The committee hopes hearing from first responders first will "set the tone" of the investigation. 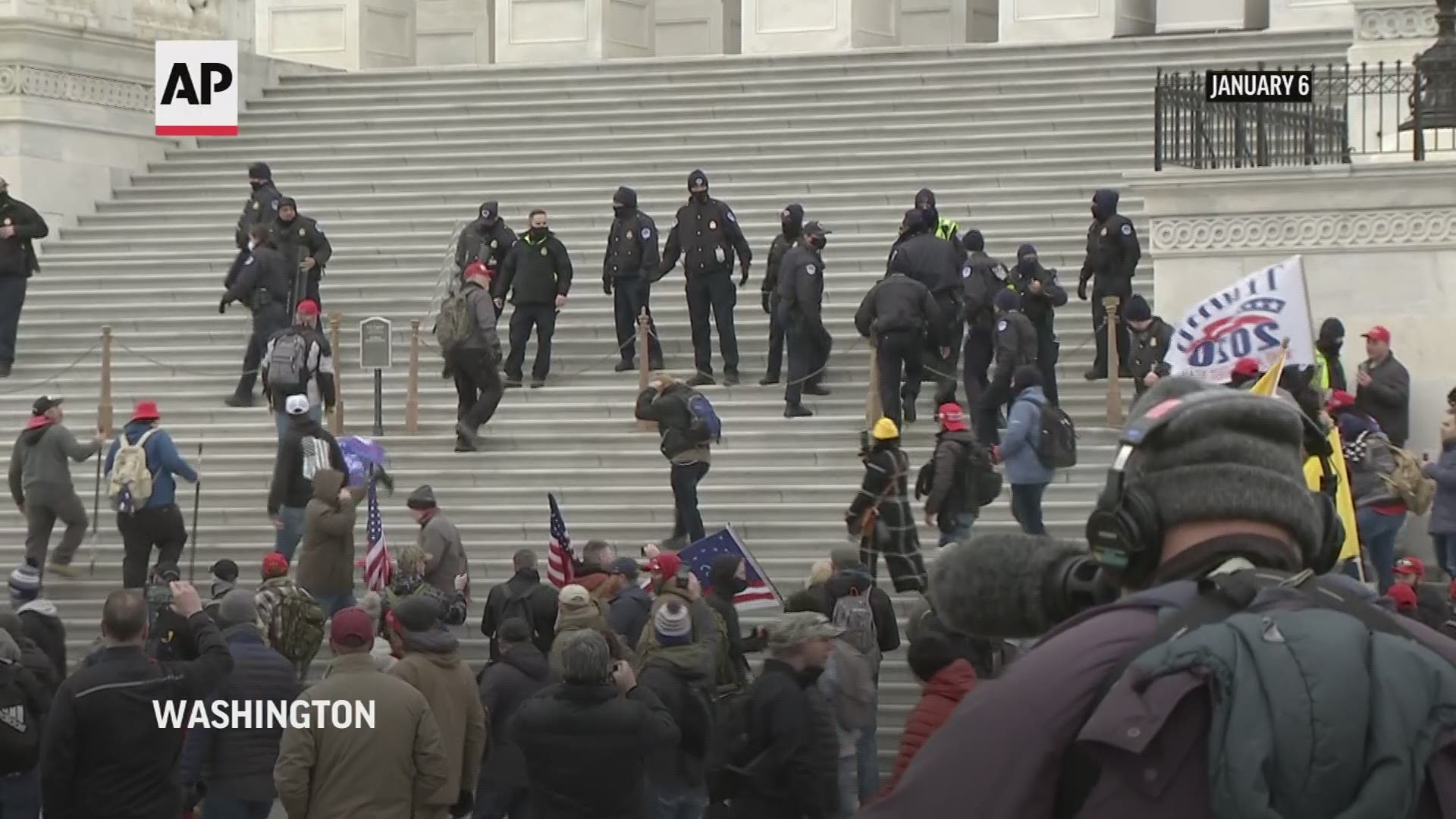 WASHINGTON — A new House committee investigating the Jan. 6 insurrection at the Capitol is expected to hold its first public hearing this month with police officers who responded to the attack and custodial staff who cleaned up afterward, chairman Rep. Bennie Thompson said.

Thompson, D-Miss., said Friday the committee hopes to “set the tone” of the investigation by hearing from those first responders, many of whom were brutally beaten and verbally abused by former President Donald Trump’s supporters as they pushed past law enforcement and broke into the Capitol to interrupt the certification of President Joe Biden’s victory.

Referring to the police officers, Thompson told The Associated Press in an interview, “We need to hear how they felt, we need to hear what people who broke into the Capitol said to them.”

He said the members of the panel, who held an initial strategy session this week, want to frame that first hearing so that it is clear that they are serious, and also that they care about “those individuals who either secure the Capitol or clean the Capitol.”

Thompson said the select committee is eyeing the week of July 19 for the hearing, which is likely to be a dramatic curtain-raiser for the new investigation. An increasing number of police officers who responded to the attack, including members of the U.S. Capitol Police and Washington’s Metropolitan Police Department, have lobbied for Congress to launch an independent, bipartisan investigation of the insurrection, but that proposal was blocked by Senate Republicans. The officers have pressured Republicans who have downplayed the violence to listen to their stories, and several watched from the gallery last week as the House voted along party lines to form the select committee.

Two Senate committees have already investigated the attack and made security recommendations, but they did not examine the origins of the siege, leaving many unanswered questions.

McCarthy has not yet said who he will appoint or if Republicans will even participate in the probe, as many are still loyal to Trump. Some have sought to downplay the insurrection and deny the political motives behind it.

Thompson said the panel welcomes Republican members, but will be moving ahead even if McCarthy chooses not to participate. Under the committee's rules, the eight members appointed by Pelosi will be enough for the committee to have a working quorum. He said a lack of GOP participation won't diminish what the committee is trying to do.

“As chair, my role is to keep the committee moving forward, making sure that whatever deflections that come up basically would not impede the work of the committee," he said. "And I plan to do that.”

Thompson said the central focus of the investigations will be why the systems that were in place that day failed — why there wasn’t a greater presence of law enforcement, why the military was delayed for hours as the police were quickly overwhelmed and why crucial intelligence predicting the attack was missed.

The panel is also expected to probe the links that some rioters had to white supremacist groups. Thompson said an assessment by FBI Director Christopher Wray that racially motivated violent extremism, and especially white supremacy, is one of the biggest threats to U.S. security “tells me that the significance of this committee’s work is as important as it can ever get.”

Thompson hasn’t said whether the panel will call Trump to testify, but said, “I don’t think anyone is off limits.”

And if any witnesses resist, Thompson reiterated that he is willing to use the panel’s subpoena authority "to the fullest extent of the law.”

He said the panel is hiring professional staff who will have the skills and experience to obtain and sort through vast amounts of data, and their work will continue through the summer break. At the strategy session on Wednesday, he told his colleagues on the committee that “whatever recess you might have planned for August, you might have to reassess it.”

The committee is still deciding how much of its work will be done behind closed doors, Thompson said, as some witnesses may not want to testify in public and some information could be sensitive or classified.

He said there will also be no foregone conclusions — on timing or otherwise — as the committee begins its work.

“We don’t have a timetable,” Thompson said. “The goal of the committee is to be as thorough as we can in the investigation, but also flexible to the point that we know that things change along the way.”