Seventeen Republican attorneys general are backing the unprecedented case while more than 20 AGs are urging the Supreme Court to reject it. 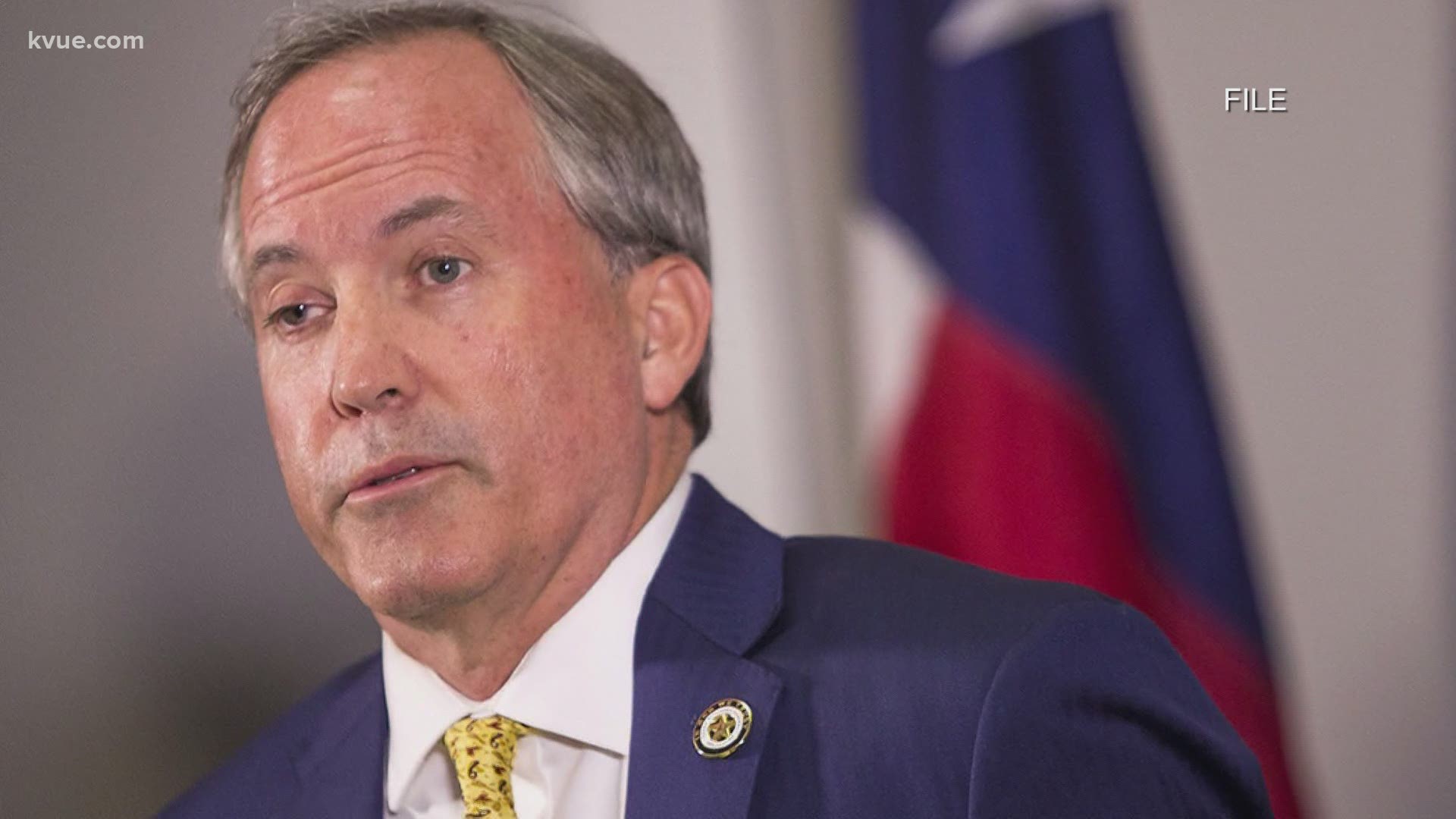 HOUSTON — Editor's note: The related video above was published Tuesday.

The Texas lawsuit asking the U.S. Supreme Court to invalidate President-elect Joe Biden’s victory has quickly become a conservative litmus test, as 106 members of Congress and multiple state attorneys general signed onto the case even as some have predicted it will fail.

The last-gasp bid to subvert the results of the Nov. 3 election is demonstrating President Donald Trump’s enduring political power even as his term is set to end. And even though most of the signatories are far-right conservatives who come from deep red districts, the filing meant that roughly one-quarter of the U.S. House believes the Supreme Court should set aside election results.

Seventeen Republican attorneys general are backing the unprecedented case that Trump is calling “the big one" despite the fact that the president and his allies have lost dozens of times in courts across the country and have no evidence of widespread fraud. And in a filing Thursday, the Congressional Republicans claimed “unconstitutional irregularities” have “cast doubt” on the 2020 outcome and “the integrity of the American system of elections.”

To be clear, there has been no evidence of widespread fraud and Trump has been seeking to subvert the will of the voters. Election law experts think the lawsuit will never last.

“The Supreme Court is not going to overturn the election in the Texas case, as the President has told them to do," tweeted Rick Hasen, a law professor at the University of California, Irvine. "But we are in bad shape as a country that 17 states could support this shameful, anti-American filing" by Texas and its attorney general, Ken Paxton, he said.

The lawsuit filed against Michigan, Georgia, Pennsylvania, and Wisconsin repeats false, disproven, and unsubstantiated accusations about the voting in four states that went for Trump's Democratic challenger. The case demands that the high court invalidate the states' 62 total Electoral College votes. That's an unprecedented remedy in American history: setting aside the votes of tens of millions of people, under the baseless claim the Republican incumbent lost a chance at a second term due to widespread fraud.

Two days after Paxton sued, 17 states filed a motion supporting the lawsuit, and on Thursday six of those states asked to join the case themselves. Trump has acted to join the case, tweeting Thursday that “the Supreme Court has a chance to save our Country from the greatest Election abuse in the history of the United States.” Hours later, Trump held a meeting at the White House, scheduled before the suit was filed, with a dozen Republican attorneys general, including Paxton and several others who are backing the effort.

Still, some of the top state Republican prosecutors urging the Supreme Court to hear the case have acknowledged that the effort is a long shot and are seeking to distance themselves from Trump’s baseless allegations of fraud. North Dakota's Wayne Stenehjem, among the 17 attorneys general supporting the case, said North Dakota is not alleging voter fraud in the four states at issue.

“We’re careful on that,” said Stenehjem, who noted that his office has received thousands of calls and emails from constituents asking the state to support the suit. “But it’s worth it for the Supreme Court to weigh in and settle it once and for all,” he said.

Montana Attorney General Tim Fox called the lawsuit “belated” and said its chances “are slim at best.” But Fox supported Texas because he said the case raised “important constitutional questions about the separation of powers and the integrity of mail-in ballots in those defendant states.”

Suits brought by Trump and his allies have failed repeatedly across the country, and the Supreme Court this week rejected a Republican bid to reverse Pennsylvania’s certification of Biden’s victory.

Trump looked straight past the high court loss, claiming it didn’t matter because his campaign wasn’t involved in the case, though it would have benefited if the case had continued. He has spent the week relentlessly tweeting about the Texas case with the hashtag “overturn” and claiming, falsely, that he had won the election but was robbed.

Many of the attorneys general supporting the case have shown greater political ambitions.

In Kansas, Republican Attorney General Derek Schmidt, who is considering a bid for governor in 2022, said the Texas case presented “important and potentially recurring constitutional questions.” Schmidt’s announcement that Kansas would back the effort came only hours after former Republican Gov. Jeff Colyer — another potential candidate for governor — tweeted that Schmidt’s office should join the Texas litigation.

The case has stirred Republican infighting in Utah, where GOP Gov. Gary Herbert and Lt. Gov. Spencer Cox, who will become governor in January, blasted Attorney General Sean Reyes for deciding to join the suit.

“The Attorney General did not consult us before signing on to this brief, so we don’t know what his motivation is,” they said in a joint statement. “Just as we would not want other states challenging Utah’s election results, we do not think we should intervene in other states’ elections.”

Officials in Michigan, Pennsylvania, Georgia and Wisconsin say the suit is a publicity stunt. More than 20 other attorneys general from states including California and Virginia also filed a brief Thursday urging the court to reject the case.

“Since Election Day, State and Federal courts throughout the country have been flooded with frivolous lawsuits aimed at disenfranchising large swaths of voters and undermining the legitimacy of the election. The State of Texas has now added its voice to the cacophony of bogus claims," Pennsylvania Attorney General Josh Shapiro, a Democrat, wrote in the state's brief.

Despite the political pressure, Idaho’s Republican attorney general chose not to join the Texas suit. Lawrence Wasden said he has concerns about "supporting a legal argument that could result in other states litigating against legal decisions made by Idaho’s legislature and governor.” Idaho's two congressmen, Republicans Mike Simpson and Russ Fulcher, joined the legal brief from GOP House members supporting Paxton’s effort.

“As is sometimes the case, the legally correct decision may not be the politically convenient decision,” Wasden said in a statement. “But my responsibility is to the state of Idaho and the rule of law.”