Millions of bright, young, blue stars are shining in the spiral, feather-like arms. 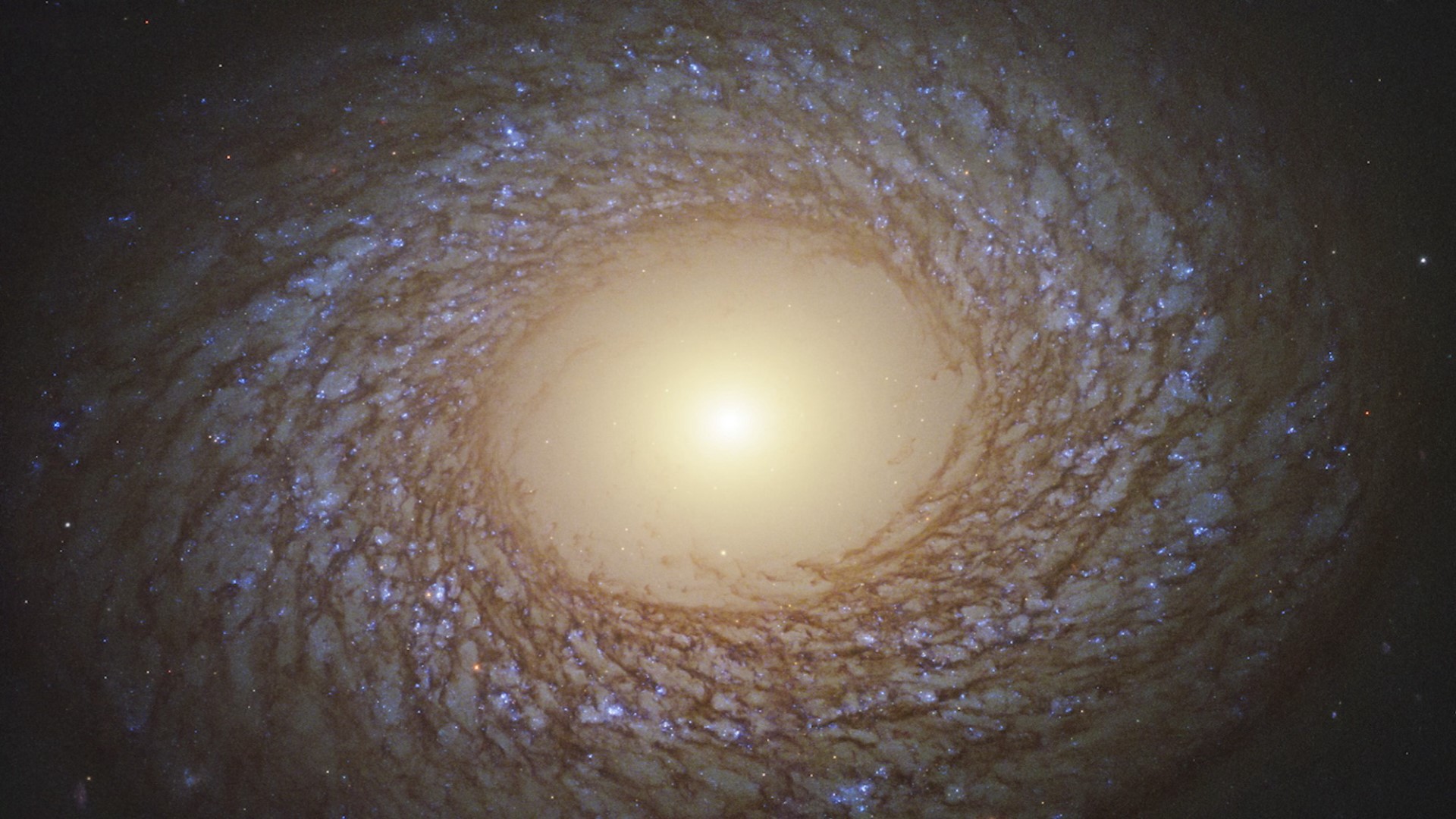 The Hubble Space Telescope has produced a striking image of a galaxy with spiral arms that resemble delicate bird feathers surrounding a bulge of what appears to be mostly empty space.

The European Space Agency said the flocculent, or fluffy-looking, spiral arms from galaxy NGC 2775 indicate a recent history of star formations that has been relatively quiet.

The image shows a bright core to the galaxy, surrounded by a bulge of what appears to the eye to be virtually empty space. The feathery arms surround that empty region.

"Millions of bright, young, blue stars shine in the complex, feather-like spiral arms, interlaced with dark lanes of dust. Complexes of these hot, blue stars are thought to trigger star formation in nearby gas clouds," the ESA said via NASA. "The overall feather-like spiral patterns of the arms are then formed by shearing of the gas clouds as the galaxy rotates. The spiral nature of flocculent galaxies stands in contrast to the grand-design spirals, which have prominent, well defined-spiral arms."

NGC 2275 is located in the constellation of Cancer. It would take 67 million years to reach the galaxy if traveling at the speed of light.

RELATED: 36 intelligent, communicating alien species could be in our galaxy, study suggests

RELATED: This orange swirl is your first look ever at the formation of a baby planet