Carter Page alleges the FBI and DOJ made a series of omissions and errors in applications they submitted to eavesdrop on him on suspicion he was a Russia agent. 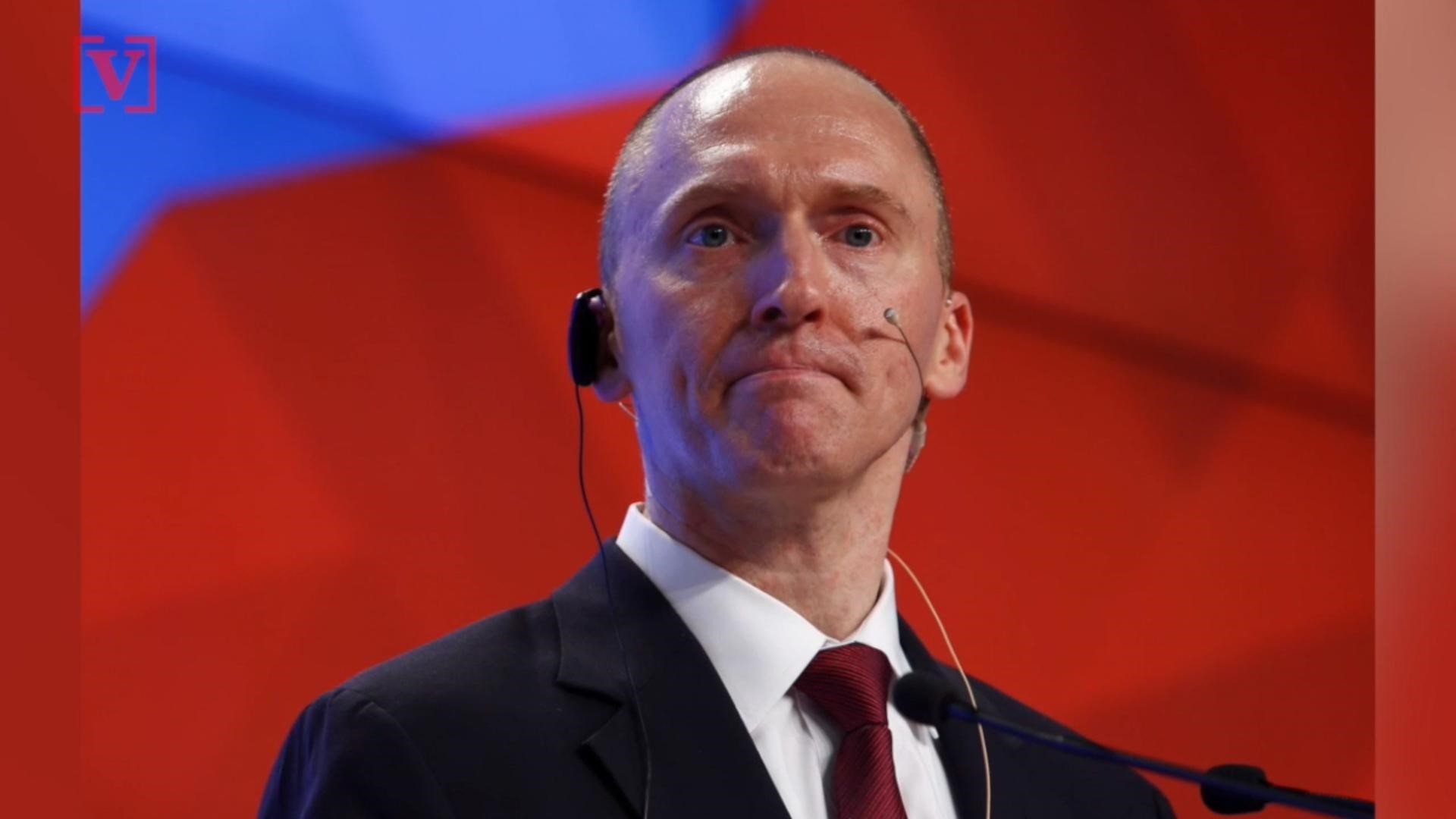 WASHINGTON — Editor's note: The related video above was published in February 2018.

A former Trump campaign associate who was the target of a secret surveillance warrant during the FBI's Russia investigation says in a federal lawsuit that he was the victim of “unlawful spying.”

The suit from Carter Page alleges a series of omissions and errors made by FBI and Justice Department officials in applications they submitted in 2016 and 2017 to the Foreign Intelligence Surveillance Court to eavesdrop on Page on suspicion that he was an agent of Russia.

“Since not a single proven fact ever established complicity with Russia involving Dr. Page, there never was probable cause to seek or obtain the FISA Warrants targeting him on this basis,” the lawsuit says, using the acronym for the Foreign Intelligence Surveillance Act.

Page has received death and kidnapping threats and has suffered economic losses and “irreparable damage to his reputation," according to the lawsuit, which was filed Friday in federal court in Washington.

The lawsuit to some extent echoes the conclusions of a Justice Department inspector general report that found significant problems with the four applications. Former FBI and Justice Department leaders who were involved in signing off on the surveillance have since testified they wouldn't have done so had they known of the extent of the issues, and the FBI has initiated more than 40 corrective steps aimed at improving the accuracy and thoroughness of applications.

In the complaint, Page accuses the FBI of relying excessively for information on Christopher Steele, a former British spy whose research during the 2016 campaign into Donald Trump's ties to Russia was funded by Democrats. It says the FBI failed to tell the surveillance court that Steele's primary source had contradicted information that Steele had attributed to him, or that Page had denied to an informant for the FBI having “any involvement with Russia on behalf of the Trump campaign.”

The complaint also accuses the FBI of having misled the surveillance court about his relationship with the CIA, for whom Page had been an operational contact between 2008 and 2013. A former FBI lawyer, Kevin Clinesmith, pleaded guilty in August to altering an email to say that Page had not been a source for the CIA.

Credit: AP
FILE - In this Nov. 2, 2017, photo, Carter Page, a foreign policy adviser to Donald Trump's 2016 presidential campaign, speaks with reporters following a day of questions from the House Intelligence Committee, on Capitol Hill in Washington. Page, who was the target of a secret surveillance warrant during the FBI’s Russia investigation says in a federal lawsuit filed Friday, Nov. 27, 2020, that he was the victim of “unlawful spying.” The suit from Carter Page alleges a series of omissions and errors made by FBI and Justice Department officials in applications they submitted to the Foreign Intelligence Surveillance Court to eavesdrop on Page on suspicion that he was an agent of Russia.(AP Photo/J. Scott Applewhite)

The suit names as defendants the FBI and the Justice Department, as well as former FBI Director James Comey, former FBI Deputy Director Andrew McCabe and additional officials who were involved in the Russia investigation.

Despite the problems with the warrant applications, the scrutiny of Page, who was never charged with any wrongdoing, accounted for only a narrow portion of the overall investigation into ties between the Trump campaign and Russia.

The same inspector general report that detailed problems in the applications also concluded that the FBI had a legitimate basis for opening the Russia investigation, and did not find evidence that any of its actions were influenced by political bias.