Publisher of 'A Warning' by Trump official gets DOJ warning

The Justice Department wants to know if the anonymous official will be violating any nondisclosure agreements. 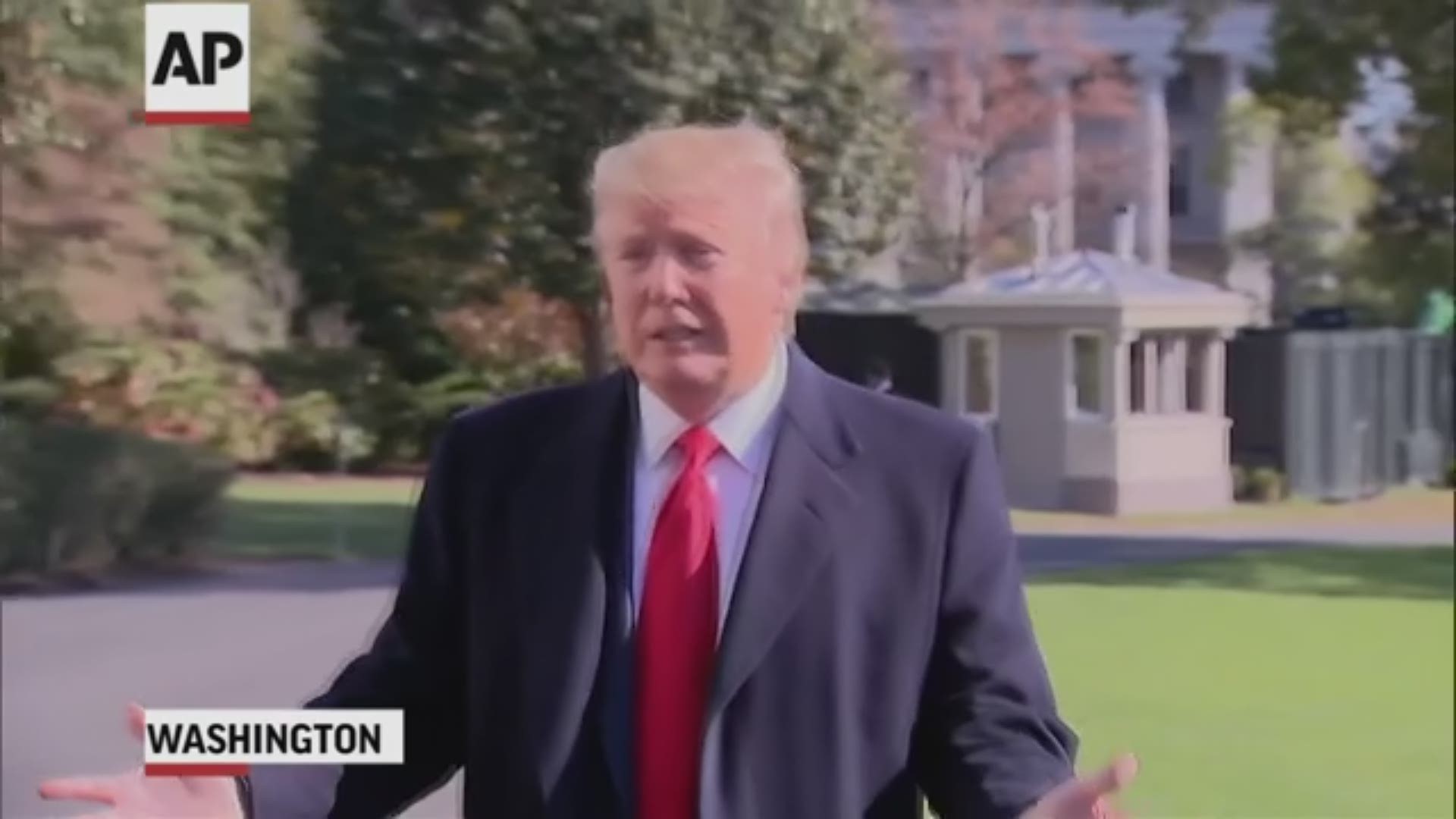 NEW YORK — The Justice Department has sent a letter to the publisher and literary agency of the anonymous government official whose book is scheduled to come out later this month. The letter raises questions over whether any confidentiality agreement has been violated and asked for information that could help reveal the author's identity.

The publisher, Hachette Book Group, responded Monday by saying it would provide no additional information beyond calling the author a "current or former senior official."

The book, "A Warning," is by the official who wrote an essay published last year in The New York Times, alleging that numerous people in the government were resisting the "misguided impulses" of President Donald Trump. News of the Justice Department letter was first reported by CNN.

RELATED: Former US Ambassador lays out Trump White House campaign to oust her

"A Warning" has a Nov. 19 release date. The DOJ letter, dated Monday, is from Assistant Attorney General Joseph H. Hunt and addressed to Hachette general counsel Carol F. Ross and to Keith Urbahn and Matt Latimer of the Washington, D.C.-based Javelin literary agency.

"If the author is, in fact, a current or former 'senior official' in the Trump Administration, publication of the book" might violate "that official's legal obligations under one or more nondisclosure agreements, including nondisclosure agreements that are routinely required with respect to information obtained in the course of one's official responsibilities or as a condition for access to classified information," reads the letter, which Hachette shared with The Associated Press.

Ross wrote back that the publisher was not "party to any nondisclosure agreements" that would require pre-publication review. Ross added that "Hachette routinely relies on its authors to comply with any contractual obligations they may have" and that it was committed to maintaining the official's anonymity.

"Hachette respectfully declines to provide you with the information your letter seeks," she wrote.

Other recent books have drawn attention from Trump and the DOJ. In September, the U.S. government filed a lawsuit against former National Security Agency contractor Edward Snowden, alleging he violated nondisclosure agreements by publishing the memoir "Permanent Record" without giving the government an opportunity to review it first.

In 2018, a Trump lawyer sent a cease-and-desist letter to the publisher of Michael Wolff's inflammatory account of the Trump White House, "Fire and Fury." The letter was ignored, and the book became a million seller. As of midday Monday, "A Warning" was No. 50 on Amazon.com's best seller list. It briefly topped the list after its announcement last month.