Democratic Debate: The candidates on the biggest misconceptions about them

A tense debate stage cooled town Tuesday night with the candidates clearing up for the country what they believe is something people get wrong about them often. 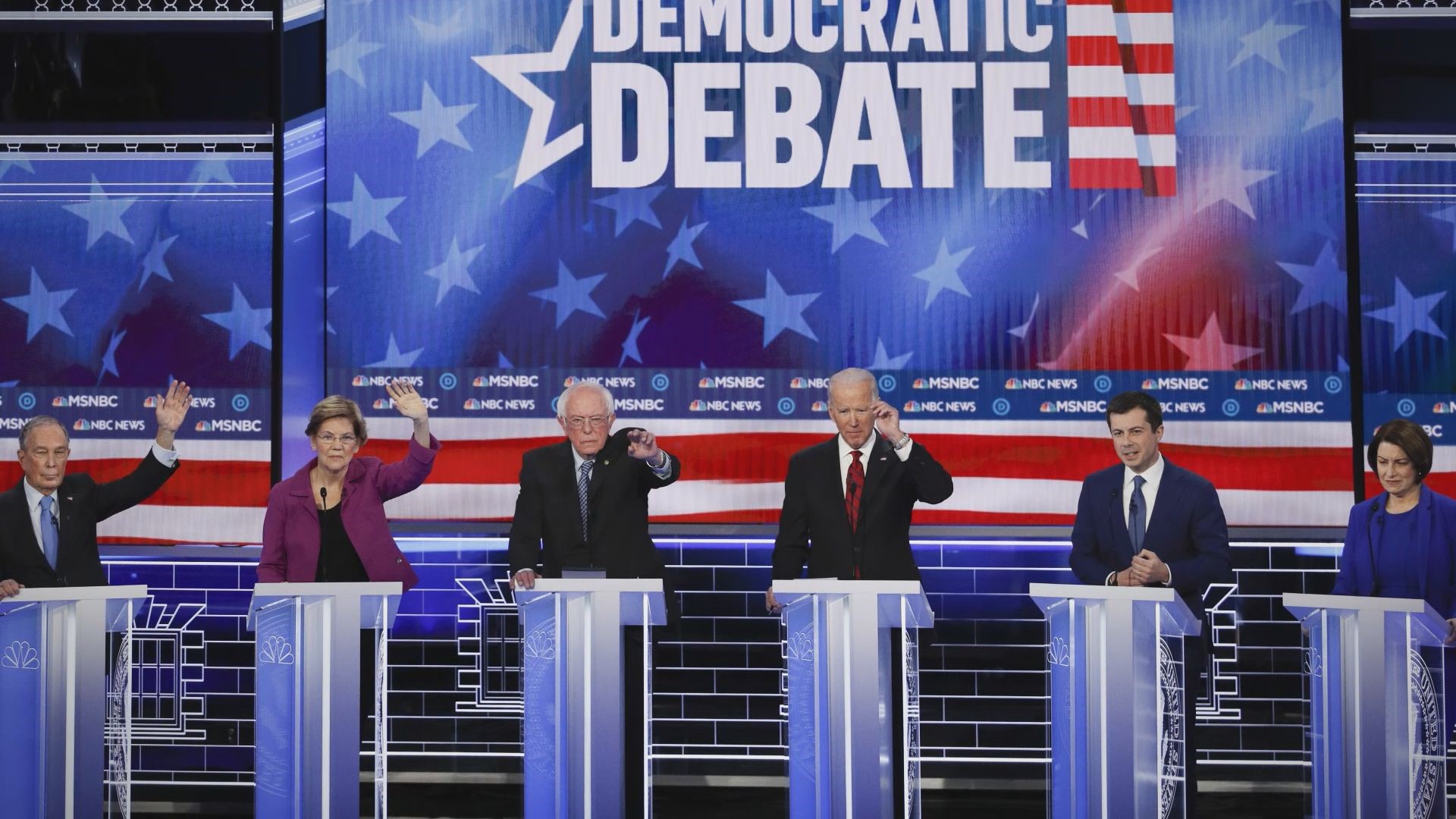 WASHINGTON — As Democratic rivals fought to knock Bernie Sanders off his front-runner standing in Tuesday night's critical debate ahead of the South Carolina primary, the senator faced heated attention on stage. Bloomberg who was the focus in the last debate for his highly anticipated debut, was labeled the 'riskiest' candidate by Sen. Elizabeth Warren Tuesday night.

The heated night of interruptions and gripes about speaking time ended with the candidates being asked to tell the nation what they believe are the biggest misconceptions about them, and to follow it up with their motto.

Michael Bloomberg kept it simple making a joke about height on his biggest misconception saying people think he is tall. But for his Motto, the former New York mayor said that he would be more about action than just talk.

Elizabeth Warren also went in for a joke causing the audience to laugh after she said people think she doesn't eat very much.

American businessman Tom Steyer wants people to know that he is not defined by success and money and says his motto is that he will tell the truth and do what's right.

Sen. Amy Klobuchar decided to make a joke also saying that she thinks people believe she is boring, which she says she is not. Her motto is that politics is about improving people's lives.

RELATED: Democratic debate ends after a heated night on stage

For Pete Buttigieg, the former South Bend, Indiana mayor said the biggest misconception about him is that he isn't passionate enough. Buttigieg said that his motto is that in order to be a leader, one must be a servant and treat others as we'd want to be treated.

Bernie Sanders, who faced a lot of heat tonight for his ideas that don't fall in line with most rank and file Democrats, said he believes people think his ideas are radical. He argued that the ideas he holds are not, because they exist in most countries. Sanders' motto was a Mandela reference which says that everything is impossible until it happens.

Joe Biden, who complained multiple times that he was not getting enough speaking time on the debate stage Tuesday night also went for a joke for his misconception. He smiled as he said that people think he has more hair than he does. Biden made a point to say that he would try and make sure that a black woman would be appointed to the Supreme Court during his presidency.
His motto? That everyone should be treated with dignity and everyone should have representation.