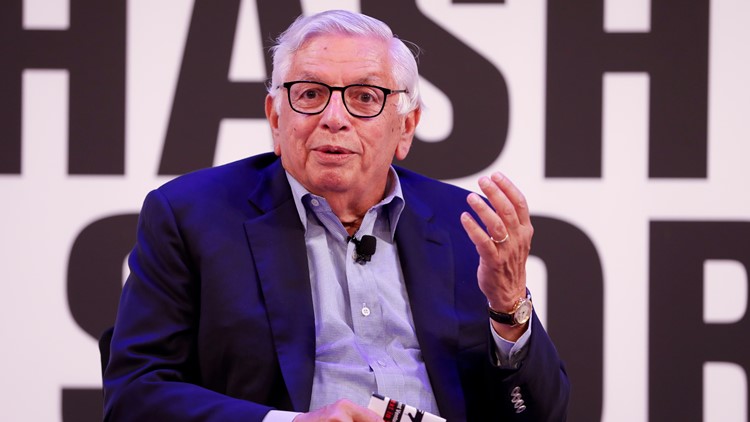 Photo by: AP
IMAGE DISTRIBUTED FOR HASHTAG SPORTS- David Stern from NBA being interviewed on stage by Daniel Shichman from WSC Sports, at the Hashtag Sports event, at The Times Center on Wednesday, June 26, 2019 in New York. (Ann-Sophie Fjello-Jensen/AP Images for Hashtag Sports)

Reporters on social media shared a statement from the pro basketball league that said Stern suffered the brain bleeding on Thursday.

"Our thoughts and prayers are with David and his family," the NBA statement said.

The league had no update on his condition Friday, according to the Associated Press.

The 77-year-old suffered the brain hemorrhage while having lunch at a midtown Manhattan restaurant.

Stern served as NBA commissioner for 30 years until February 2014, when current Commissioner Adam Silver took on the role.