The Super Bowl champions stood in solidarity as 'Lift Every Voice and Sing,' often referred to as the 'Black national anthem,' was sung by Alicia Keys. 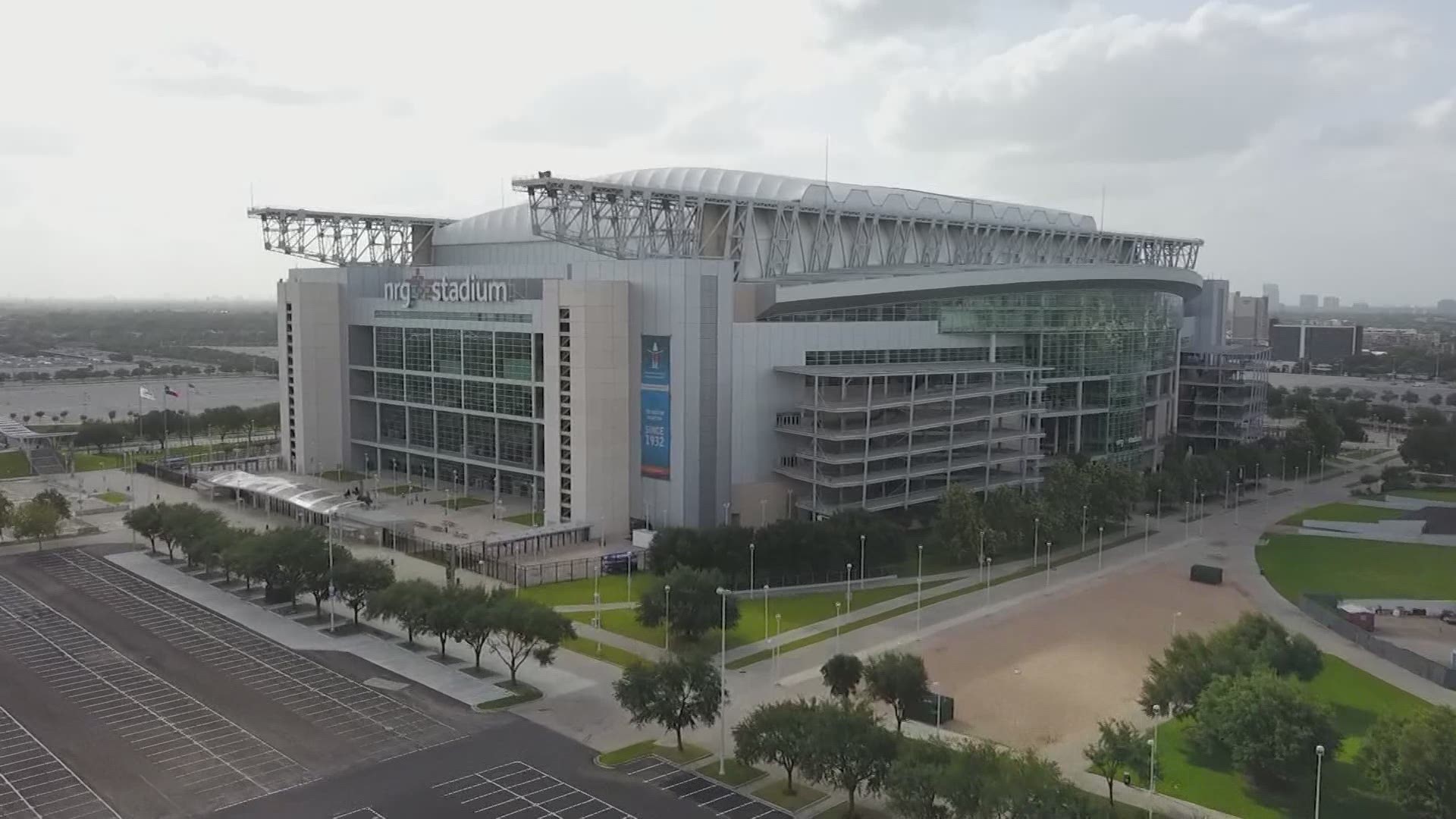 KANSAS CITY, Mo. — The Kansas City Chiefs lined up along the goal line about 30 minutes before kickoff Thursday night in a show of solidarity for social justice initiatives while a video played on the screens in each end zone of Arrowhead Stadium.

Along with the words “It Takes All of Us” on the screens, the video showcased Alicia Keys performing the song “Lift Every Voice and Sing.” Often referred to as the “Black national anthem,” it was written as a poem by James Weldon Johnson and set to music by his brother, J. Rosamond Johnson.

The song will be played before every Week 1 game this season as the NFL continues to address social injustice.

RELATED: Thursday marks a rare day in the sports world

The opening game of the pro football league's season is in Kansas City on Thursday featuring the Houston Texans. The Texans had already left the field when the video was shown as the Chiefs lined up.

Houston remained in the locker room during the national anthem before the opener in a coordinated display meant to bring awareness to Black Lives Matter and other social justice initiatives.

The #Texans did not come onto the field for tonight’s national anthem in Kansas City.

The anthem was performed by R&B duo Chloe X Halle from an empty stadium and streamed on the video screens. As soon as it was over, the Texans and their coaching staff ran out of the tunnel in the corner of Arrowhead Stadium.

The Chiefs stood along their sideline during the anthem. Most of them had their hands over the hearts, but at least one player was seen kneeling and raising a fist.

The two teams then met at midfield to shake hands while messages such as “We believe Black lives matter” and “It takes all of us" played on the screen. They then lined up from end zone to end zone in a show of solidarity before the coin toss.

Both teams arrived at their opener Thursday night without any significant health concerns, either because of injuries or the coronavirus.

Thousands of Chiefs fans had trickled into the parking lots surrounding Arrowhead to watch the Super Bowl champions kick off the season against Houston.

The Chiefs are among five franchises that have been given the green light to have fans in person. The number was capped at 22% of the capacity of the stadium, and that equates to about 17,000 fans. Most of those who arrived early huddled with friends under tents in the parking lots as rain continued to fall.

The Chiefs are using a pod system that allows fans to sit with their group, but that also puts a certain amount of empty seats between the groups. Most fans said they thought those precautions, along with the requirement of face masks, will be enough to ensure the game can be played safely with people in the stands.

Kansas City raised their Super Bowl banner and presented the Lombardi Trophy to the roughly 17,000 fans at Arrowhead.

The team's chairman, Clark Hunt, high-fived his family members at midfield as the Chiefs spilled out of the tunnel and round after round of fireworks shot off over the stadium. The team also wheeled out a 20-foot replica of the Lombardi Trophy during a relatively muted pregame celebration during the coronavirus pandemic.

The championship flag now flies below one from the 1969 championship — the Chiefs' only other Super Bowl win.