Georgia's two runoff elections will determine control of the U.S. Senate and, thus, how far President-elect Joe Biden can reach in his legislative agenda. 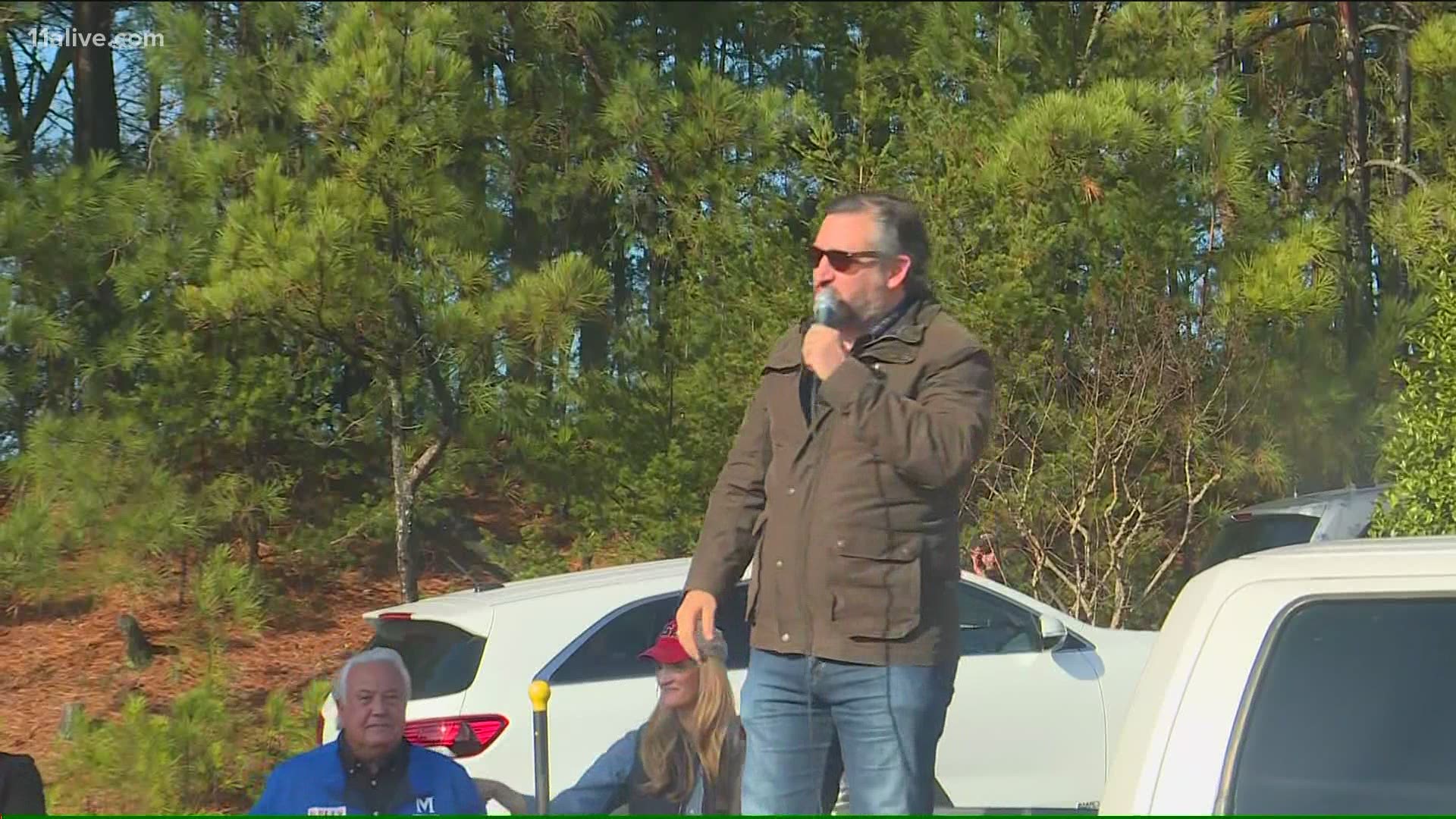 ATLANTA — Usually it's a president's first midterm election that reorders a White House's political approach and priorities. For President-elect Joe Biden, his most defining congressional election is coming before he takes office.

Two runoffs Tuesday in Georgia will decide which party controls the Senate and, thus, how far the new president can reach legislatively on issues such as the pandemic, health care, taxation, energy and the environment. For a politician who sold himself to Americans as a uniter and a seasoned legislative broker, the Georgia elections will help determine whether he's able to live up to his billing.

“It’s not that you can’t get anything done in the minority or get everything done in the majority, but having the gavel, having that leadership control can be the difference in success or failure for an administration,” said Jim Manley, once a top aide to former Democratic Senate Leader Harry Reid, who held his post opposite current Senate Majority Leader Mitch McConnell.

Both Georgia Democrats Jon Ossoff and Raphael Warnock must win Tuesday to split the Senate 50-50. Vice President-elect Kamala Harris, as president of the Senate, would provide the tiebreaker needed to determine control.

To be sure, even a closely divided Democratic Senate wouldn’t give Biden everything he wants. Senate rules still require 60 votes to advance most major legislation; for now, there aren't enough Democrats willing to change that requirement. So, regardless of Georgia's results, Biden will have to win over Republicans in a Senate where a bipartisan group of more centrist senators stand to see their stock rise.

A Democratic Senate still would clear an easier path for Biden’s nominees to key posts, especially on the federal judiciary, and give Democrats control of committees and much of the floor action. Conversely, a Senate led by McConnell almost certainly would deny Biden major legislative victories, as it did late in President Barack Obama’s tenure, by keeping his agenda from even getting up-or-down votes.

Biden's team is keenly aware of the stakes. The president-elect will travel to Atlanta on Monday, the eve of the runoffs, to campaign with Ossoff and Warnock for the second time in three weeks. Biden’s campaign aides have helped raise millions to boost the party infrastructure that helped Biden become the first Democratic presidential nominee since 1992 to carry the state. Vice President-elect Kamala Harris will campaign Sunday in Savannah.

In his last visit, Biden called Republican Sens. David Perdue and Kelly Loeffler “roadblocks” and urged Georgians “to vote for two United States senators who know how to say the word ‘yes’ and not just ‘no.’”

Congressional makeup shapes any administration, but perhaps even more so for Biden, who spent 36 years in the Senate, plus eight as Obama’s vice president and top congressional liaison. Biden leaned on that resume to pitch himself to the country as a consensus builder; he also criticized presidents' increased use of executive action to go around Congress and insisted it would be different in his presidency.

Even some Republicans are hopeful. Michael Steel, once a top adviser to Republican House Speaker John Boehner, a chief Obama foil along with McConnell, blamed Obama’s Capitol Hill troubles on his personal approach to his fellow politicians. Conversely, Steel said, “President-elect Biden is a legislator by avocation, by training, by instinct, by experience in a way that former President Obama was not.”

Steel predicted Biden and McConnell, two former colleagues, can find “common ground” on infrastructure and immigration — policy areas that have stumped multiple administrations. Steel noted a handful of Republican senators, including Marco Rubio of Florida and Rob Portman of Ohio, could face tough reelection fights in 2022, potentially making them eager to cut deals they could tout in campaigns.

Still, there's no indication McConnell would allow consideration of other top Biden priorities, most notably a “public option” expansion of the 2010 Affordable Care Act, which passed without a single Republican vote when Democrats controlled both chambers on Capitol Hill. Biden's proposed tax hikes on corporations and the wealthiest Americans also are likely dead in a GOP Senate.

Biden will need his negotiating skills to navigate the left flank of his own party as well. While progressives say they've lowered their expectations of what's possible — even under a Democratic Senate — they still intend to push Biden.

Larry Cohen, chairman of Our Revolution, the offshoot of Vermont Sen. Bernie Sanders' 2016 presidential bid, said progressives will press Democrats in Congress to use the "budget reconciliation” process to work around the Senate's 60-vote filibuster threshold. Cohen argued that tactic might be used to accomplish long-sought goals like ending tax subsidies to fossil fuel companies and enabling the Centers for Medicare & Medicaid Services to negotiate as a single customer with pharmaceutical companies.

Those moves, Cohen noted, could generate considerable savings, creating new revenue even if Republicans won’t agree to any tax increases.

He also said progressives will push Biden to use executive authority. He named two initiatives Biden has called for publicly: ending new drilling on federal lands and raising the minimum wage for federal contractors to $15 per hour, even if Congress won’t set that floor across the economy. Another progressive priority, cancelling student debt under federal loan programs, is something Biden has not said whether he’d be willing to attempt unilaterally.

Democrats’ limited expectations about their own power, even with a potential majority, belie the exaggerated claims Republicans have used in the Georgia races.

In Perdue’s and Loeffler’s telling, a Democratic Senate would “rubber stamp” a “socialist agenda,” from “ending private insurance” and “expanding the Supreme Court” to adopting wholesale a “Green New Deal” that would spend trillions and raise taxes on every U.S. household by thousands of dollars each year. Besides misrepresenting Biden’s and most Democratic senators’ policy preferences, that characterization ignores the reality of the Senate’s roster.

At one campaign stop this week, Ossoff said Perdue’s “ridiculous” attacks “blow my mind.” He scoffed at the claim that his policy ideas, which align closely with Biden, amount to a leftist lunge. But the challenger agreed with the incumbent on how much the Georgia runoffs matter.

“We have too much good work to do,” Ossoff said, “to be mired in gridlock and obstruction for the next few years.”