Model with no baby bump or morning sickness has surprise daughter

Erin Langmaid of Australia gave birth to the nearly 8-pound girl on her bathroom floor with almost no warning. 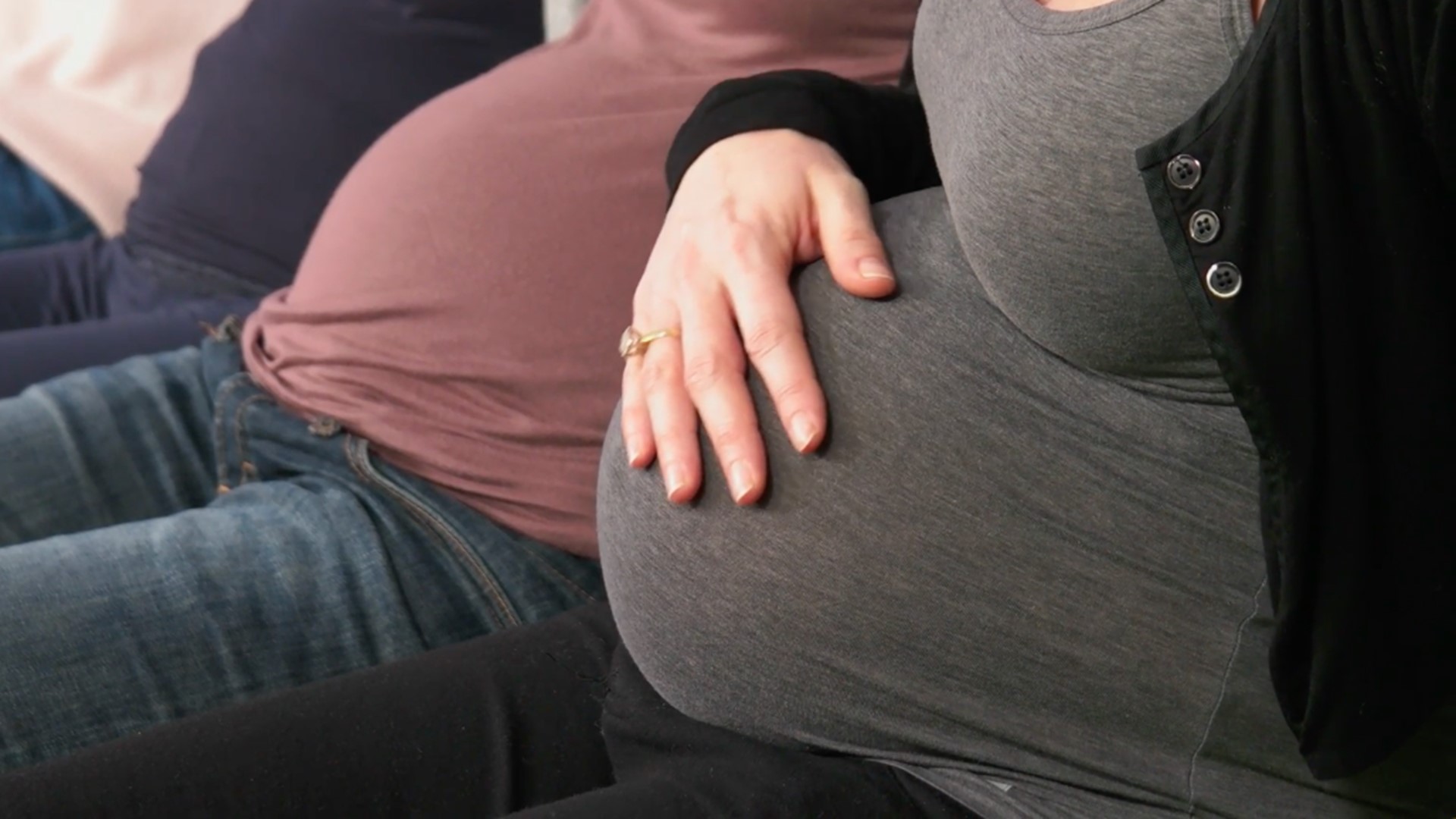 An Australian model who reportedly showed no signs of being pregnant gave birth last month to a 7-pound, 7-ounce baby girl. It was the quick-thinking of the girl's father that helped the baby survive.

Australia's 7News and The Washington Post report Erin Langmaid -- who had no baby bump, never suffered morning sickness or cravings and was using contraceptive injections -- realized she was pregnant 10 minutes before giving birth to little Isla on her bathroom floor. She wasn't feeling well on Oct. 29, but didn't know why until the baby's arrival.

When Isla was born, she wasn't breathing. Her father, Dan Carty, quickly called Australia's version of 911. When asked by the operator how many weeks Erin had been pregnant, Dan reportedly said “We don’t know. We didn’t know she was pregnant. Mother’s okay and the baby is not okay.”

The operator talked them through it and helped Isla to survive.

"The hardest week of our lives, you are my rock. And now you are Isla’s.
2 years with you," Erin wrote.

RELATED: New Orleans baby healed after doctors gave him hours to live, is it a miracle?

Erin is a fairly frequent poster to Instagram. The most recent full-body shot she posted is from October 5. It's not clear from the photo if it was taken that day, but there are no signs of Erin having a significant baby bump -- although she is wearing a loose-fitting blouse. Presuming the baby was full term, Erin would have been approximately 36 weeks pregnant at that time.

"I wasn't showing obviously because I fit into everything. It's just really bizarre," Erin told 7NEWS.

According to Healthline.com, anecdotal evidence finds about 1-in-475 pregnancies involve women who who may not be aware they are pregnant, but there hasn't been a lot of scientific research. Extreme examples of such pregnancies are the basis for the TV show "I Didn't Know I Was Pregnant."

Erin and Dan are trying to adapt to the new world of parenthood that they had no time to prepare for.

"I'm still in shock, but you just adjust and this is our life now. We wouldn't change it," Erin said.