The wallet, lost in the late 1960s, was found at McMurdo Station in 2014, but it took years of sleuthing to return it to its rightful owner. 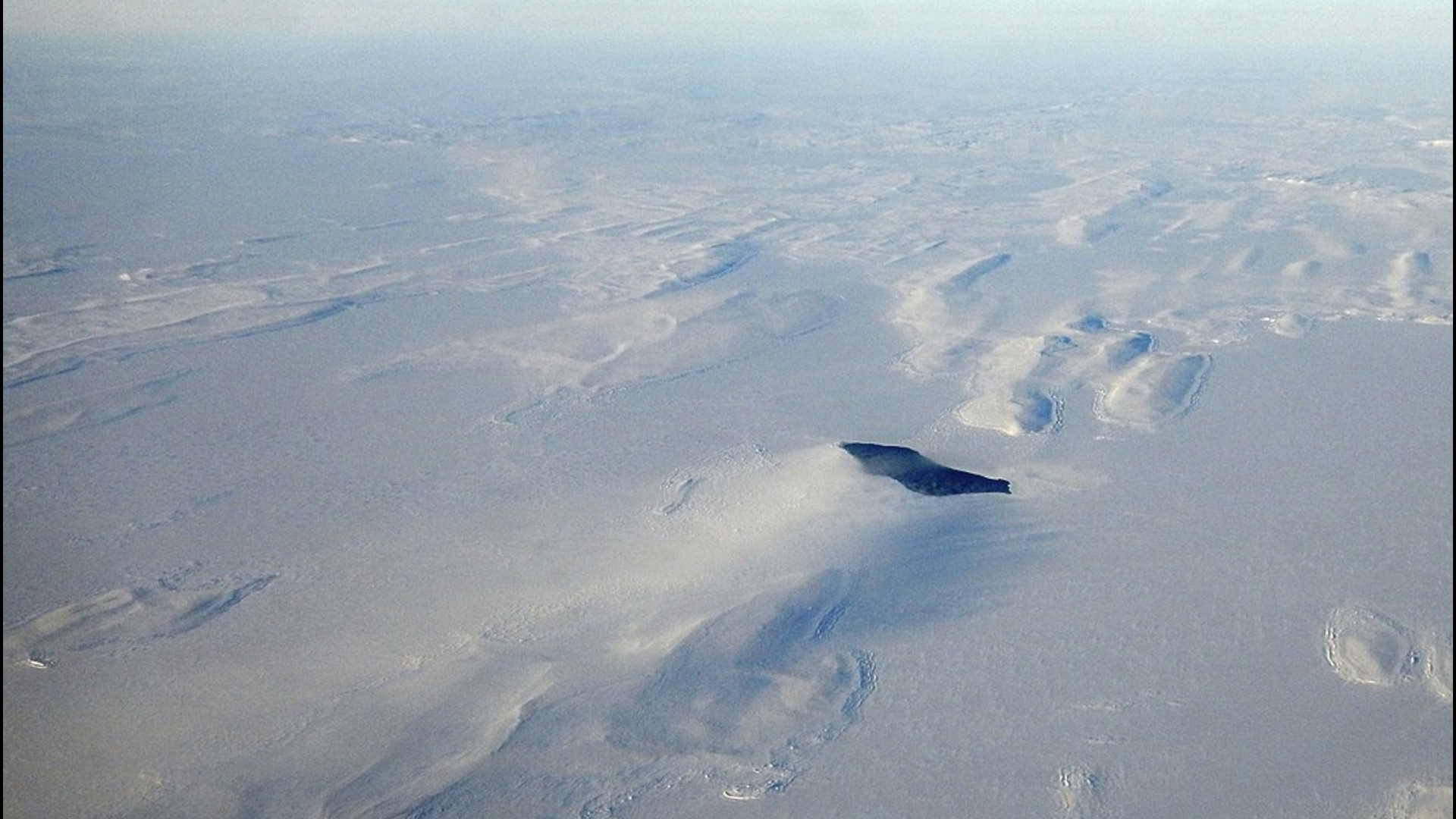 SAN DIEGO — Paul Grisham’s wallet was missing for so long at the bottom of the world he forgot all about it. Fifty-three years later, the 91-year-old San Diego man has the billfold back along with mementos of his 13-month assignment as a Navy meteorologist on Antarctica in the 1960s.

“I was just blown away,” Grisham told The San Diego Union-Tribune after the wallet was returned on Saturday. “There was a long series of people involved who tracked me down and ran me to ground.”

The wallet contained his Navy ID card, driver license, a pocket reference card on what to do during atomic, biological and chemical attack, a beer ration punch card, a tax withholding statement and receipts for money orders sent to his wife.

Credit: AP
Paul Grisham and his wife Carole Salazar look over his wallet and the items that were inside when he lost it in Antarctica back in 1968 at their home in the San Carlos neighborhood of San Diego, Calif., Wednesday, Feb. 3, 2021. (Nelvin C. Cepeda/The San Diego Union-Tribune via AP)

Grisham, who was raised in Douglas, Arizona, enlisted in the Navy in 1948. He became a weather technician and then a weather forecaster.

He was assigned to Antarctica as part of “Operation Deep Freeze,” which supported civilian scientists, and shipped out to the frozen continent in October 1967. At the time, he was in his 30s and married with two toddlers.

“I went down there kicking and screaming,” he told the Union-Tribune.

At some point while down on “The Ice,” Grisham lost the wallet, something he later forgot about.

It was found behind a locker in 2014 during demolition of a building at McMurdo Station on Antarctica’s Ross Island. But finding its owner took emails, Facebook messages and letters exchanged among a group of amateur sleuths.

Stephen Decato and his daughter Sarah Lindbergh, both of New Hampshire, and Bruce McKee of the Indiana Spirit of ’45 nonprofit foundation had previously worked to return a Navy service ID bracelet to its owner. Decato spotted the bracelet in a shop and bought it. His daughter then located McKee’s veterans tribute organization and his online notice about it led to the original owner.

Decato had worked for an agency that does research in Antarctica. His former boss, George Blaisdell, heard about the bracelet episode and decided to send Decato two wallets that were found during the McMurdo demolition. Lindbergh again contacted McKee, who in turn contacted Gary Cox of the Naval Weather Service Association, a group that includes Grisham.

The second wallet was returned to the family of a man who died in 2016.

Grisham told the Union-Tribune it is hard to grasp the vastness and remoteness of Antarctica. A luxury was a daily after-work martini, and once a week he contacted his wife, Wilma, by voice relay through shortwave radio operators.

Grisham retired from the Navy in 1977 and lived in Monterey, California, where Wilma died in 2000. He married again, to Carole Salazar of San Diego, in 2003.