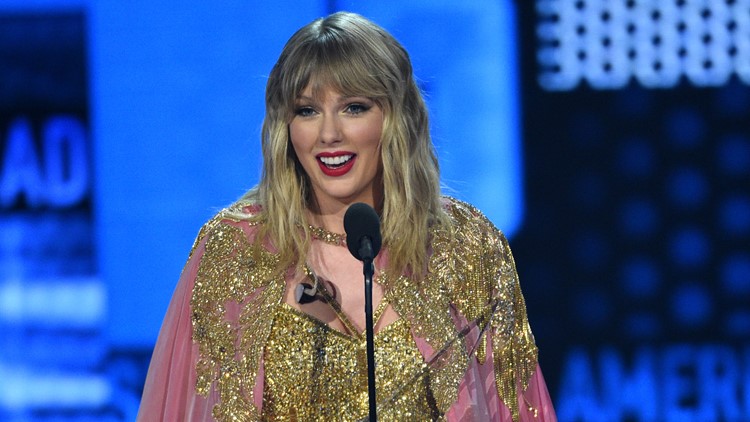 LOS ANGELES — Taylor Swift has won artist of the year at the American Music Awards and surpassed Michael Jackson as the ceremony's most-honored performer.

It was the singer-songwriter’s night practically from start to finish, with her winning favorite pop/rock album for “Lover” early in the show and then going on to perform a medley of her hits before accepting the artist of the decade award.

Swift went to hug Post Malone, wearing a flowing pink and gold cape after her name was announced for the night’s top award.

RELATED: Lizzo shows off a tiny purse at the AMAs