Alec Baldwin denies he 'punched anyone over a parking spot' after arrest, assault charge 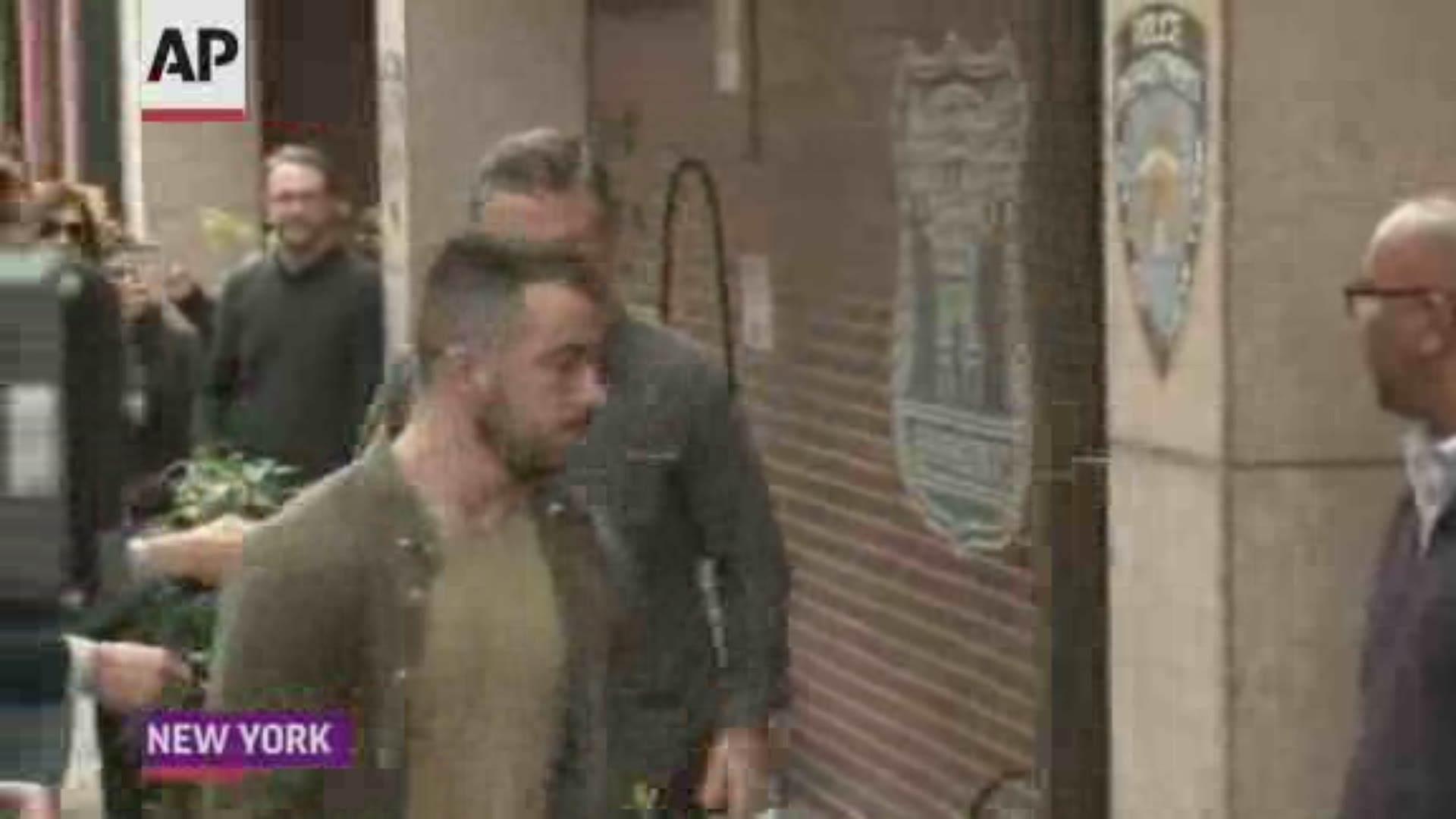 NEW YORK — Alec Baldwin is flatly denying he "punched anyone over a parking spot" prior to his arrest on Friday.

Baldwin was arrested and charged with assault in New York after allegedly punching a man over a parking dispute, police told USA TODAY.

Baldwin called the situation "egregiously misstated" in a response posted on a Twitter account for the Hilaria and Alec Baldwin Foundation.

"The assertion that I punched anyone over a parking spot is false. I wanted to go on the record stating as much," he wrote, saying the "negative charges" were "clickbait entertainment."

"Fortunately, no matter how reverberating the echos, it doesn’t make the statements true," Baldwin wrote.

He has been charged with misdemeanor assault and harassment, said spokesperson Det. Sophia Mason, and was released from the NYPD's 10th Precinct.

Mason said Baldwin was given a desk appearance ticket, meaning he will go before a judge on the charges at a later date.

Police said Baldwin was arrested about 1:30 p.m. ET, after he allegedly punched a 49-year-old man in a dispute over a parking spot near 10th Street and Fifth Avenue in the Greenwich Village neighborhood, not far from Washington Square Park.

Allegedly, the other guy swooped into a space Baldwin was preparing to park in himself, and he was not pleased. The victim was punched in the face and was taken to a hospital where he is in stable condition, police said.

1- Normally, I would not comment on something as egregiously misstated as today’s story.
However, the assertion that I punched anyone over a parking spot is false.
I wanted to go on the record stating as much.
I realize that it has become a sport to tag people w as many negative

2- negative charges and defaming allegations as possible for the purposes of clickbait entertainment.

Fortunately, no matter how reverberating the echos, it doesn’t make the statements true.

Baldwin, 60, lives on 10th Street near where the altercation occurred, and is often seen around the neighborhood.

Baldwin, an Emmy-winning comic actor who has lately been best known for playing President Donald Trump on "Saturday Night Live," has regularly gotten into scuffles, especially with media photographers, and has been arrested before in New York.

In 2014, he was arrested after bicycling the wrong way on a road and then refusing to present identification to police.

At least twice in 2013, he got into fights with paparazzi on city streets, especially if he perceived them as a threat to his wife, Hilaria, or their newborn. When one photographer followed her into a shop in August 2013, Baldwin grabbed him and locked his arms behind his back, according to pictures of the encounter.

There was shouting, pushing and shoving. The cops were called, they showed up to separate and talk to both, but in the end both decided not to press charges against the other.

Even earlier, in June 2012, Baldwin was accused of punching up photographers outside the city marriage licensing bureau where he and then-fiancée Hilaria Thomas had gone to pick up their paperwork before their marriage.

There was no arrest or charges but Baldwin later tweeted that "a 'photographer' almost hit me in the face with his camera this morning," ending with the hashtag "allpaparazzishouldbewaterboarded."

In Washington, reporters naturally had to know what Trump thought of Baldwin's arrest, minutes after the news broke.

“I wish him luck," Trump told reporters on the South Lawn of the White House.

Reporter: "MR. PRESIDENT, ALEC BALDWIN WAS JUST ARRESTED FOR PUNCHING SOMEONE OUT DURING A PARKING DISPUTE, ANY REACTION TO HIS ARREST?!"

Trump: "I wish him luck" pic.twitter.com/Bg0tPM2ctl

His son, Donald Trump Jr, was not so agreeable, tweeting that Baldwin is a "piece of garbage."

Is anyone shocked at this piece of garbage anymore? As if the phone calls to his daughter weren’t bad enough. He’s a lib so he gets chance after chance to be decent but always fails!

In Baldwin's latest career move, he has a new talk show on ABC, "Sundays with Alec Baldwin," in which he has "one-on-one conversations" with major figures from American pop culture, including Kim Kardashian, Jerry Seinfeld and Robert De Niro.