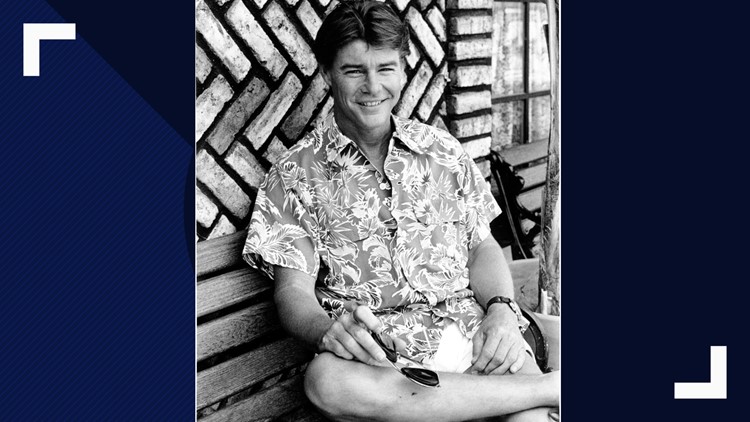 A death certificate shows that Vincent died of cardiac arrest on Feb. 10, 2019, in an Asheville, North Carolina, hospital. The certificate signed by a doctor says he died of natural causes and no autopsy was performed.

It wasn't clear why it took several weeks for news of the death to surface before it was first reported Friday by TMZ. Messages left at phone listings for Vincent and his wife weren't immediately returned Friday.

Born in 1945 in Denver, Colorado, Vincent starred in such films as 1972's "The Mechanic" and 1978's "Hooper," in which he played a stuntman opposite Burt Reynolds. Off-screen, his handsomeness earned him a spot on a cosmetic surgeon's "Ten Best Noses" list in the late 1970s.

He also starred in the 1983 television mini-series "Winds of War" as the love interest of a character played by Ali MacGraw, "piling up enormous ratings," according to a contemporary Associated Press account. He earned a Golden Globe nomination.

In a 1984 AP interview, Vincent described his passion for being on the water. He said he spent three months after wrapping up "Winds of War" sailing the Caribbean. He also said he was a longtime surfer.

Perhaps his best-known role was in the television action-adventure series "Airwolf," which lasted for several seasons after launching in 1984. Vincent played pilot Stringfellow Hawke, a rugged pilot who could pull off aerobatic crime-fighting maneuvers in an advanced helicopter — but also play the cello.

In the AP interview, he described trying to find the right way to loosen the character up.

"The character is stiff," he says, "but as we've gone along we've been able to loosen him some. Now you'll sometimes see him crack a smile and say something funny. Even Clint Eastwood is mellowing, although I'll never be Burt Reynolds."

However, his surfer-like demeanor was overshadowed at times by his troubled personal life. He pleaded guilty in 1997 to a drunken driving accident that left him with a broken neck and was sentenced to a rehab program. He was also charged in 1980s barroom brawls, receiving probation in one and an acquittal in another. In a separate case, he was acquitted in 1986 of hitting a woman.

He was sentenced to 60 days in jail in 2000 in Orange County, California, after he admitted to violating his probation by appearing drunk in public and assaulting his then-girlfriend.