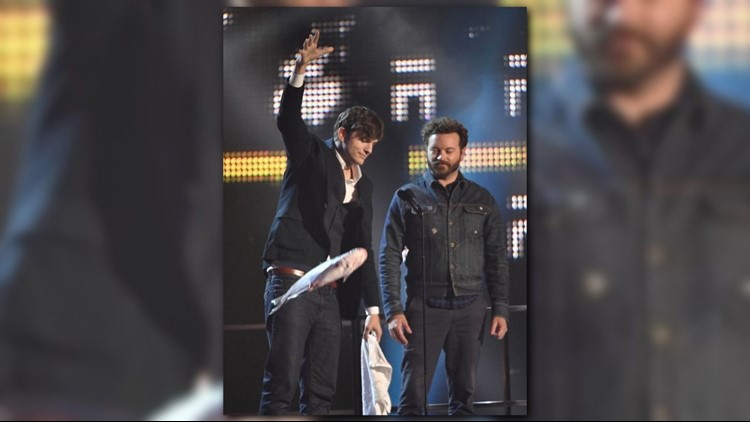 The 2017 CMT Music Awards momentarily turned into a pep rally for the hometown hockey club Wednesday when Ashton Kutcher mic-dropped a catfish on the stage.

The film and television star was on hand to present an award at the annual country awards show in Nashville, where the NHL's Predators are in the midst of an improbable Stanley Cup run.

The city has gone catfish crazy of late, as it has become something of a ritual for fans to hurl the whiskered fish onto the ice during games.

Kutcher took part in the tradition before announcing the award for best collaborative video, name-checking each of the nominees — including Carrie Underwood, who just so happens to be marries to Nashville Predators captain Mike Fisher.

Kutcher joked that her nickname would soon be "Carrie the Stanley Cup across this great city of Nashville."