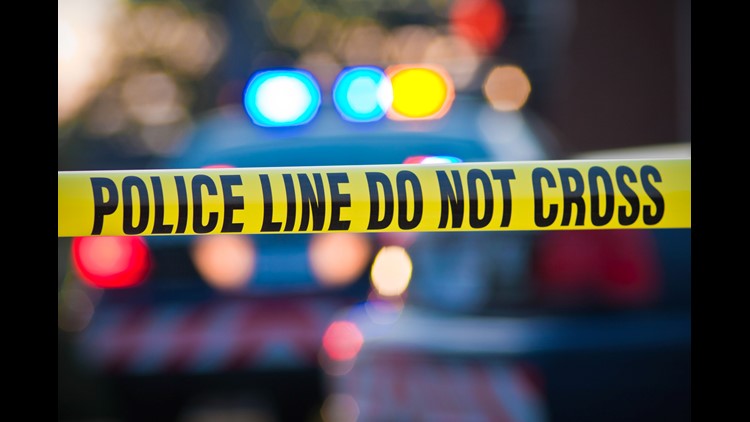 Photo by: Provided/Crystal Griffith
Three children were killed and a fourth was severely injured in a vehicle crash early Friday in Greenville County.

A Travelers Rest, South Carolina woman "lost everything" Friday when a vehicle crash left three of her young children dead and a fourth critically injured, her co-workers said Saturday.

Arnez Yaron Jamison, Jr., 4, Robbiana Evans, 6, and Jamire Halley, 8, all died at the scene of a single-vehicle crash on State 253 around 12:28 a.m. Friday, said Trooper Joe Hovis, a spokesman for the state Highway Patrol.

The fourth child in the vehicle was severely injured and hospitalized, Hovis said.

The driver of the vehicle, a 27-year-old Greenville, South Carolina man, was also taken to a hospital, Hovis said. The vehicle he was driving ran off the road and struck several trees, he said.

Robbiana was in kindergarten and Jamire was in third grade. Both were students at Gateway Elementary School in Travelers Rest, according to the Greenville County Coroner's Office.

Griffith said Brown spent Saturday morning at the hospital beside her fourth child who remained in critical condition.

"She’s not taking it well," Griffith said. "These children were this lady's life."

Griffith said Brown would often bring her children into work with her. She said the children were always respectful and polite.

"We all watched these babies," she said. "These children would sit at a table and color."

Memories of their frequent visits have made it difficult for some of the staff to cope with the loss.

"It’s hard to even concentrate in this place thinking about her," Griffith said. "All we can hear is her babies. Her babies."

The staff at the KFC and Taco Bell created an online fundraiser at gofundme.com Friday to raise money for Brown while she deals with the deaths of her children. By Saturday morning, the fund had received more than $10,000 in donations.

Photos shared on that fundraiser show each of the children's smiling faces. Griffith said some of the photos were just recently taken during a trip to the mall.

"I can't even explain it. She is the strongest lady I have ever met. She came from the bottom. It was all about her kids," Griffith said. "Every week she was taking her kids to the mall to walk around. Every penny went to her children."

Griffith said Brown was just telling her co-workers how she had already bought the children Christmas presents but that one of her daughters opened one of her gifts, a baby doll, while Brown was showering.

"I couldn’t go to sleep last night without calling her and letting her know we love her," Griffith said. "She has really touched a lot of us."