Cure for some cancers found in nuclear waste container 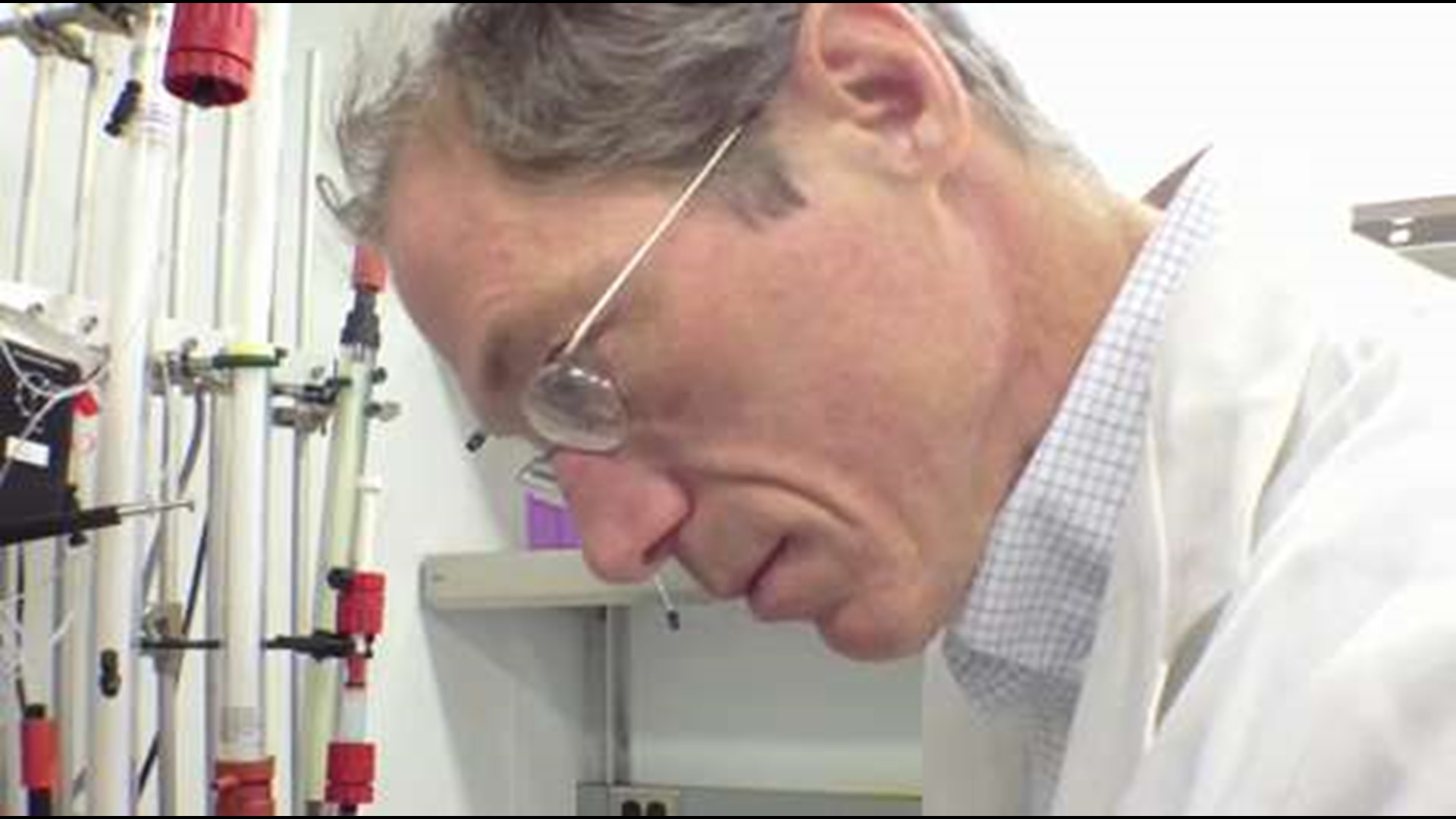 Credit: Calvin Mattheis/News Sentinel
A manipulator works inside a radioactive hot cell at the Radiochemical Engineering Development Center at Oak Ridge National Laboratory on Wednesday, May 16, 2018.

An isotope found in the Oak Ridge National Laboratory in Tennessee is saving the lives of cancer patients in medical trials, and is on its way to helping more Americans as the president prepares to sign new legislation that would allow more patients to try experimental medical treatments.

Actinium-225, an isotope of the element actinium, which is usually found in uranium ores, is proving effective in curing — not just treating — myeloid leukemia.

What is Myeloid leukemia?

Myeloid leukemia is a rare and rapidly progressing blood and bone marrow cancer that interferes with the body's production of platelets and normal white and red blood cells.

The cancer is treatable in young patients, but often fatal for people over 60 years of age. That's particularly problematic because the American Cancer Society says 67 is the average age of diagnosis.

But in medical trials, Actinium-225 successfully treated the disease in elderly patients. ORNL nuclear medical scientist Saed Mirzadeh said some patients went into remission after only one treatment.

More: Report: Obesity linked to these 12 types of cancers, including breast and colorectal

The isotope, when combined with tumor-seeking antibodies, is able to target and kill cancer cells without affecting healthy cells that surround them.

"It works very well actually; everyone is surprised how well this works compared with the other isotopes," Mirzadeh said.

"With leukemia, if even one percent of the leukemic cells are not killed, then there's a possibility that they come back, but for some people, the cells are all being killed in apparently just one treatment. Some had to go and get maybe the second or third treatment."

Mirzadeh came to ORNL from Iran in 1995. He had researched Actinium-225 for years before he came to the United States seeking bomb-grade uranium from which to extract the miracle isotope.

Actinium is a byproduct of Uranium-233, which the United States produced for ORNL's Molten Salt Reactor Experiment in the 1960s.

"There is not much use for it now," Mirzadeh said. "I was naive and thought I could go and get all the U-233 and process actinium out of it, but it turns out it was more complicated than that."

Then, he found out there might be another way. "They had dumped all the waste associated with the U-233 production into a stainless steel tank that was here, and that thing sat there for about 30 years," he recalled.

More: How using molten salt to cool nuclear reactors is gaining momentum in the Southeast

So in the late 1990s, Mirzadeh and the team of scientists he works with made a pitch to clean the waste tank and purify the actinium inside.

Right now, Oak Ridge is the world's only source for the isotope.

The project has garnered support from the Department of Energy. Mirzadeh said DOE has set a significant amount of funding aside to find another way to produce actinium if the FDA approves it as a cancer treatment.

Can it cure other cancers?

Credit: Calvin Mattheis/News Sentinel
Cf-252 Program Manager Julie Ezold points out a lab at the Radiochemical Engineering Development Center at Oak Ridge National Laboratory in Oak Ridge, Tennessee on Wednesday, May 16, 2018. The REDC is a multipurpose radiochemical processing and research facility which includes labs and heavily shielded hot cells used to research and develop unique radionuclides for use in research, defense, medical, and industrial applications.

The treatment is in the second phase of its clinical trials on human subjects, but has not yet been approved by the FDA. After this phase, it has one more to go through before the FDA will determine if it can be released to the market.

But, Mirzadeh and other researchers expect Actinium-225 will be released in Europe before it hits the United States market.

Using actinium to cure myeloid leukemia is the only clinical trial for the isotope in the United States now, but multiple trials are going on in Europe where they have found the isotope is also effective in treating prostate cancer and brain tumors.

More: New study suggests childhood leukemia is possibly preventable, may be triggered by lack of germs

"For prostate cancer, it's actually very effective, Mirzadeh said. "They see drastic improvement compared to other isotopes and for the brain tumor, it is the same thing."

Patients with brain tumors who were exposed to the isotope have been tumor-free for a couple of years after their clinical trials.

For now, American patients who have acute myeloid leukemia and are over the age of 60 can participate in the experimental treatment here, as long as they have gone through other treatments without success or if the disease has come back from remission.

1 / 23
CALVIN MATTHEIS/KNOXVILLE NEWS SENTINEL
Seth Blankenship,10, gets his head shaved to show his support for his schoolmate Johnny Sawyer Dyer, who has Acute Myeloid Leukemia, at Gibbs Family Practice in Corryton, Tennessee on Saturday, January 28, 2017.

President Donald Trump has been against drug regulation that slows the release of medical treatments to United States patients.

He is expected to sign "Right to Try" legislation to give patients the right to try experimental medical treatments. The bill quickly made its way through Congress and to his desk after he announced on May 11 he planned to crack down on high prescription drug prices and regulatory barriers to medical treatment.

Right to Try proponents say that fewer than 3 percent of terminally ill patients are accepted into clinical trials for experimental treatments before they die.

Prior to the legislation's signing, 40 states have passed their own versions of the law. The federal legislation will allow patients in the rest of the country to access potentially life-saving experimental treatments.

Looking back at the beginning stages of his actinium research, Mirzadeh said the path was difficult but worthwhile.

"It was difficult to convince management to get funding, but when finally we did it everybody was happy that this took place," he said.

Now, the research has grown to a multi-million dollar project at Oak Ridge National Laboratory.

Mirzadeh said he always wanted to work in applied science and he is proud to see his research on actinium's applications can save lives.

"It is very gratifying to be able to work with this team of people, and we are all really happy that what we are doing is useful, especially in health applications."