Credit: File Photo/Clarion Ledger;AP
Carolyn Bryant Donham, 84, seen in this image from video taken in August 2004 by a "60 Minutes" video crew, is quoted in a 2017 book, “The Blood of Emmett Till,” as saying she lied about Till accosting her in 1955. Her admission has led to calls for the case to be reopened.

JACKSON, Miss. — Timothy Tyson’s book on Emmett Till became a bestseller thanks to the bombshell quote he attributed to Carolyn Bryant Donham — that she lied when she testified about Till accosting her.

Donham’s daughter-in-law, Marsha Bryant, who was present for the two tape-recorded interviews Tyson did with Donham, said her mother-in-law “never recanted.”

Adding to the intrigue: The quote Tyson attributed to Donham isn’t on the recordings.

Unfortunately, people believe her 84-year-old mother-in-law played a role in Till’s murder when “she had nothing to do with it," Bryant said. "They think she should die or go to jail forever. They think what happened to Emmett Till should happen to her.”

Donham's then-husband, Roy Bryant, and his half-brother, J.W. Milam, grabbed Till from his great-uncle's home Aug. 28, 1955, near Money, Mississippi, carried him away and killed him. Both men are now dead.

Till's murder appalled Donham, and she never wanted it to happen, Marsha Bryant said. Donham was not available for an interview.

In his book, The Blood of Emmett Till, Tyson wrote about Donham's memoir recounting "the story she told at the trial using imagery from the classic Southern racist horror movie of the Black Beast rapist. But about her testimony that Till had grabbed her around the waist and uttered obscenities, she now told me, ‘That part’s not true.’ ”

The recordings of Tyson's interviews with Donham are now in the hands of the FBI, which is reexamining Till's killing, the author said.

“It is true that that part is not on tape because I was setting up the tape recorder,” Tyson said.

When Donham began to mutter something about “they’re all dead now anyway,” he said he snatched up his notebook and began taking notes, which the FBI since has subpoenaed.

He shared a photo of the notes with the Jackson (Miss.) Clarion Ledger. They read: “That pt wasn’t true. … 50 yrs ago. I just don’t remember. … Nothing that boy ever did could justify what happened to him.”

Marsha Bryant said she feels Tyson acted “unethically” in dealing with the book she was writing with her mother-in-law, More Than a Wolf Whistle: The Story of Carolyn Bryant Donham.

“He had access to the book because he was my editor,” she said. “We allowed him to interview Carolyn, and he helped me edit.”

► May 10: Lawmakers push to make civil rights landmarks national monuments
► April 4: He had to know who lynched his great-grandfather in Georgia

Tyson’s book, The Blood of Emmett Till, includes information from that memoir.

Tyson called Marsha Bryant’s claim that he was editor of the book “bull----.”

Credit: Special to the Clarion Ledger
Notes that historian Timothy Tyson took in his interview with Carolyn Bryant

The family handed him about 30 pages and “persuaded me to leaf through this short, very flimsy, utterly unpublishable memoir," he said. "They asked for advice on how to get a memoir published, and I gave them some garden-variety advice.”

He told them he didn’t want to be involved as an editor and didn’t line edit the book, he said.

The family knew nothing about Tyson’s book until it was released, Marsha Bryant said. But Tyson said he told the family years ago that he might do a book.

He promised the family to deliver the interviews and documents to the Southern Historical Collection at the University of North Carolina Chapel Hill library archives, he said.

When he first mentioned this, Donham “seemed queasy about that,” he said.

But once he explained that the materials would not be available until her death, “that did satisfy her,” he said.

Marsha Bryant said the family never agreed to put the memoir into the archives.

According to Carly Miller, a spokeswoman for the collection, Tyson gave them an unpublished version of Donham’s memoirs as an addition to the Timothy Tyson Papers, which contain his research materials.

"Mr. Tyson specified access restrictions to the papers: They were not to be released for 20 years or until the death of Ms. Donham," she said.

Tyson said he contacted Marsha Bryant about five years ago, asking if he could conduct another interview with Donham.

“She told me Carolyn wasn’t doing well and couldn’t talk to me,” he said. He asked if she wanted his father, a pastor, to come by.

He quoted her as saying Donham became upset whenever she heard his name, explaining that “she’s afraid you’re going to write a book and ‘I’m going to be famous again.’ ”

► Feb. 21: Why you need to see the Emmett Till exhibit at the Smithsonian
► Feb. 13: Filmmaker fills in the history of historically black colleges

He said he then told Marsha Bryant, “I’m working on a book, but I’m pretty sure she’ll not be with us when it’s published" because of Donham's continuing poor health.

When the book did come out, Tyson heard from Marsha Bryant.

Credit: The Associated Press
The weighted body of Emmett Till, 14, of Chicago was found Aug. 31, 1955, in the Tallahatchie River near the Delta community of Money, Mississippi.

“She told me there were people on their front porch and pictures of their house on Internet,” Tyson said. “She was none too happy. She didn’t take exception to any of the facts.”

“We told him the truth,” she said. “And he wrote she recanted.”

The idea that Donham would say those words to a stranger is ridiculous, Marsha Bryant said.

“Why would she recant to somebody she just met?” her daughter-in-law asked. Asked if the family is planning litigation, she would not comment.

In 2007 a majority-black grand jury in Greenwood, Mississippi, declined to indict Donham, considering charges from manslaughter to accessory after the fact. Despite the FBI's re-examination, those familiar with the case doubt any prosecution will come of it.

Credit: Gene Herrick, AP
Carolyn Bryant in a 1955 photo when she was at the center of the trial of Emmett Till's alleged killers. After a divorce and second marriage, she is now known as Carolyn Bryant Donham.

Marsha Bryant said Donham has never wavered from the story she has told since 1955 when she and her husband operated a general store in Money, about halfway between Jackson, Mississippi, and Memphis.

But Donham's story has differed over the years.

In 1955, she shared with a defense lawyer for her husband and Milam that as soon as Roy Bryant, then her husband, returned from a work trip, she told him what happened in the store with Till.

But since then, she repeatedly has said someone else told Roy Bryant first.

“I didn’t say anything, and one of the reasons I didn’t ever say anything more about it was because I was afraid that, what I was worried about was he’s gonna go find and beat him up,” she told FBI agent Dale Killinger.

Investigations from civil-rights leader Dr. T.R.M. Howard and author Devery Anderson each concluded that Roy Bryant learned of what happened at the store from someone other than his wife.

In 1955, she went on the witness stand to testify, and the judge concluded her testimony was inadmissible. With the jury out, she had told the courtroom and reporters present that Till grabbed her on the hips and told her that he had sex with white women before, using an obscenity.

Davis Houck, co-author of Emmett Till and the Mississippi Press, said if Donham is saying she didn't recant in her interview with Tyson, "we're left with a familiar story: A predatory black 'man' threatened to rape her on the evening of Aug. 24."

He sees two problems with that:

If she indeed recanted, "we are, at long last, asked to see her as a pawn in the defense attorneys' strategy," Houck said.

In the end, Donham and Tyson "answer the same question: Who was Emmett Till?" he said. "Their very different answers continue to hang over the familiar, if mute, photographs of the Chicago child whose story has become a proxy for so many black boys and men in our present moment."

The Emmett Till Case: Gallery

1 / 32
USA Today
Emmett Till is seen with his mother, Mamie Till Mobley. 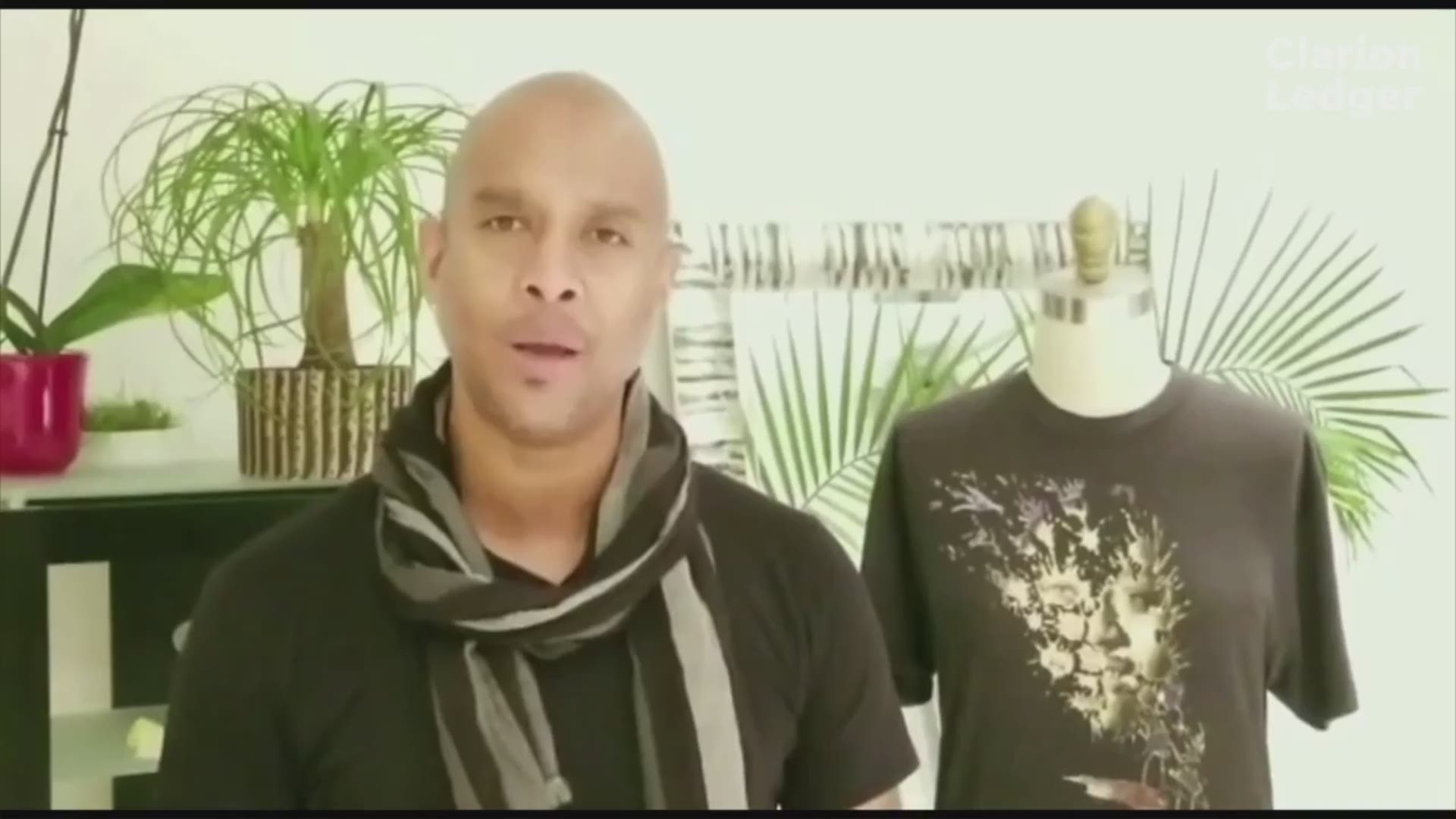 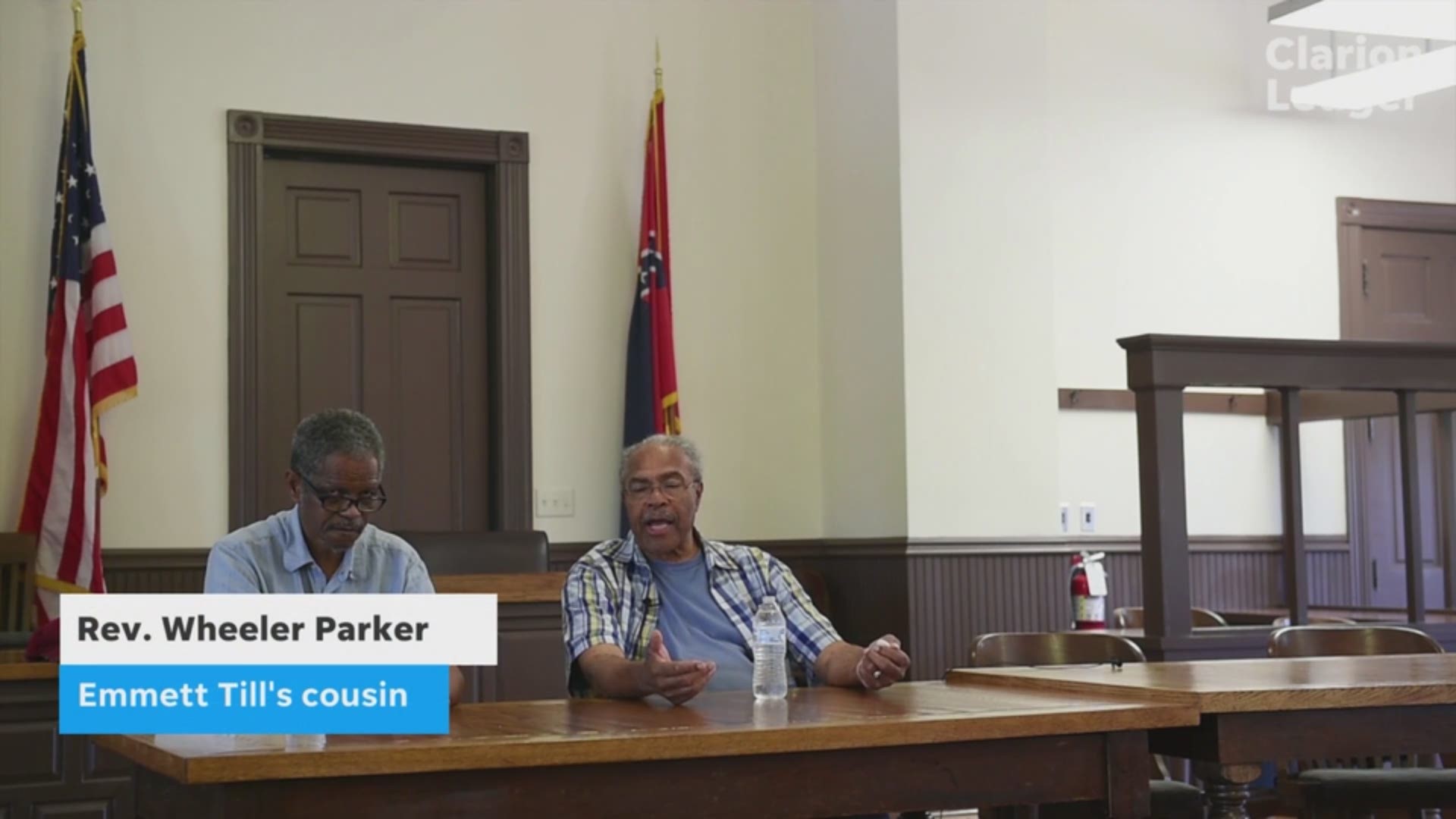