Ancient fossil's mom was a Neanderthal, but dad was Denisovan

Big discovery: Mom was a Neanderthal, but dad was a Denisovan 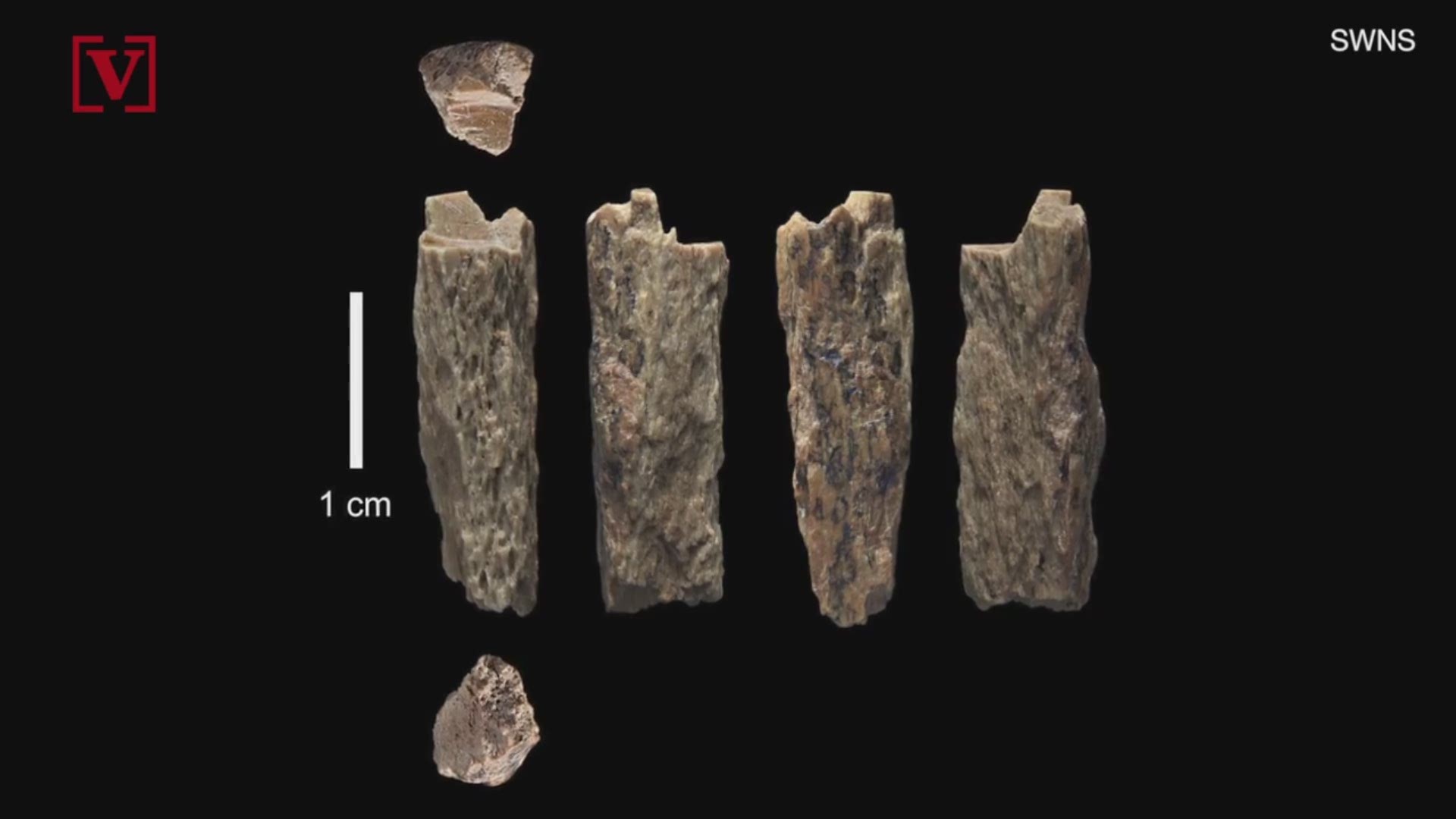 Credit: AP
This undated photo provided by Bence Viola of the University of Toronto in August 2018 shows the valley above a cave where Denisovan fossils were found in the Altai Krai area of Russia. On Wednesday, Aug. 22, 2018, scientists reported in the journal Nature that they have found the remains of an ancient female whose mother was a Neanderthal and whose father belonged to another extinct group of human relatives known as Denisovans.

A group of scientists said on Wednesday that a 90,000-year-old bone fragment found in Siberia shows signs of interbreeding between Neanderthals and another prehistoric group of human relatives known as Denisovans.

While past genetic studies have shown signs of interbreeding between the two groups, as well as with homo sapiens, Wednesday's study is the first to identify a first-generation child with Neanderthal and Denisovan parents.

"It's fascinating to find direct evidence of this mixing going on," said Svante Paabo, a geneticist at Max Planck Institute for Evolutionary Anthropology in Leipzig, Germany, and one of the study's lead authors.

The cave where the bone was found, located in the Siberian Altai Mountains near the border with Mongolia, contains the fossilized remains of both the Neanderthals and the Denisovans. However, finding a direct offspring from the two groups appeared to be a stroke of luck. Only 24 early human genomes older than 40,000 years have been sequenced, meaning the chances of uncovering a half-and-half hybrid was virtually zero.

"The fact that we stumbled across this makes you wonder if the mixing wasn't quite frequent," Paabo said. "Had it happened frequently, we would not have such divergence between the Denisovans and Neanderthal genomes."

Both groups disappeared some 40,000 years ago. Neanderthals lived in Europe and Asia, while fossils of Denisovans have so far only been uncovered from the Siberian cave where the fragment was found.

Scientists said the ancient female's DNA showed that the genes she inherited from her mother closely matched those to Neanderthals living in Europe, rather than those found in the cave, suggesting that there was a wave of westward migration.

Today, around two percent of DNA in non-Africans across the globe originates from humans' Neanderthal ancestors. Denisovan DNA remnants are also widespread, albeit less evenly. Traces amounting to less than 1 percent have been found among Asians and native Americans, while aboriginal Australians and people in Papua New Guinea have about five percent, according to Paabo.

This story was originally published on DW.com. Its content is created separately from USA TODAY.