Michigan farmers being bailed out by Trump

According to the Michigan Farm Bureau, the total economic loss for corn, soybean and wheat farmers in Michigan alone is $510 million.

Farmers braced themselves for the consequences, and it's now starting come full circle.

According to the Michigan Farm Bureau, the total economic loss for corn, soybean and wheat farmers in Michigan alone is $510 million.

In May, President Trump rolled a bailout package amounting to $16 billion to try to offset the blow, but the aid program does not cover the entire financial loss. The package covers crops, dairy production and hogs, as well as cherries and shelled almonds.

"Most consumers don't think about farmers because food is readily available," said Ernie Birchmeier of the Michigan Farm Bureau. "It's always there and it's very affordable, and that may not be the case if we continue to struggle with the weather situation on top of these trade agreements that we're dealing with."

According to the American Farm Bureau Federation, Michigan farmers have only received $200 million from the $16 billion package. 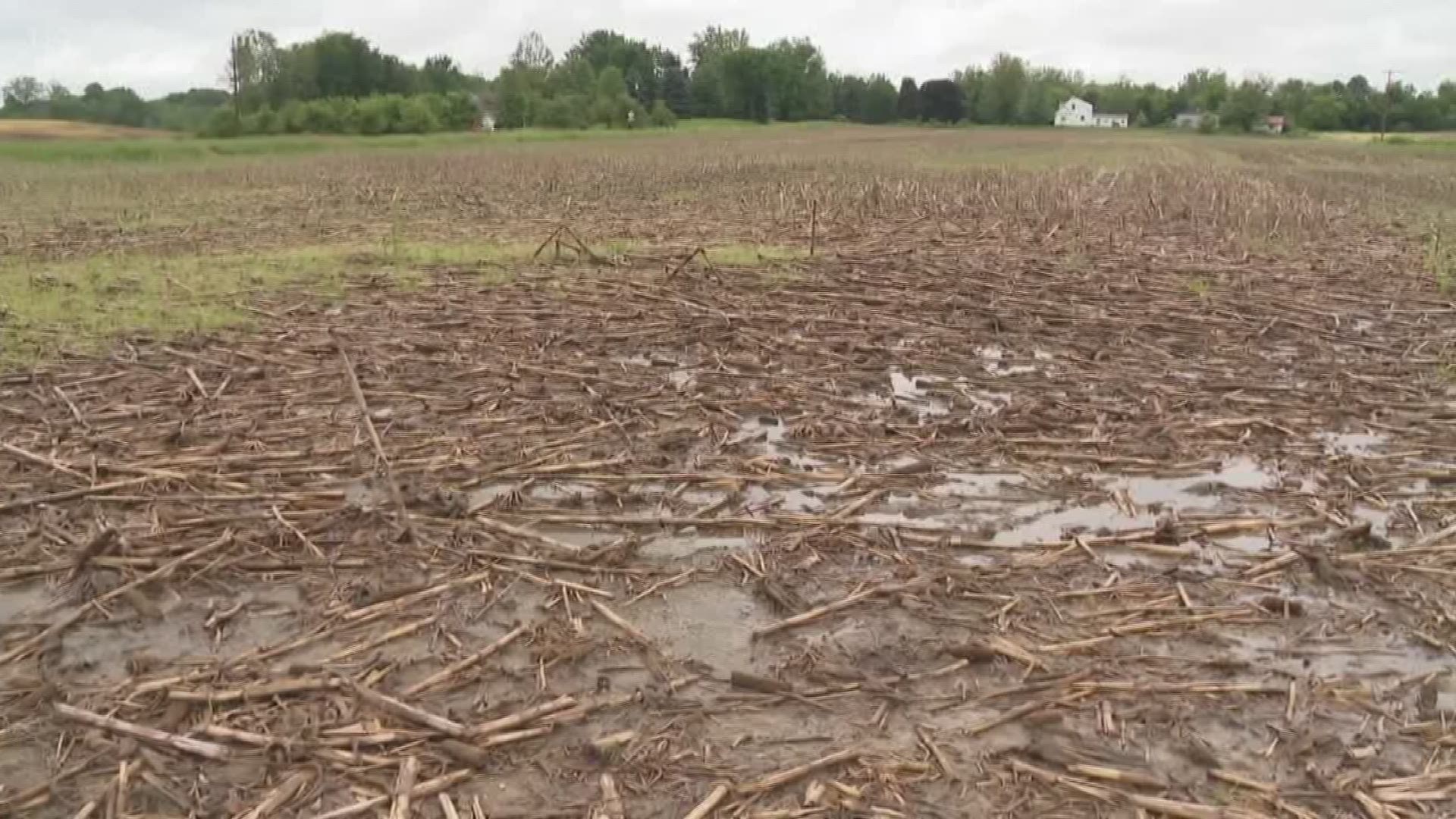