How you could help design Spokane's new city flag

The current flag's lack of popularity prompted Spokane City Council Member Kate Burke to lead a charge to replace it. 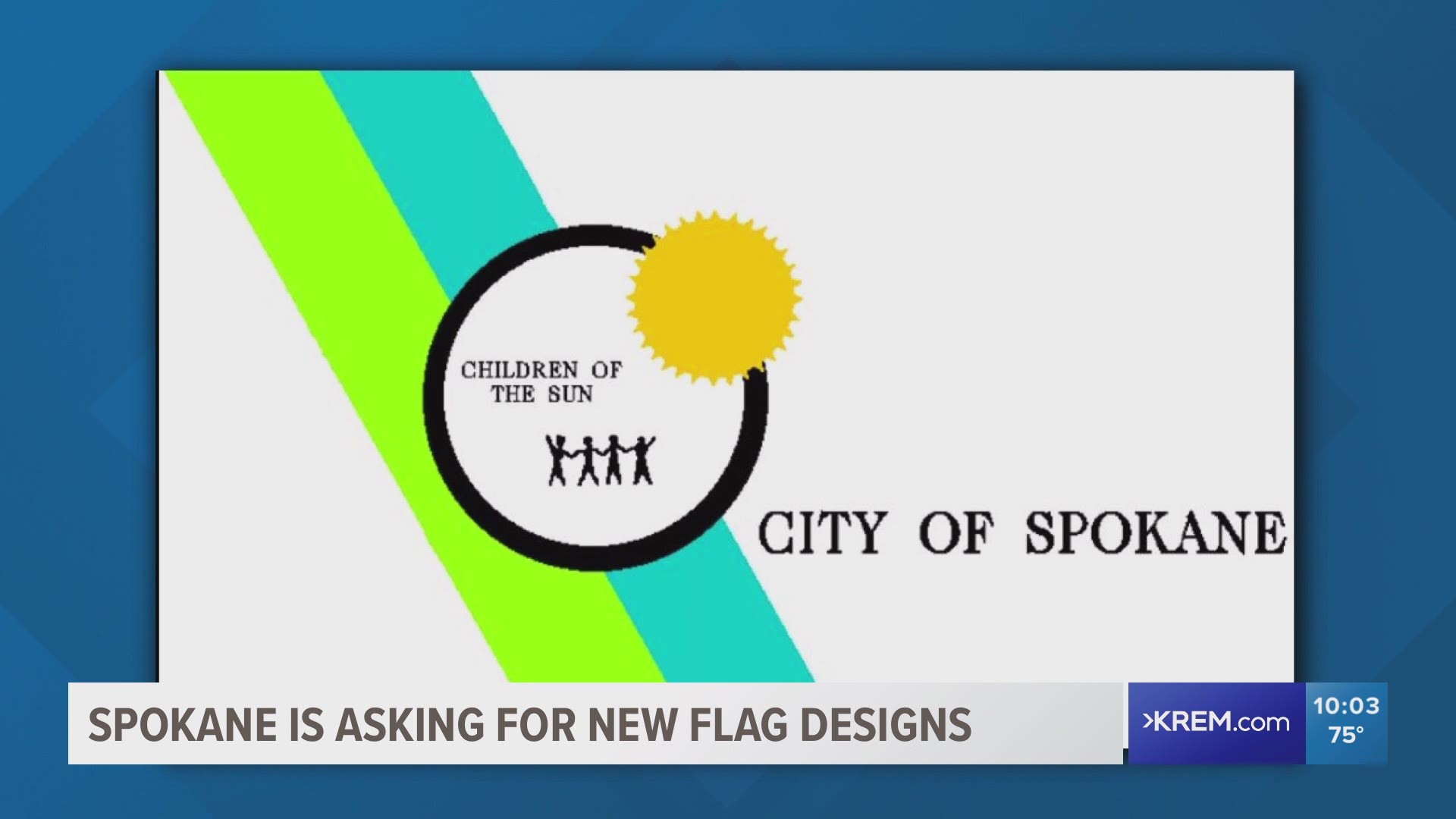 SPOKANE, Wash — The City of Spokane has its own flag. If you didn't know that, you're not alone.

Perhaps the most attention the flag has ever received was a viral TikTok from a Gonzaga University student, roasting it for its ugliness.

The flag's lack of popularity prompted City Council Member Kate Burke to lead a charge to replace it, resulting in the formation of the Spokane Flag Commission last December.

Now, in the spirit of cities like Pocatello and states like Alaska, that commission is turning to the public to accept submissions for the new design. Anyone can enter up to three ideas, via the city's website or via mail. The site also contains a list of guidelines for what the commission is looking for in the new flag.

"Make it something that's very personal to Spokane, in a sense," said Joshua Hiler, the commission's chair. "We want it to reference parts of our history, parts of our culture, symbols, our native people."

There are also things to avoid, such a color gradients or an excessive amount of colors. The biggest no-go of all though is text; the current flag has an awful lot of it, the source of much mockery.

"We said this very clearly in our instructions: no text. Absolutely no text. Do not put text on the flag," Hiler said with a laugh.

The fundamental idea is to have a meaningful but simple design that's easy to recognize and replicate.

"We want something that could look good as a bumper sticker, all the way up to flying over City Hall," Hiler said.

He expects the commission will receive somewhere in the realm of 500 submissions.  The group will then take some time to review the designs before posting them online to get public feedback. They'll pick the best 5 or 10 and show them to city council, asking for their go-ahead.

If they get it, the final phase will be a formal public vote via the library's website. Voters will need a city library card to weigh in, in order to prevent bots and outside influence.

Once a design is picked, flags will start being made and the plan is to unveil it in a ceremony on Flag Day next year.

Hiler hopes a new design, chosen by the people, will bring the flag out of obscurity and turn it into a point of pride and community-building.

"We can create a Spokane symbol that can be immediately be pointed toward as: this is a representation of Spokane. This is who we are. And it can become a part of our culture in the same way that the Pavilion is part of our culture, or the Lilac Parade," he said.

Designers have until Oct. 1 to submit.