A Washington couple went as far as brain surgery to save their Maine Coon. Doctors at WSU performed the surgery for Honeybee. 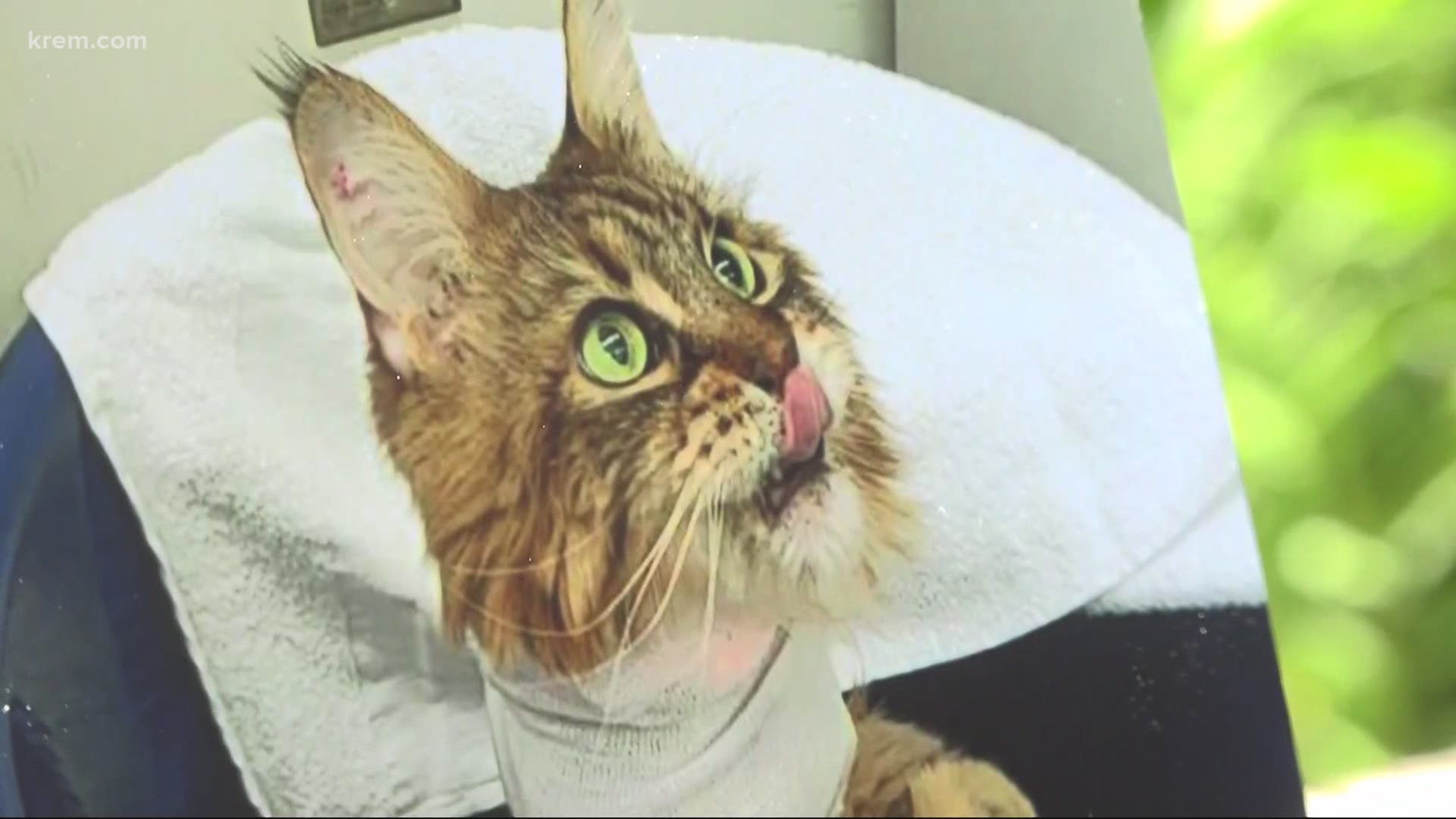 PULLMAN, Wash. — Honeybee the show cat spent the first year-and-a-half of her life performing and winning awards, until the Mansfield family fell in love with her.

Her iconic Maine Coon fur and eclectic personality drew the Mansfields to her from the moment they laid eyes on her. When they took her home at 14 months old, Honeybee immediately fit right in.

"She found all the high places to jump to in our house...and played ping pong with me out in the garage," Mollie Mansfield, Honeybee's mom, said.

That energy persisted until Honeybee was approaching her tenth birthday. Doctors diagnosed the cat with diabetes.

Honeybee quickly built up a resistance to the insulin treatment doctors prescribed. She was taking 20 times the average amount of insulin for a diabetic cat, but still having problems.

Her family noticed her energy decrease and her fur start to fall out. That's when doctors found a tumor on Honeybee's pituitary gland.

"She had just presented at the doorstep at death and we just said we have to do something," Mansfield said.

The family met with Dr. Tina Owen, a surgeon at WSU's College of Veterinary Medicine. Dr. Owen specializes in brain surgery to removes pituitary tumors like the one Honeybee had.

Owen said the surgery is not a common surgery. In fact, according to WSU, she was one of the first doctors to regularly perform the surgery. Plus, WSU is one of only three hospitals in the nation that does the specialized surgery.

WSU Veterinary students can learn from the experience, and researchers can use the tumor's tissue to study Cushing's disease in humans.

In addition, Honeybee was the first Maine Coon Owen's team has performed the surgery on. She said the cat's unique skull shape served as a lesson as well.

But for Honeybee's family, they are grateful that she will have the chance to live a full cat life.

"She and us are thanking this group every day. Even though she's still on insulin, she is just kind of remarkable," Mansfield said.