The woman was on her way to the hospital to say her final goodbye to her father when her car broke down. Luckily, a Pierce County deputy pulled over. 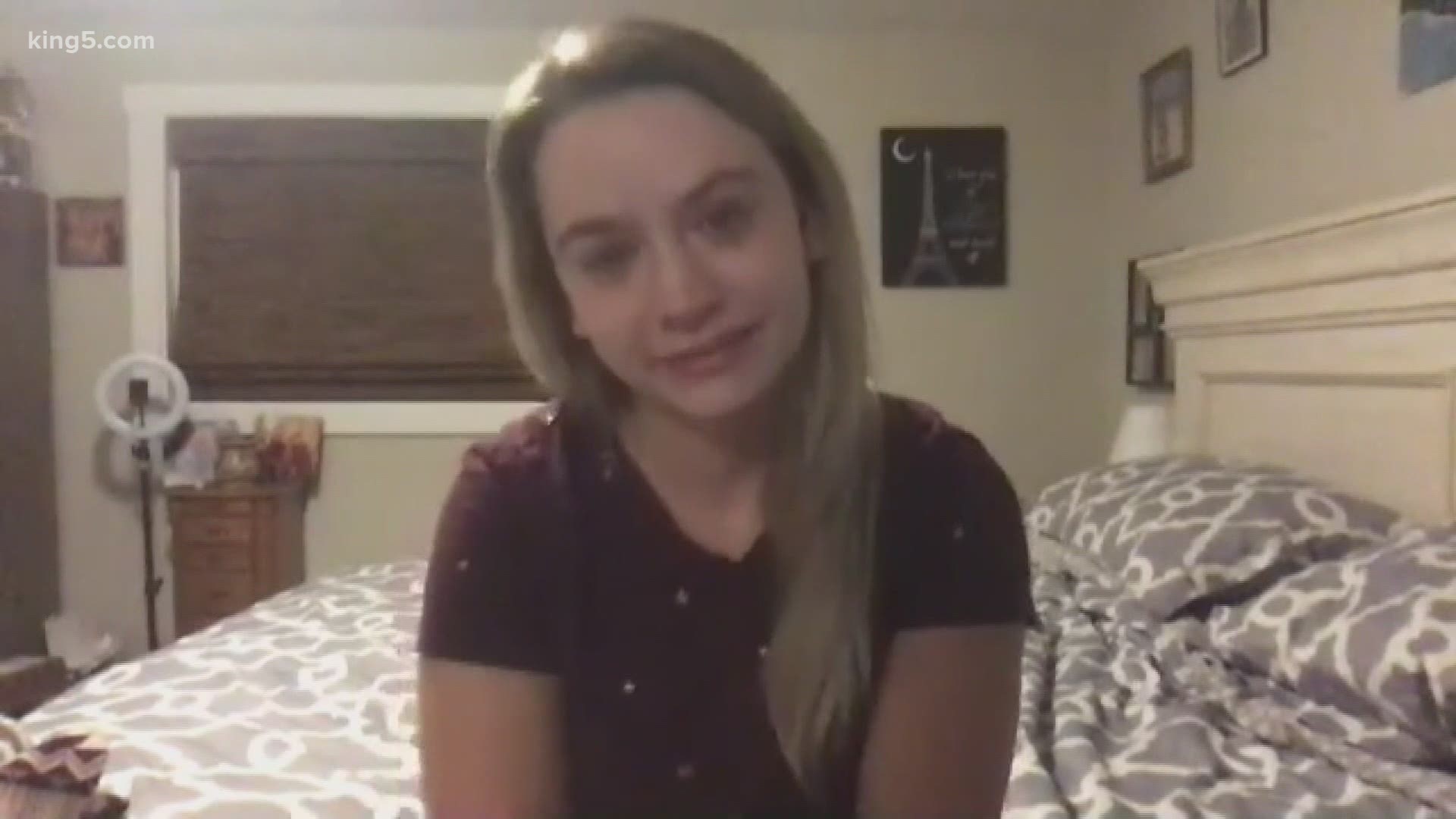 "He loved the Beatles…He loved pool billiards. He always joked and called himself the pool God. He was just an amazing human," Cox said.

Cox said her dad tested positive for the coronavirus in September and spent nearly two months in the hospital.

"He was healthy. He didn't have anything that should have made this happen. It just did," she said.

On Friday, Cox and her family said their final goodbyes to Donald. She said despite him testing negative for COVID-19 three weeks ago, his lungs had suffered too much damage from the virus. He was 71.

"I was just rubbing his head telling him that it was okay," said Cox. "And I don't think he was crying at least I hope he wasn't, but tears came out of his eyes. And it was only a matter of minutes. Like, maybe two or three minutes and he was gone."

But, it was a goodbye that almost didn’t happen for Cox.

On her way to the hospital, her car broke down near Portland Avenue in Tacoma. Eventually, a Pierce County Sheriff’s deputy saw her and pulled over to help.

"I saw him [the deputy] turn around and come back and then emotionally I just lost it. I'm pretty sure he probably thought I was a blubbering idiot," she joked.

She said the deputy helped her get her car to a safe spot before she was picked up by her boyfriend’s brother and taken to the hospital. It was there, while looking at her father’s final moments, she felt inspired.

She decided to write a letter to the Pierce County Sheriff’s Department to thank the deputy for stopping to help.

"I was taught to never leave without showing your gratitude," Cox said. "So I needed to make sure that he knew that I was thankful and that he did make a difference in my day."

In the letter, she wrote in part, "I felt like on a day that was so horrible for me. He had the kindness in his heart to stop and help even though he didn't have to, I will forever be grateful for him and his service. I really hope he gets this message. He truly made a difference in someone else's life today."

On what was the most difficult day of her life.

"[My dad] meant the world to me. He took me in when my own father wouldn't and showed me things that I don't think anybody else could have ever showed me," Cox said, remember her father. "He loved me even though I wasn't his blood, and he treated me like I was, um, he gave me the best years of my life."

Donald Wright is one of the more than 2,500 people who have died as a result of complications from COVID-19 in Washington state so far this year. The Department of Health continues to keep updated data on its website showing the latest cases and deaths in the state.