Bill to prevent and fight wildfires in Washington approved by Legislature, heads to Inslee's desk

A bill to spend $125 million to prevent and fight wildfires in Washington state was passed by the House and now will go to Gov. Jay Inslee for his signature. 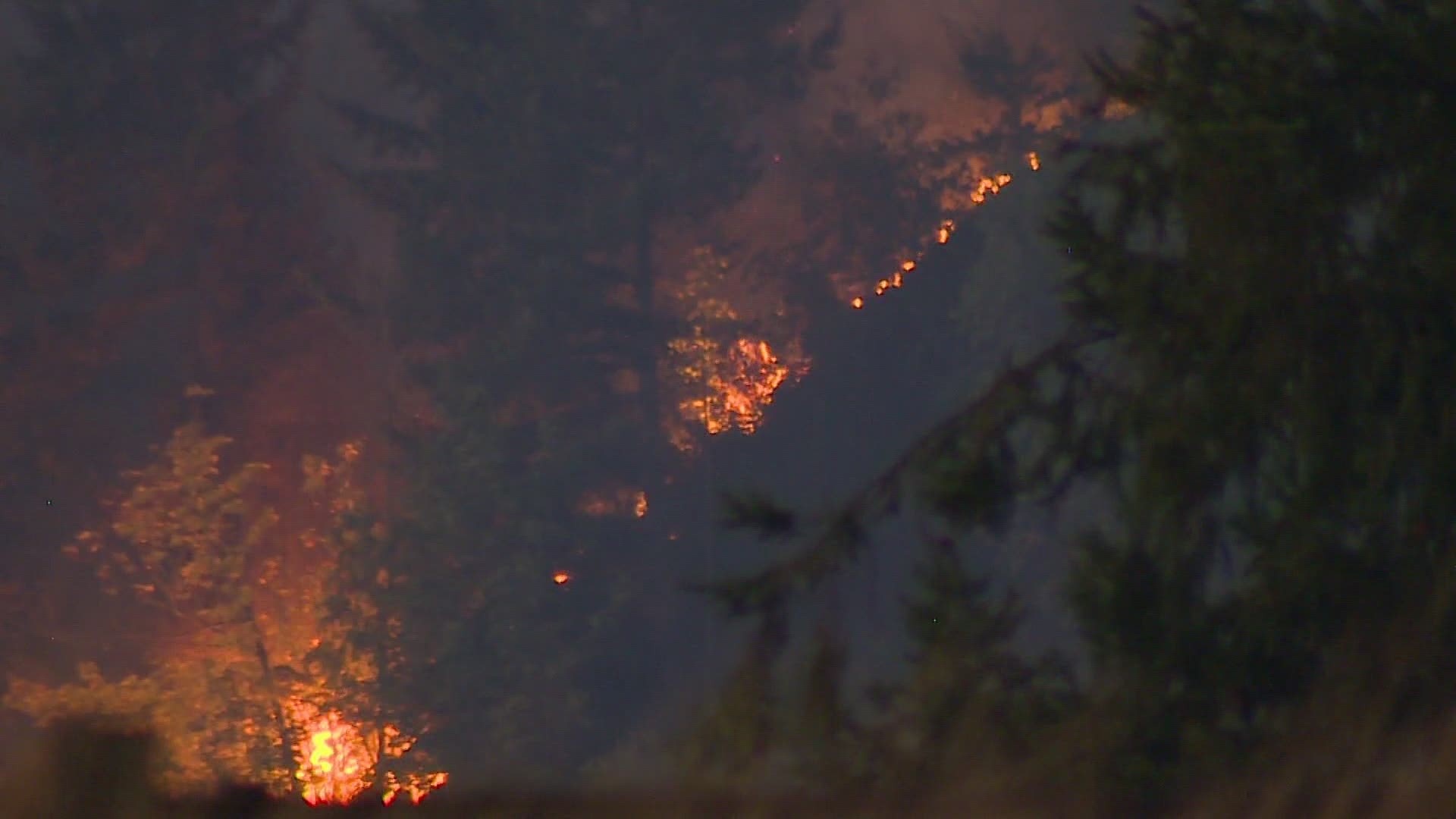 OLYMPIA, Wash. — A bill that sets aside $125 million to prevent and fight wildfires in Washington sailed through the state House and now goes to Gov. Jay Inslee for his signature.

The House voted unanimously Thursday to concur with Senate amendments made to the bipartisan legislation, which was promoted by Commissioner of Public Lands Hilary Franz. The bill is sponsored by state Rep. Larry Springer, D-Kirkland, and state Rep. Joel Kretz, R-Wauconda.

“To our firefighters and communities on the frontlines, know this: reinforcements are coming,” said Franz, who leads the state’s wildfire fighting force. “Today, the state legislature took a historic step to change the trajectory of increasing fire and destruction. In the face of an unrelenting wildfire crisis, our state is rising to meet the moment. We are rejecting the notion that we must simply accept devastating fire seasons as a fact of life in Washington.”

While supporters originally sought a dedicated funding source for the bill, the work will be paid for out of the state general fund for its first two years.

The Washington State Department of Natural Resources (DNR) said the funding won’t be available to the department until July, “which makes it difficult to deploy new firefighters and resources this year.”

“DNR plans to recruit 100 new firefighters,” the DNR said in a press release. “But, given the time required for hiring and training, those firefighters won’t be available until January. This summer, DNR is asking for the public to practice fire safety and to comply with DNR burn restrictions to help Washington get through the 2021 fire season.”

Last year's wildfires rivaled the historic 2015 wildfire season that had more than 1 million acres burn and cost the state more than $342 million, according to the DNR.

On Monday, April 19, the DNR reported crews responded to 91 wildfires in one week.

For two of the past three years, Washington has experienced the worst air quality in the world due to wildfires.