Here are pictures and videos captured by community members of the Andrus Fire burning in the West Plains. 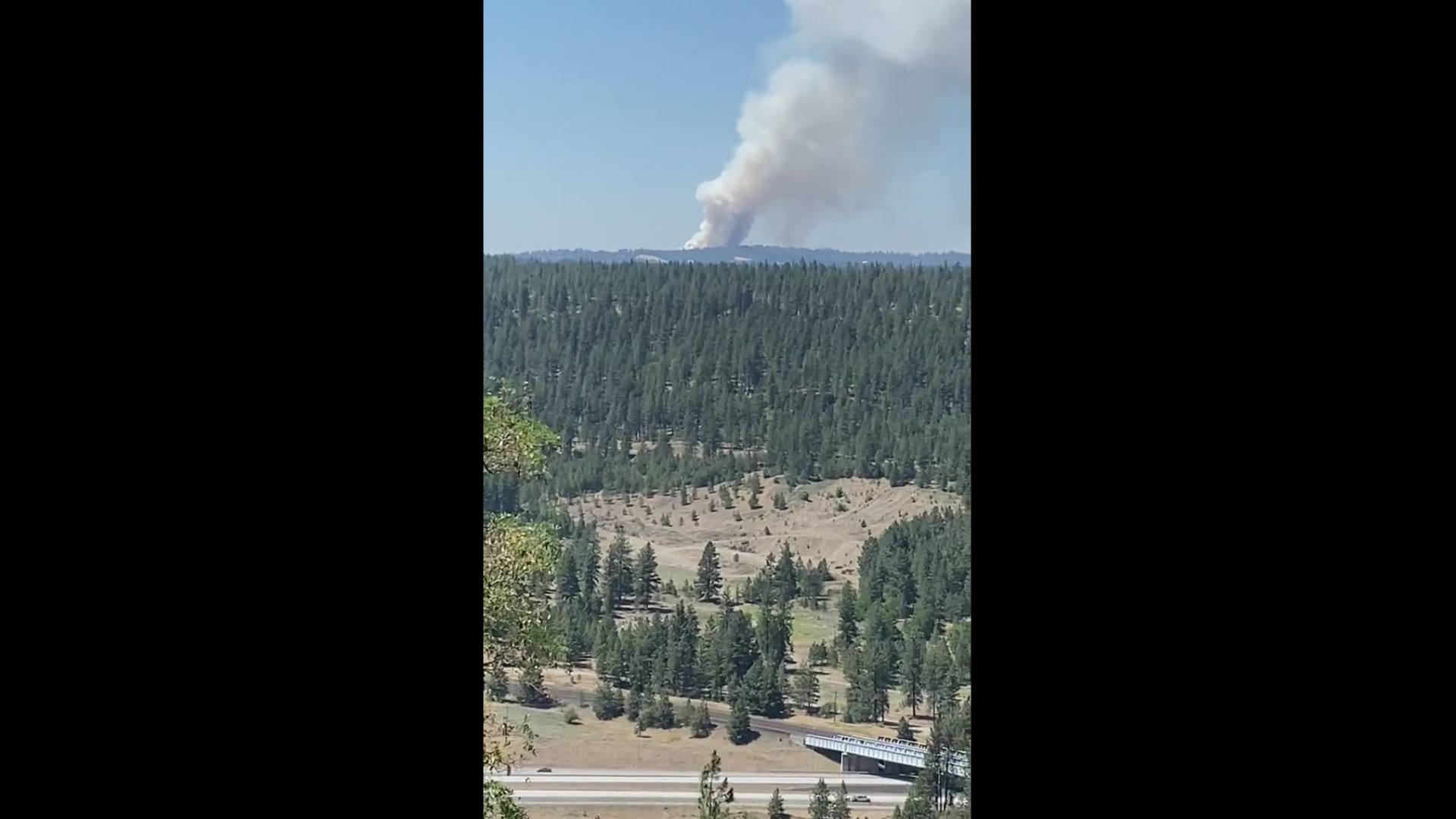 CHENEY, Wash. — Many KREM 2 viewers have submitted pictures and video of the Andrus Fire burning hundreds of acres in the West Plains near Cheney.

The fire started Monday morning and has prompted Level 3 evacuations. Washington State Patrol Trooper Jeff Sevigney is assisting with the fire. He said in a tweet that the fire is approximately 250 to 300 acres in size and burning in heavy timber. Multiple aircraft are on the scene.

A large smoke plume is visible on Monday from Spokane's South Hill. Multiple KREM 2 viewers have sent photos and videos of the smoke from High Drive and other nearby areas.

There are currently 200 homes under Level 3 evacuations near the fire.

Here is a photo sent in by KR Smith:

Here are some photos taken by KREM 2 viewer Ian Loe:

This photo was taken from Rustic Meadows in Cheney:

This photo was sent to us by Shane Maland:

Here is a photo of helicopters refueling the water supply to fight the fire, sent to us by viewer Ethan:

Authorities have not yet released a cause of the Andrus Fire.