It's now half-way into the season and some varieties of apples and pears only have a small window of a few days to be picked. 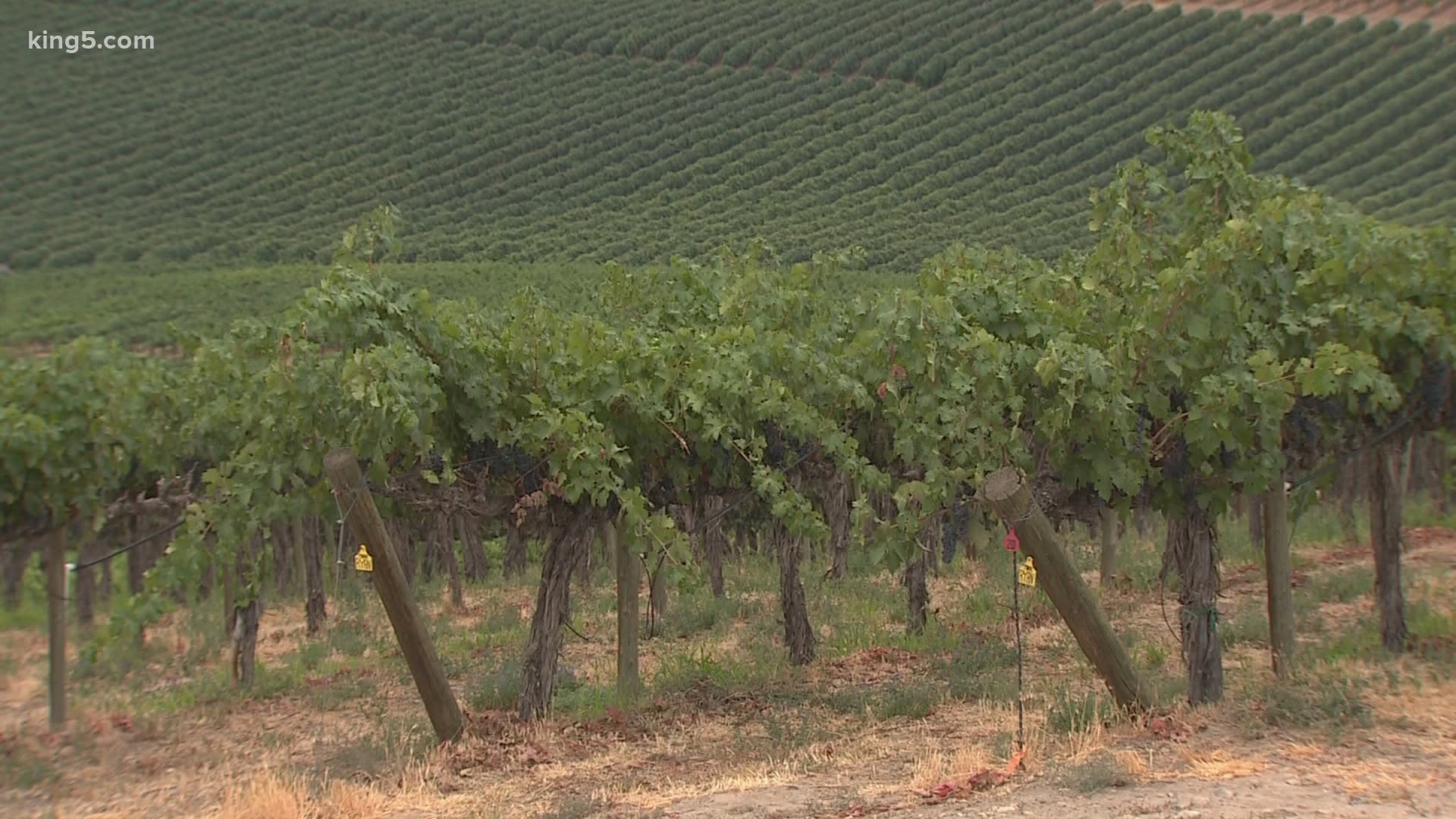 WASHINGTON, USA — As bad as 2020 has been for nearly every business under the smoke-filtered sun, there was almost a bright spot in Washington's wine industry.

"Up until recently, it's been a near-perfect vintage and then the fire started," said Steve Warner, the president of the Washington State Wine Commission.

The commission represents more than 1,000 licensed wineries in the state. With tasting rooms shut down because of pandemic protocols, it's been a tough year for growers and vintners. The smoke adds another layer of complications.

"We do know that smoke exposure can result in kind of an ashtray type of aroma or flavor. and that's what we're trying to avoid," said Warner.

According to Warner, the impact on taste depends on the intensity and duration of smoke but, unlike COVID-19, this is a problem that has plenty of research and education behind it -- including smoke-monitoring devices from Washington State University placed around the Columbia Basin.

"It's too soon to say with this vintage what we're going to do because we don't know what tomorrow will bring, but the good news is that we have the resources in place," Warner said.

Where the concern for wine is the smoke's impact on taste, for Washington's apple and pear industry, the concern lies in not being able to pick the crop in time.

It's now half-way into the season and some varieties of apples and pears only have a small window of a few days to be picked. With the unhealthy air, many growers are opting to keep workers safe and out of the orchards.

Jon DeVaney, president of the Washington State Tree Fruit Association, said apple and pear growers are scrambling again, like they did at the beginning of the pandemic, for PPE.  All agricultural workers are issued clothe masks to prevent the spread of coronavirus, but now growers are trying to get more N-95 masks to help workers stay safe in smoky conditions.

As the state's agricultural industries are navigating yet another obstacle, there's something folks like Warner want you to keep in mind