Crews continued mopping up the Spirit Lake Fire on Monday after the blaze was contained that morning. 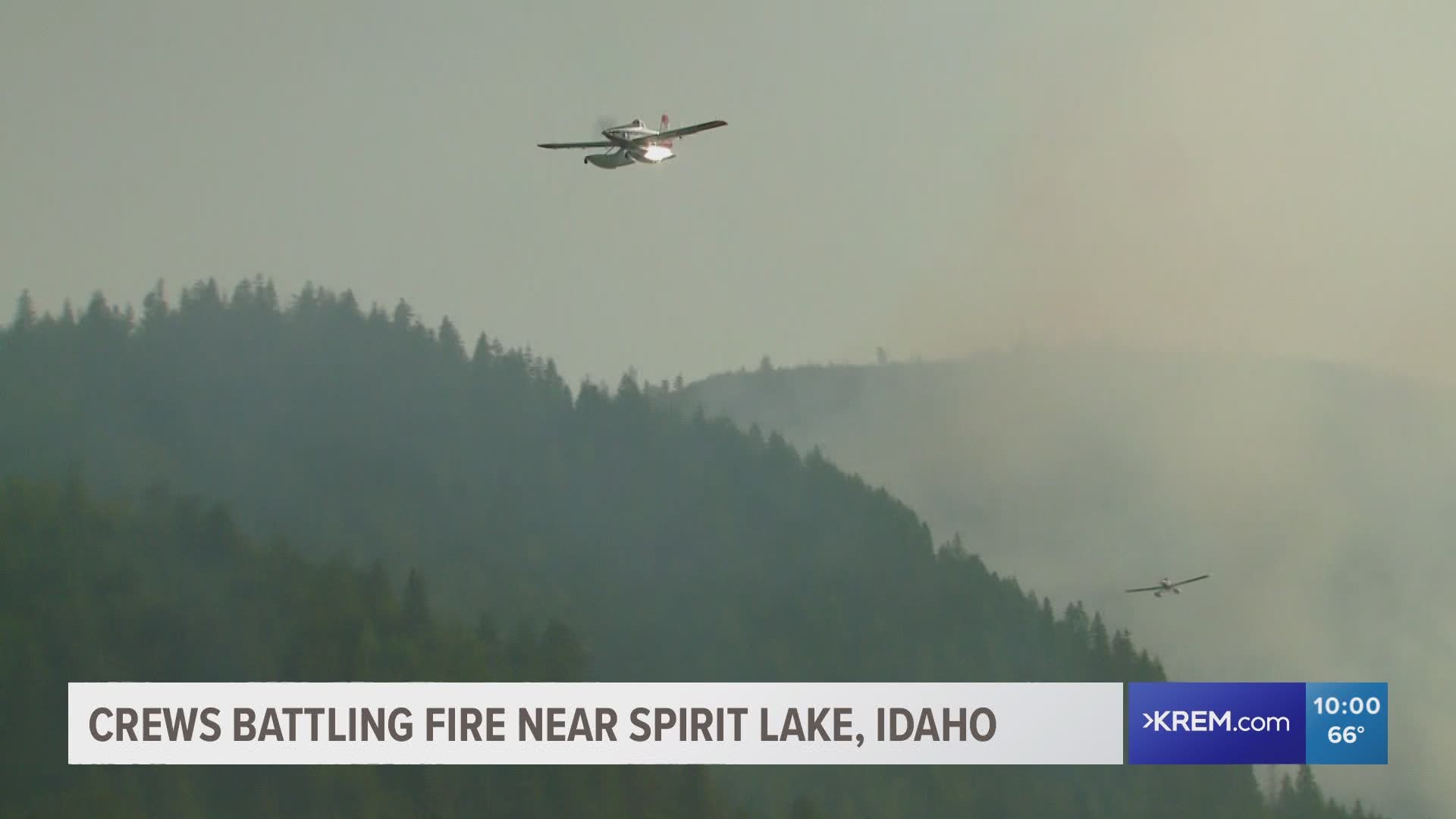 SPIRIT LAKE, Idaho — Crews completed mopping up a 70-acre fire burning at the southwest end of Spirit Lake after containing it Monday morning.

Crews worked throughout the night on Sunday to contain the fire. The fire reached 90% containment on Friday afternoon but flared up again over the weekend.

Additional air resources and a bulldozer were sent to the area of the fire on Sunday, according to the Idaho Department of Lands. Spirit Lake was closed to protect public safety and prevent interference with aircraft.

The fire reached two large areas of heavy fuel and began throwing sparks up a hill at about 3 p.m. on Sunday, according to the IDL.

Fire crews evacuated waterfront cabins on the southwest side of the lake when the fire first began burning on Friday afternoon, but no other evacuations were made. The size of the fire was estimated at about 20 acres on Friday evening.

Rhiannon Rickard first shared photos on Twitter that show a helicopter dropping water on the flames. Tammy Rickard reported just before 4:30 p.m. that five planes were working to put out the fire.

The fire reportedly started between 2 and 2:30 p.m. on Friday. Rhiannon Rickard also reported that Spirit Lake Road is closed as crews work to extinguish the blaze.