The fire started July 12 and has since grown to 2,600 acres and is about 50 percent contained. 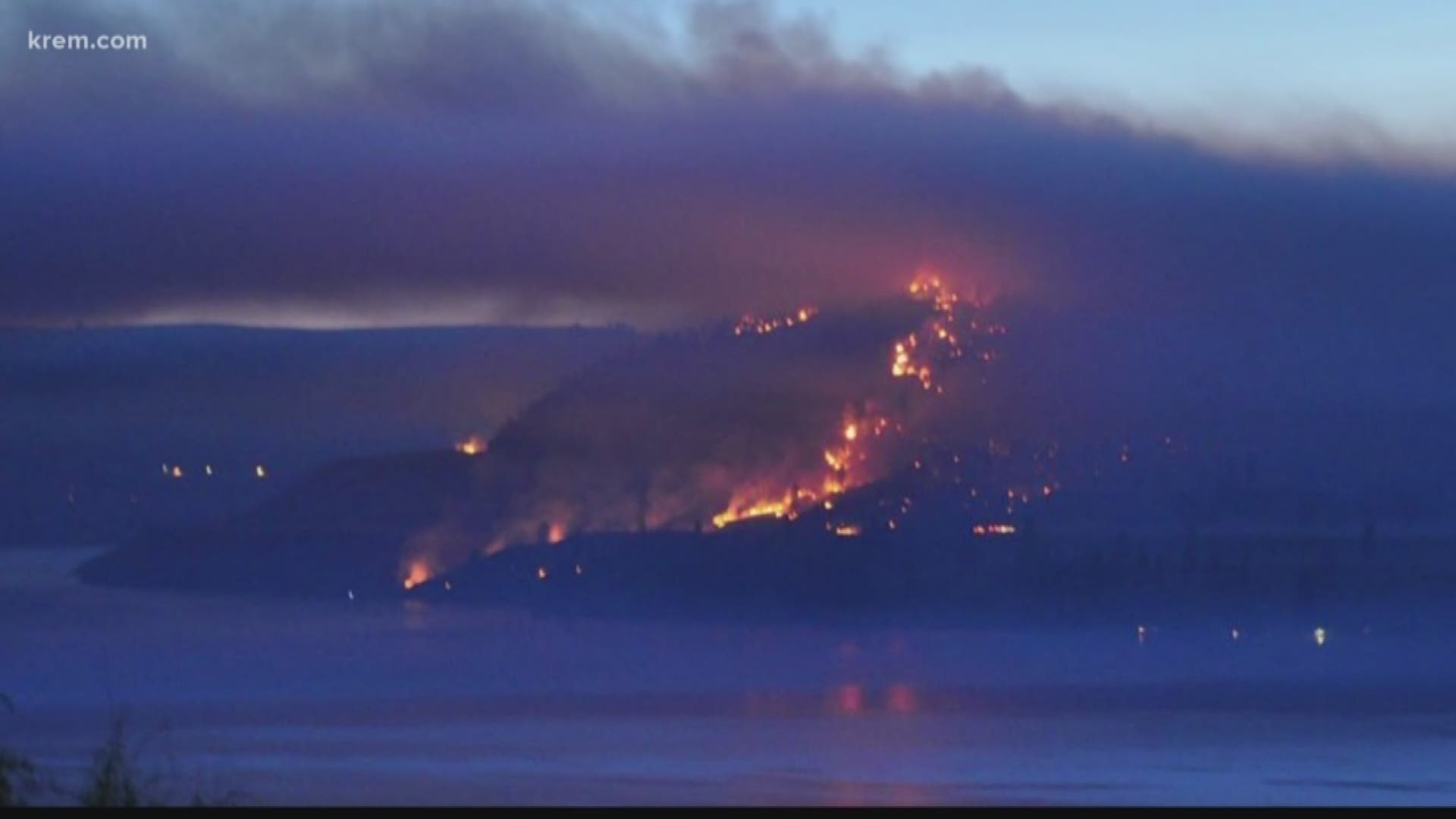 SEVEN BAYS, Wash. – The Rattlesnake Fire in Ferry County has burned 2,700 acres, according to officials.

The fire has affected areas close to Seven Bays, 45 miles southeast of Keller, and west of the Lincoln boat launch.

The fire is 75 percent contained as of Monday morning, officials said. Two-hundred firefighters are working on containment and material work. Right now, they are looking for hotspots.

Officials said nobody was injured and a home in the fire's path was not damaged.

The fire started July 12 within the Hellgate Game Preserve on the Colville Indian Reservation. The NICC reported that the fire was human caused, although it was not clear who sparked the flames of how the fire was started.

Officials said firefighters are dealing with extremely steep and rocky slopes, dead trees from previous fires and rattlesnakes, making it difficult to contain the flames. Boats were being used to transport firefighters from the Lincoln boat ramp to the lower part of the fire.