The Bull Trout is a threatened species of Char that calls Trestle Creek home, but the danger doesn't only come from the flames. 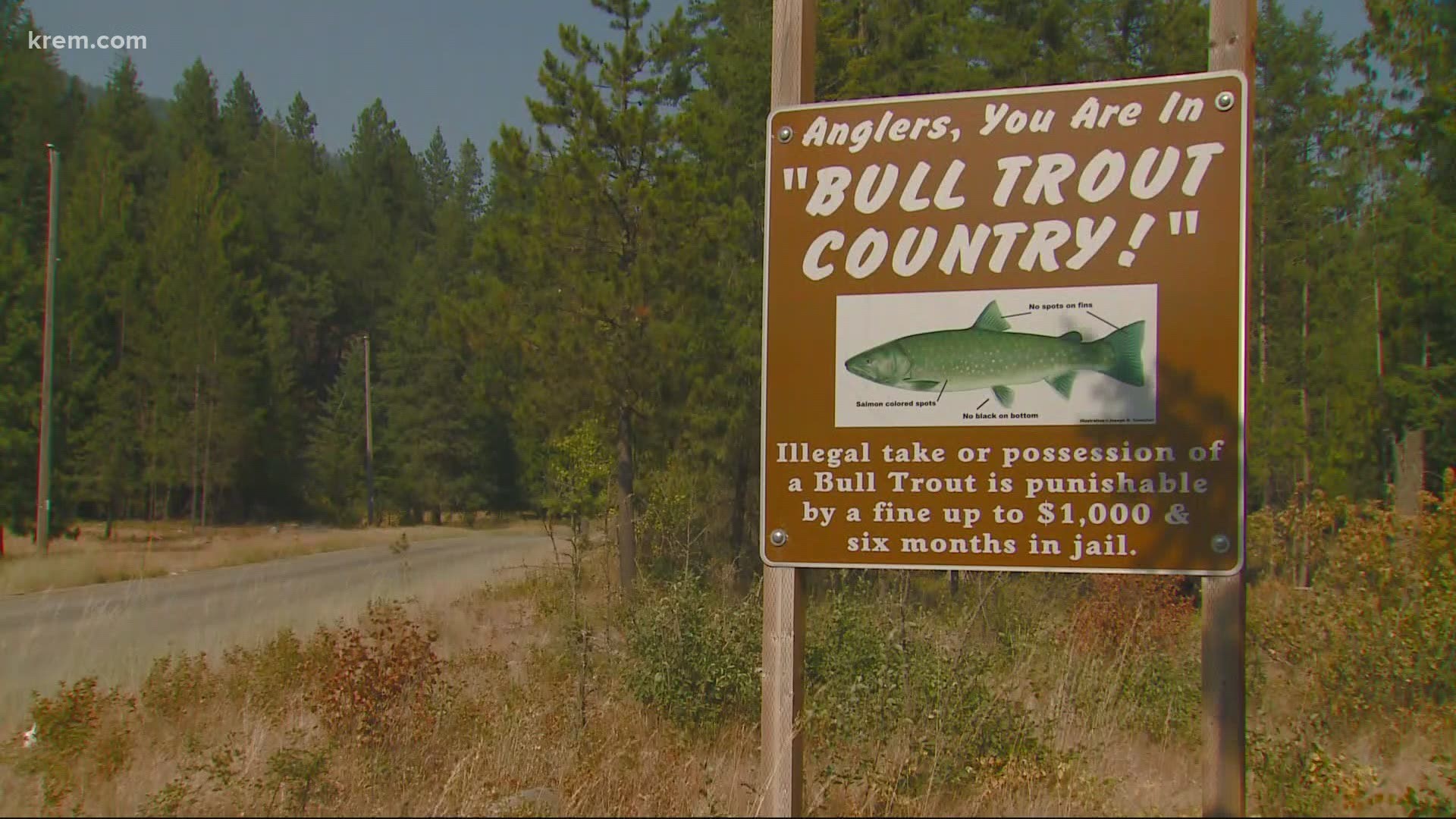 BONNER COUNTY, Idaho — While people may normally think of fighting wildfires as protecting homes and saving lives, crews at the Trestle Creek Complex Fire in North Idaho have another focus.

Crews are also working to protect Bull Trout, a species of Char that calls the cold waters of Trestle Creek home. It is a threatened species, which means it is a species considered at risk of being endangered.

"It does cause us to try to reduce the short-term impacts of the fire because it is a threatened species," said Sean Stash, a Fisheries Biologist with the Idaho Panhandle National Forests.

The two main negative impacts if the fire gets too close to the creek are the loss of overhang and the clearing of vegetation that prevents debris such as large gravel from entering the water. Overhang is vegetation that grows above the water, keeping it cool. That's important because the estimated 300 Bull Trout in Trestle Creek are cold-water fish that thrive in 44 - 48 degree water.

However, the fire itself isn't the only danger.

"The biggest risk may be from fire suppression right now ... if they're doing retardant drops or water drops near the fire," Stash said.

Fire retardant is bad for fish, and the water being used in drops is from Lake Pend Oreille, which is home to a number of aquatic species that could harm Bull Trout.

If all goes to plan and the fire and fire suppression efforts keep their distance, the flames may not be a bad thing for the threatened fish.

"A lot of people have this misconception that fires are bad for the fish and the stream, and actually they're not," Stash said. "I mean, these fish and these streams have evolved with fire and there's a lot of benefits that come from having wildfires."

Fires can help fish in the creek in a similar way to how it can harm them - by making it easier for debris to enter the creek. Stash said that fires can help bring smaller amounts of gravel and debris into the water that doesn't actually harm fish. Instead, it provides them a place to spawn, important for a threatened species like the Bull Trout.

Luckily, Stash thinks this fire will be one of the good ones for the fish.

"I'm not sure there will even be any impacts or effects from the fire to fish in Trestle Creek because they have kept the fire away," Stash said.