KREM 2 viewers in Nespelem and the surrounding areas have been sending in photos and videos of the flames since the fires started. 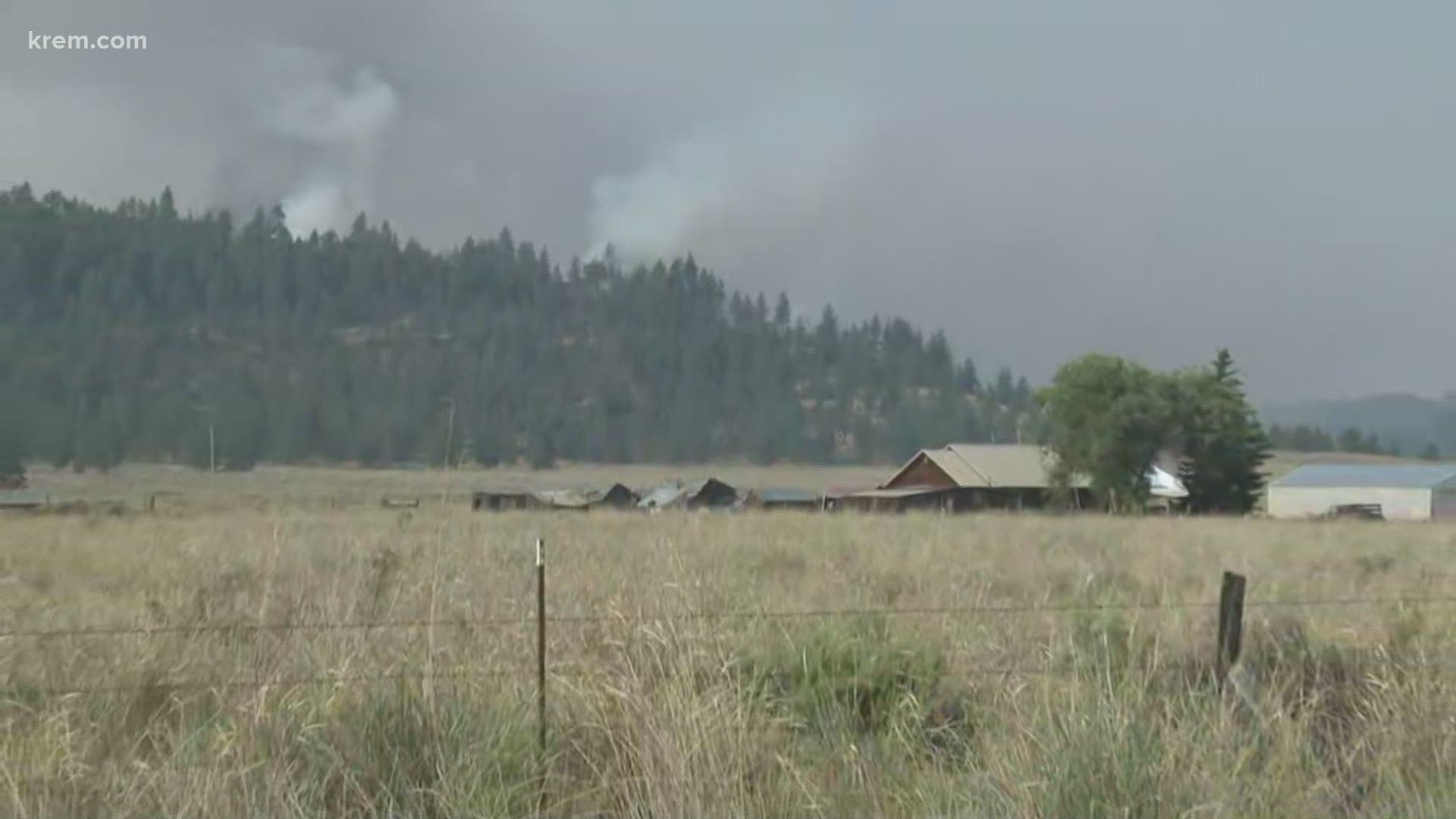 As of Tuesday morning, Level 3 evacuations remain in in place for the town of Nespelem, the Colville Indian Agency and residents at Owhi Flats along Cache Creek Road. This means residents need to evacuate now. Some residents of Nespelem area coming back through the area since the fire already burned through most of it, according to Moses.

Level 2 evacuations are in place along Joe Moses Road.

Level 1 evacuations are in place for Buffalo and McGinnis Lakes. This means residents should "get ready" in case of evacuation.

Okanogan Emergency Management believes the fires were started by lightning.

KREM 2 viewers in Nespelem and the surrounding areas have been sending in photos and videos of the flames since the fires started.

Many photos show the flames burning in the mountainside and road closures.

Viewer Shawn Robinson sent in a video showing the destruction from the fires. You can see burned out cars, piles of charred rubble and hazy skies.

Another video from Monday night shows the flames in the mountainside. In the video, a woman is describing the location of the flames. She said the flames are on the east side of Nespelem behind Jackson's Hill. The woman says she was seeing dry lightning in the area before the fires started.

KREM viewer Daniel Nanamkin sent in a video showing what he described as an old bar burning.

The wildfire(s) burning near Nespelem has so far burned 14 structures including 7 homes (3 occupied, 4 unoccupied). Viewer Daniel Nanamkin sent me this video of what described as an “old bar” burning. pic.twitter.com/xFytLFAYmZ

Ricky Gabriel posted a video of his neighbor's horses running from the fire. He said he wrangled them up and was able to get them to shelter.

Do you have wildfire photos or videos? Send them to us through the "Near Me" feature on the KREM 2 mobile app.

SR 155 is open to evacuate from the fires. The Red Cross has set up a shelter at Coulee Dam High School's main gym. There is also an evacuation center at the Nespelem Community Center at Schoolhouse Loop Road.

There are a number of road closures in the area:

According to Okanogan Emergency Management, people should be aware of their surroundings and take action now. They said to be cautious of emergency vehicles responding. They advise not to wait for door-to-door notification and to take action if needed.

According to Director of Public Safety Sabrina Desautel, all non-essential personnel in Nespelem will be on administrative leave Tuesday. In addition, Indian Health Services will be closed as well.