A volunteer firefighter in Detroit, who lost his home in the fires, says hidden fires in root systems could burn undetected for months. 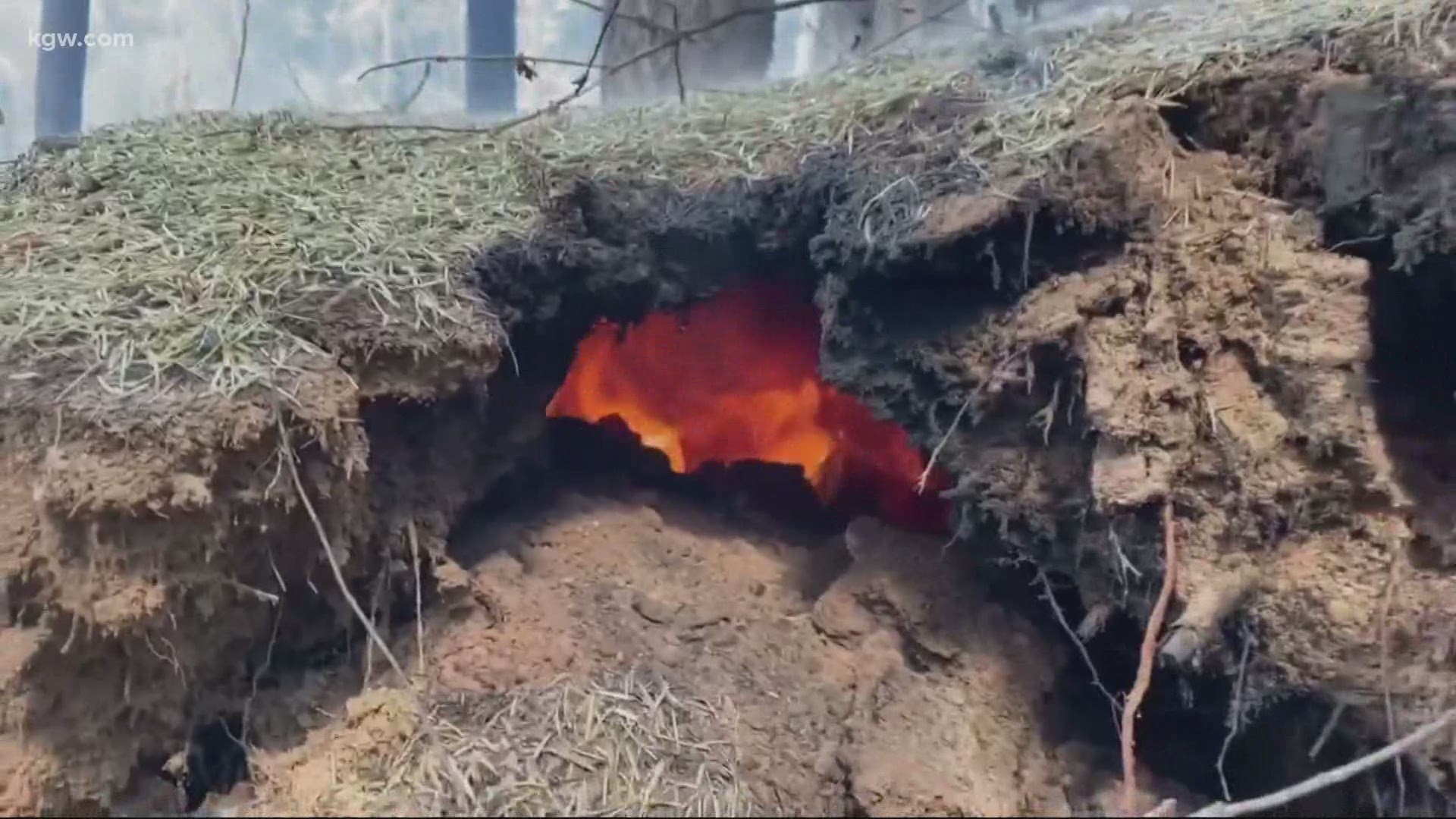 DETROIT, Ore. — Fires are still burning. You just might not be able to see them.

Don Tesdal, a volunteer firefighter with the Idanha-Detroit Fire District, was in Detroit over the weekend doing fire mop up when he came across a serious problem many might miss. From above the mound it looked like a little smoke. But below it was an active fire just waiting for the chance to get out.

"If you didn't know any better, you could probably find yourself with two legs knee deep in one of those holes," he said. "And it doesn't take long at 1,200 degrees to burn the shoes right off your feet."

Tesdal has been posting videos on his Facebook page to inform the community of what is going on in Detroit. One of his first posts was last week showing what the fire did to his own home.

"The reason I've been posting these videos is to give the community an idea of what's going on," he said.

In this case, what's going on under ground, where you can't see. Hidden fires in root systems could burn undetected for months.

"I wouldn't be a bit surprised if we still have a lot of this stuff going on well into February," Tesdal said.

These hidden fires pose a danger not only to those walking on the ground above them, but for anyone even near them.

"It becomes like clay, you walk over the top of it and it just breaks, it's real fragile," Tesdal said. "So, it wouldn't take very much for a very dangerous tree to just topple down onto the highway."

Because the fire district is all volunteer, it has nowhere near the number of chainsaws and forestry tools it needs to deal with the dangerous trees. It's hoping donations will help with that, because the firefighters' work is far from over.

If you'd like to help out these volunteer firefighters who have done so much these last couple of weeks there is a donation tab on the Idanha-Detroit Fire District web page.