'It’s just what you do for your community': Nespelem residents help round up horses running loose after fire

The wildfires near Nespelem in Okanogan County continue to grow following 60 lightning strikes that started the fires. 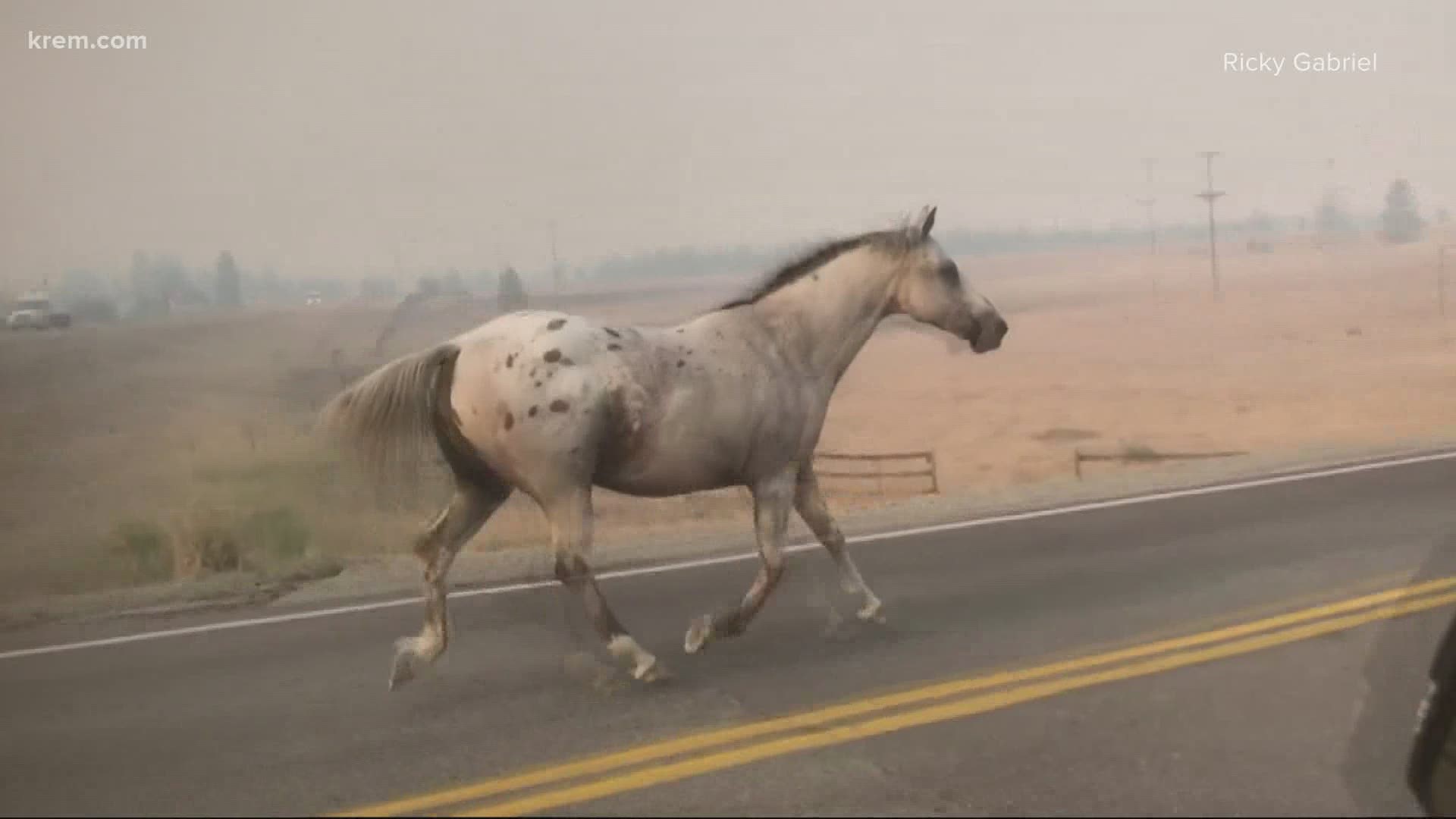 NESPELEM, Wash. — The wildfires near Nespelem in Okanogan County continue to grow following 60 lightning strikes that started the fires. On Wednesday, the fire burned 15,000 acres.

Amid the chaos, Ricky Gabriel jumped into action to round up several horses running loose on the highway.

“I wasn’t expecting to see them running across Highway 155 here,” Gabriel said.

He noticed them racing down the road on his drive to work Tuesday morning. They were frightened by the wildfires burning near Nespelem.

He let them run by before rounding them up. He said it is second nature to corral horses.

“We practice all winter catching wild horses, my friends and I, out in the mountains," Gabriel said. "It's something we're famous for. Our tribe is famous for having the best horsemen in the world.”

He followed them in his truck he called Black Horse.

"It's pretty fast. You know, you can't really outrun it or outmaneuver me," Gabriel said.

He kicked his truck into gear and led the horses into the rodeo grounds arena.

He told KREM 2's Amanda Roley he recognized some of the horses in the group. But even if he didn't, he said it's not unusual for him and his neighbors to look out for one another this way

“We help each other around here, doesn't matter what the differences are," Gabriel said. "We just jump in and help. We have each other and most times, and that's all we have.”

Gabriel not only jumped into action to help his neighbors during wildfires. He also helped his community in the aftermath.

He is currently rebuilding two homes that were lost in the last two fires that burned through the Nespelem area.

He said it’s just what you do for your community.