Nearly 75% of the Gem State is seeing "abnormally dry" conditions, according to the National Integrated Drought Information System, and that may lead to more fires. 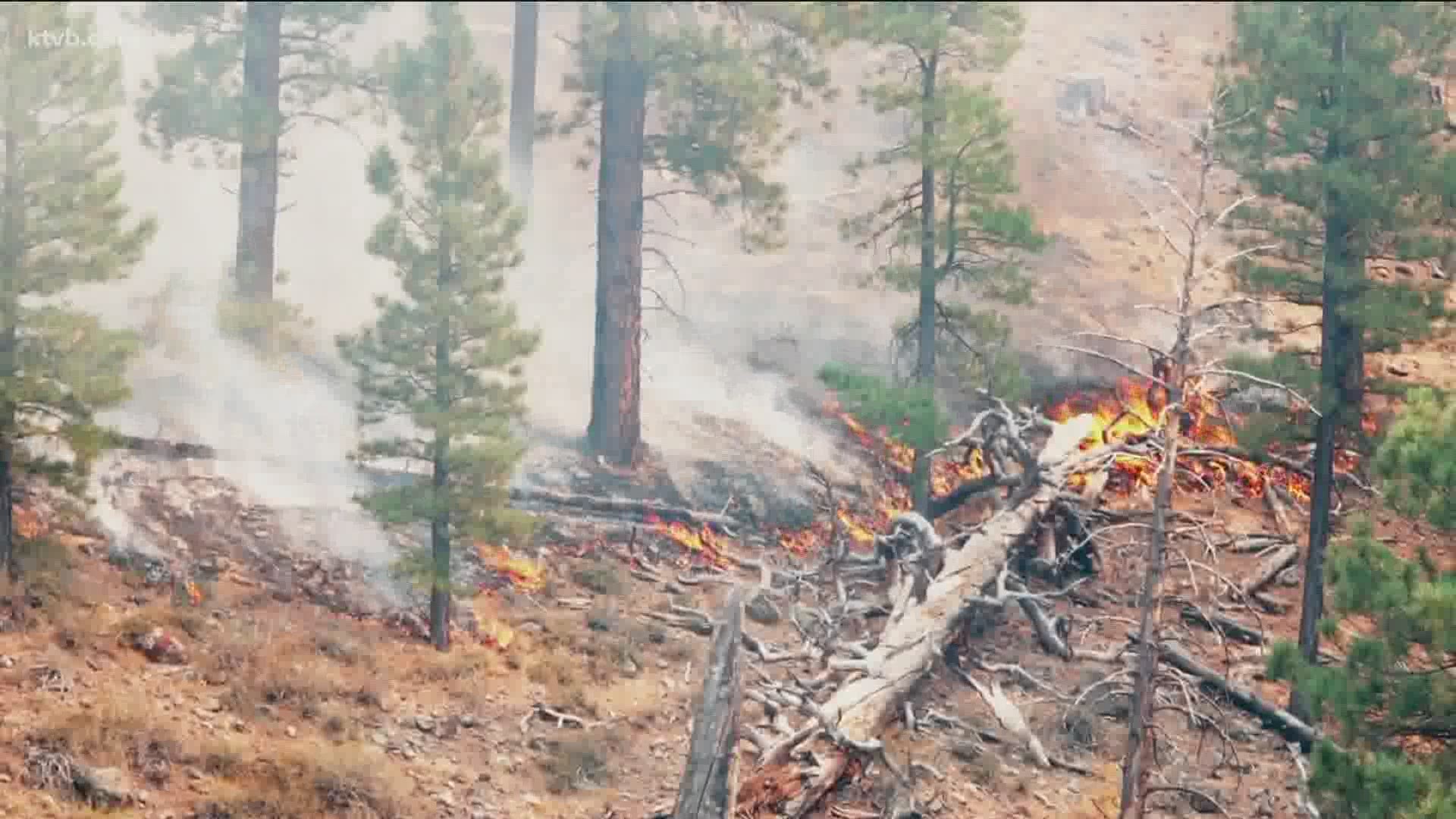 BOISE, Idaho — Idaho and other parts of the Western U.S. are experiencing a dry couple of months. The National Weather Service believes that if the area does not see rainfall in the next few weeks, it could bring a big wildfire season to the region.

Nearly 75%of the state has "abnormally dry" conditions, according to the National Integrated Drought Information System.

Jay Breidenbach, the warning coordinator meteorologist with the NSW National Oceanic and Atmospheric Administration Boise, says because 2020-2021 was a La Nina year, Idaho could have seen above-normal precipitation but that has not been the case.

The state saw below-normal snowpack in the mountains and below-normal rain and snow in the valley the past winter and first half of spring.

Areas in central Idaho saw even drier conditions, with parts of Blaine County in an "extreme drought." Blaine County requested a drought declaration in early April.

The Blaine County Commissioners wrote, "Based on current stream-flow predictions, Magic Reservoir will likely only have 60 to 70 days of water."

These conditions not only bring hardships to agriculture and farmlands but also increase the chance of wildfires.

Breidenbach sees it as a big concern as the summer approaches.

"We’re hoping for some precipitation to come into the area," Breidenbach said. "Not enough to cause flooding, but it would be nice to see a couple of days of rain to really soak the ground and see a little bit more snow up in the high country.”

Precipitation is forecast for this upcoming weekend.

It isn’t just Idaho, a lot of Western states are in what Breidenbach called an "exceptional drought." Although the Gem State won’t see as high of a wildfire season as the southwestern states whose fires will bring in a lot more smoke.

"Just looking at how dry it is over the western United States if we don’t get some rain in the next month or so, we won’t get much rain in the summertime here," Breidenbach said.

Though the summertime does get occasional showers, it usually brings thunderstorms which could bring dry lighting and cause wildfires.

The National Weather Service said there is no immediate threat in the Idaho area because of how moist it still is. Breidenbach does predict an early wildfire season if the lack of precipitation continues.

Take care with your spring cleaning by following these simple steps:
⭐️Clean the area around your burn.
👤Stay by your burn until its out cold.
🧯💧Have a water and shovel near by.
💨Avoid burning on windy days.
https://t.co/hrQHpgVs7x

The Boise Bureau of Land Management is keeping a close eye on conditions.

“We always prepare the same, which is that it’s going to be a bad fire season," said Jared Jablonski with the Boise Bureau of Land Management. "Every spring, from [March] and into May, we work with our cooperators closely to put on a lot of training and classes."

The agency has already responded to a few fires because there's less green than they would normally see this time of year. The dead and dry materials are easy to ignite.

BLM is asking the public to be careful and be aware of their surroundings as they enjoy the great outdoors this summer. Jablonski reminds people to avoid burning and shooting near dry vegetation.

"No matter what comes this summer, we'll be prepared," Jablonski said.