The burn bans are due to extreme weather and will be in place until further notice. 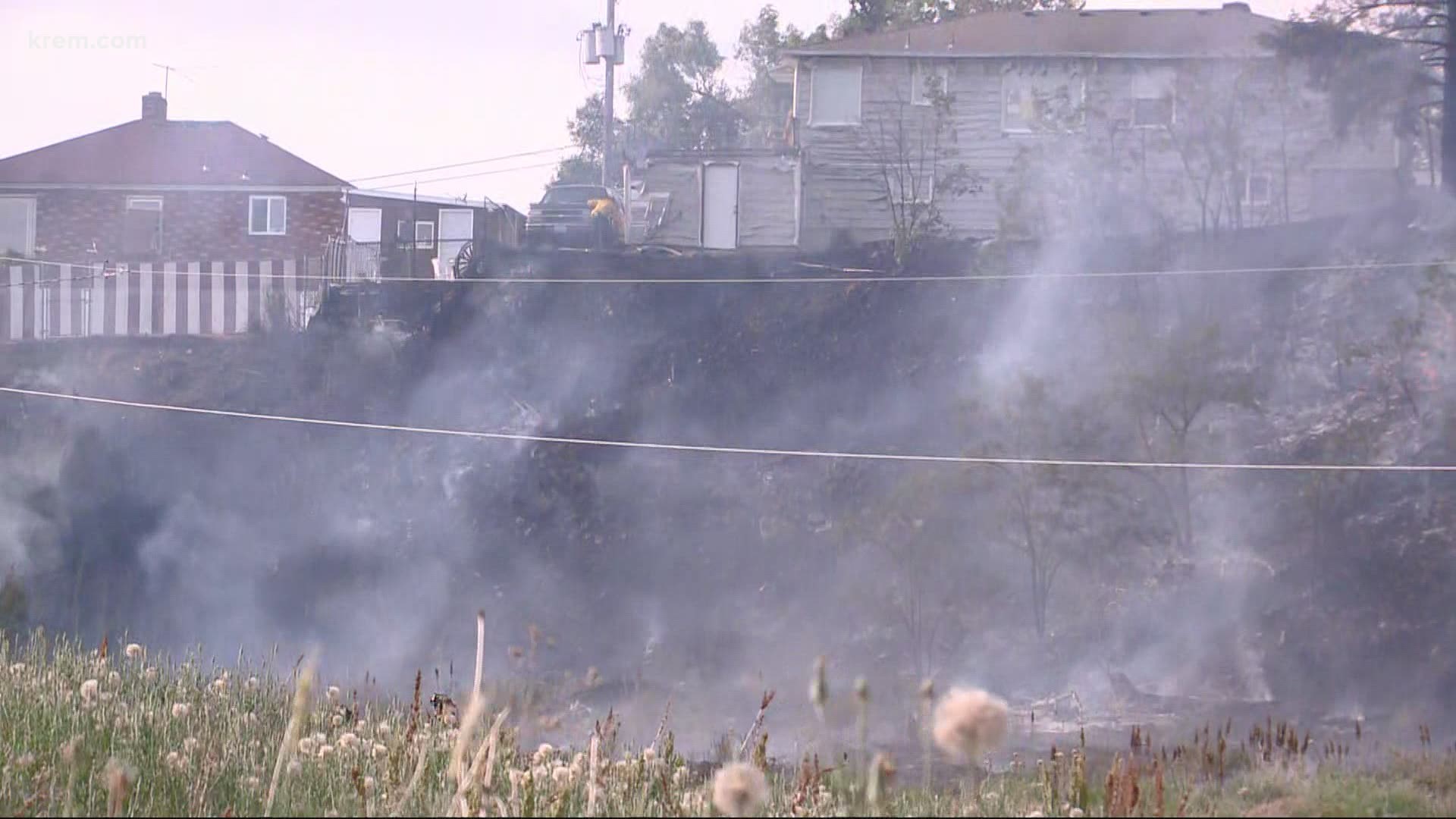 A historic heat wave is on the way for much of the Northwest. Temperatures will soar to record high levels this weekend as Spokane sees the potential for the highest June temperature ever recorded.

It will be so hot this weekend that widespread high-temperature records will be broken. Temperatures will trend almost 30 degrees above normal. In Spokane, that puts high temperatures above 100 degrees starting Saturday and staying there through at least the first part of next week.

Here is a list of counties and recreational areas that currently have a burn ban in place.

The Bureau of Land Management has issued burn bans for a majority of Eastern Washington Counties beginning on Thursday, July 1.

Building, maintaining or attending a fire is prohibited under this ban. The only exception is at Liberty Campground. Discharging firearms unless on a lawful hunt is also now prohibited on federal land.

Operating an off road motor vehicle on undeveloped roadways on Bureau land is also no longer allowed in order to prevent any brushfires in the dry brush surrounding trails.

The Washington Department of Fish and Wildlife is restricting campfires and other activities on department-managed lands in Eastern Washington beginning on Friday, June 25.

This will help reduce the risk of fire on state wildlife and water access areas.

In addition to the campfire ban, a temporary restriction on firearm use will also begin on Friday. Target shooting and other gun use will be prohibited, but the discharge of a firearm for legal hunting will still be permitted.

Overall, the emergency order that imposes restrictions east of the Cascades prohibits:

Areas with burn bans in place in Washington

• Okanogan County: The ban is currently in effect.

• Foothills FDRA: Permit Burns and Rule burns are not allowed. Campfires are allowed in approved, designated campgrounds only.

• Upper Basin FDRA: Permit burns and rule burns are not allowed. Campfires are allowed in approved, designated campgrounds only.

• Valley FDRA: Permit burns and rule burns are not allowed. Campfires are allowed in approved, designated campgrounds only.

• Asotin County: All permit burning, rule burning, and campfires are not allowed.

• Kootenai County: Burning will be closed for all fires except recreational fires in an approved fire pit. This is because the extreme temperatures, low humidity have raised fire dangers in Kootenai County.

• Coeur d'Alene Fire does not have one in effect, but has raised the fire danger signs at Tubbs Hill. Camp fires, fireworks and smoking are not allowed on Tubbs Hill at any time.

“With an extremely dry and hot spring and summer, the risk of fire danger in our area has greatly increased,” a Post Falls news release said Thursday. “We encourage everyone to do their part to prevent fires by following all fireworks rules and regulations as well as making sure to secure matches and lighters after celebrating with Safe and Sane fireworks.”

While it's legal to have open, outdoor recreational fires in Kootenai County, KCFCA said all fires must meet the following requirements:

• Outdoor recreational fires must not have a total fuel area greater than 3 feet in diameter and 2 feet in height.

• Fires can only be used for pleasure, religious, ceremonial, cooking, warmth or similar purposes.

• Individuals shall initiate no fire within 25 feet of a structure or combustible material.

• Recreational fires in approved portable outdoor fireplaces shall not be conducted within 15-feet of a structure or combustible material.

• Fires shall be constantly attended to until the fire is extinguished.

• A minimum of one portable fire extinguisher with a minimum of 4-A rating or another extinguishing method must be available for immediate utilization.

We will be updating this story when new bans are announced and when current ones are lifted. 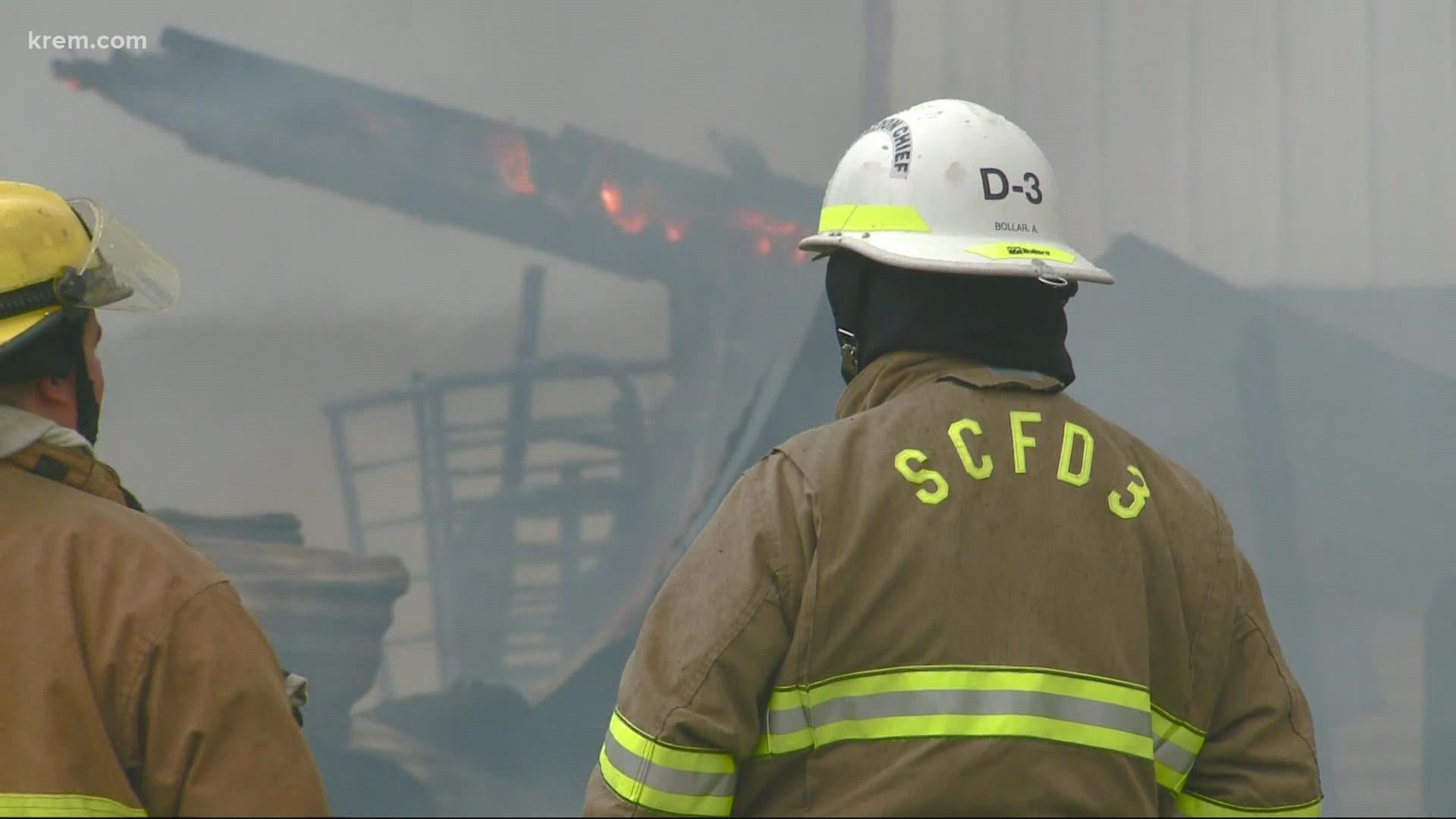