The Douglas County Sheriff's office has reduced all evacuation areas to level 1. 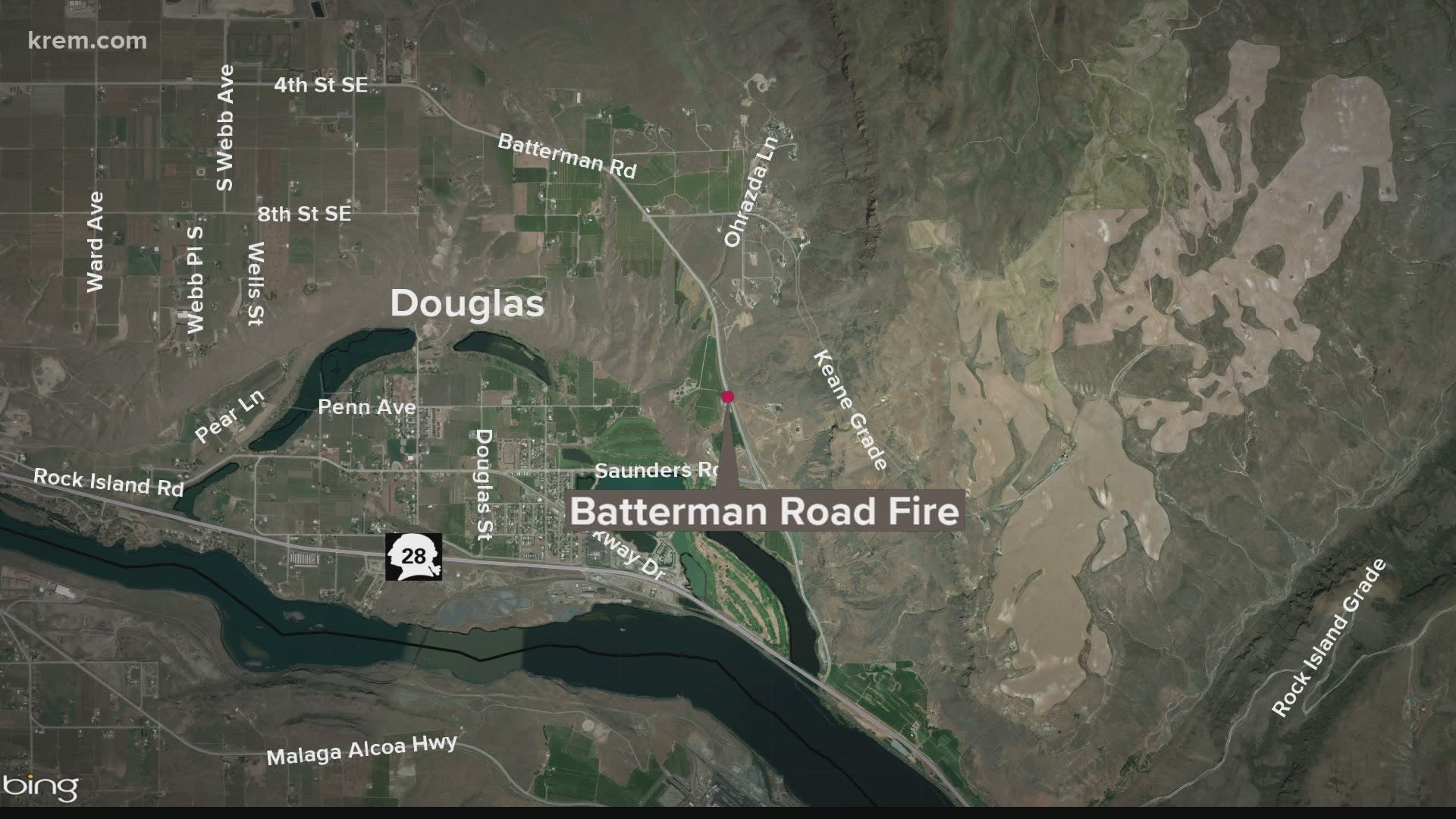 DOUGLAS COUNTY, Wash. — A brush fire burning in Douglas County near East Wenatchee has grown to at least 14,100 acres and is about 80% contained as of Friday morning, according to the Douglas County Sheriff's Office.

Monday night, firefighters continued to focus on the most active portions of the fire in the Rock Island Creek Drainage.

The Batterman Road Fire located near Grant and Batterman Roads began burning on the Fourth of July, according to the Douglas County Sheriff's Office.

As of Monday morning, approximately 80 structures are threatened by the flames. Local resources are being relieved by state mobilization resources and the state's Incident Management Team will manage ongoing suppression efforts, the sheriff's office said.

The Batterman Fire is burning in sage and grass and the cause of the fire is currently under investigation. There have been no reports of any injuries or structure losses at this time. People are asked to avoid the area and yield to emergency vehicles.

An emergency shelter through the Red Cross is located at Eastmont High School.