Unhealthy air across Puget Sound after 330,000 acres burn in Washington in 24 hours

Residents are urged to stay indoors, with windows shut, as wildfire smoke is full of small particles that can get into your eyes and lungs, causing health problems. 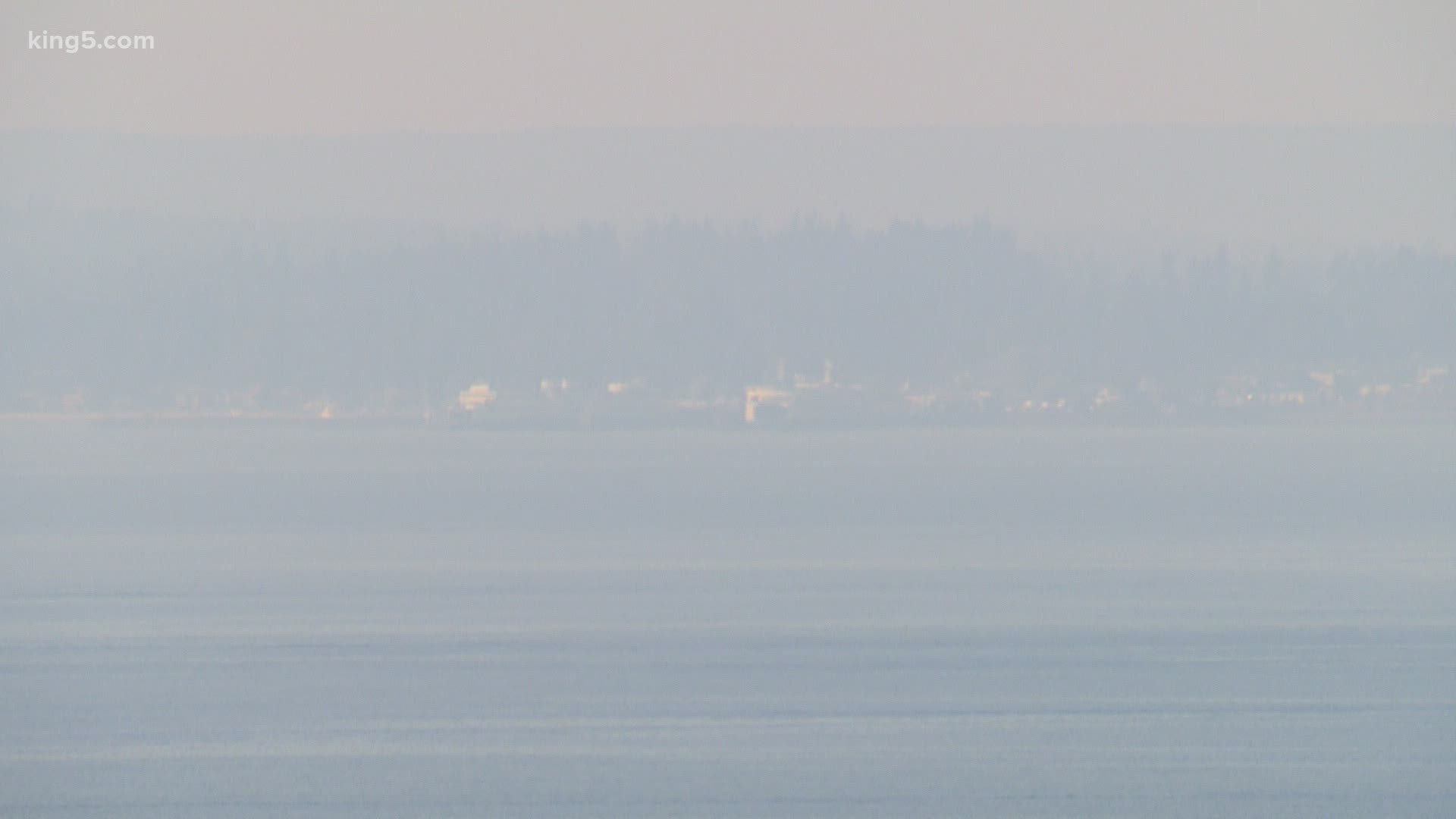 SEATTLE — With wildfire smoke moving across western Washington, officials are advising residents to keep their windows shut and stay indoors as much as possible.

Much of the Puget Sound region was experiencing what is considered to be unhealthy air Tuesday due to the wildfire smoke being pushed in by easterly winds.

An air quality alert is in effect until 10 a.m. Wednesday.

While most of the smoke is coming from fires in central and eastern Washington, a large fire is threatening homes in Pierce and Thurston counties.

Gov. Jay Inslee called Washington's situation a 'wildfire crisis.' He said as of Tuesday, 330,000 acres have burned across the state in just 24 hours. Inslee said that the amount of land burned in the last 24 hours is more than what the state has seen in the last 12 wildfire seasons. 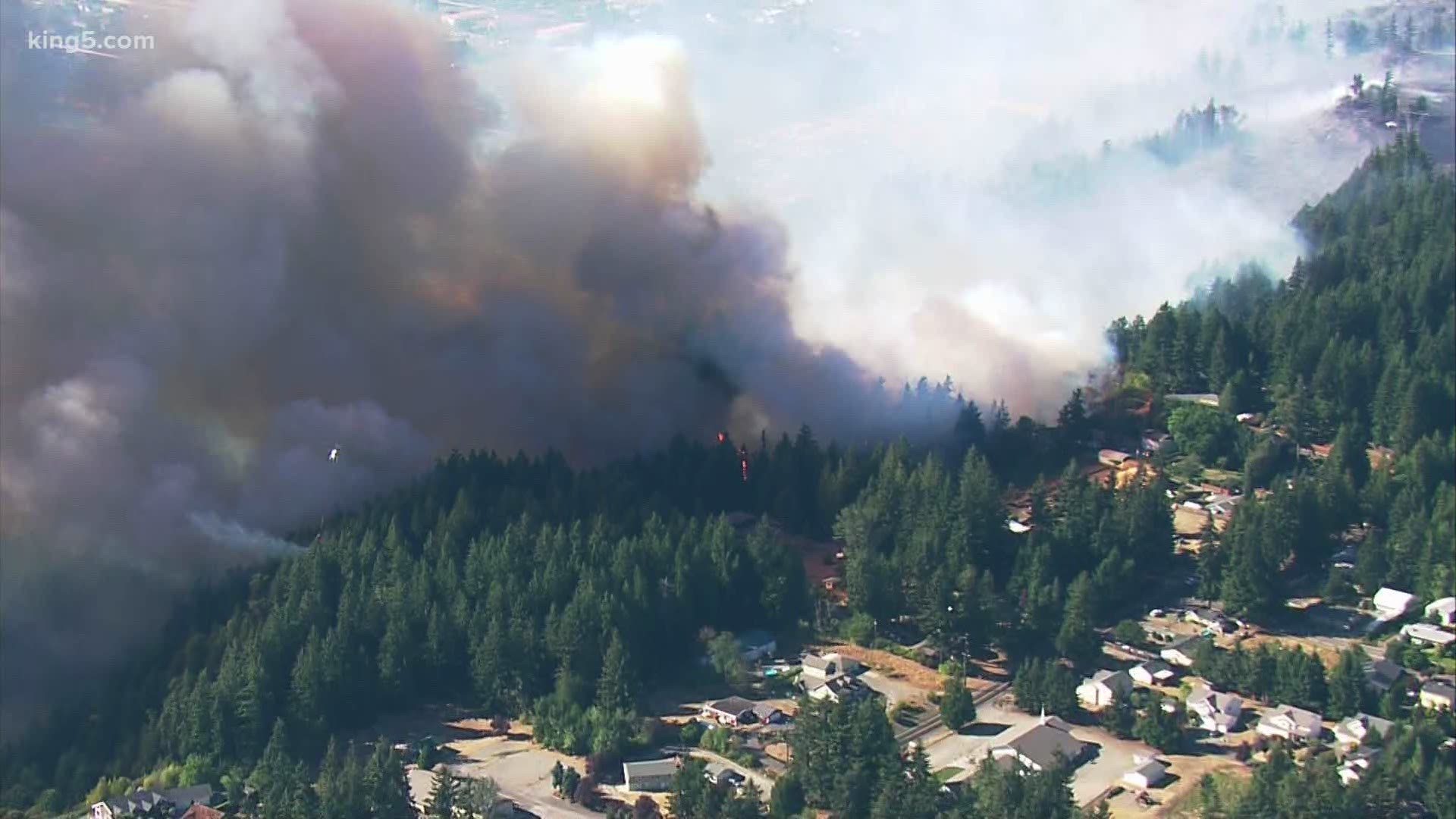 Inslee and other state officials provided a response to the statewide wildfires on Tuesday afternoon. WATCH HERE:

RELATED: This DIY air filter for wildfire smoke is less than $20

Wildfire smoke is full of small particles that can get into your eyes and lungs causing health problems including chest pain, headaches, or an irregular heartbeat.

The federal US Air Quality Index tracks and forecasts air quality nationwide on its website.

The Washington Department of Health encourages people to stay inside and away from pollution when air quality levels become unhealthy. Keeping your windows and doors closed and using an indoor high-efficiency HEPA filter can help keep indoor air as clean as possible.