SPOKANE, Wash. — As August heats up and dries out central and eastern Washington and North Idaho, fires are sparking all across this side of the Cascades.

We've compiled a list of the significant fires burning in our region and what we know today.

The Williams Flats Fire is burning more than 45,000 acres on the Colville Reservation near Keller as of Thursday morning.

The fire was caused by lightning on Aug. 2. It is 80 percent contained as of Thursday morning.

According to a press release, flash flooding caused hazardous road conditions at the fire and caused 64 firefighters to be unable to return to the incident command post. By Sunday evening, the firefighters were safely back at the base camp.

Level 1 evacuations remain in place for areas south of Four Corners, and on or near the shore of Lake Roosevelt along the Ninemile-Hellgate Road.

This means residents should be ready for a potential evacuation.

Kuehne Road is not under any evacuation orders, but access is restricted to residents and landowners due to heavy fire traffic in the area.

Traffic control points have been established at: 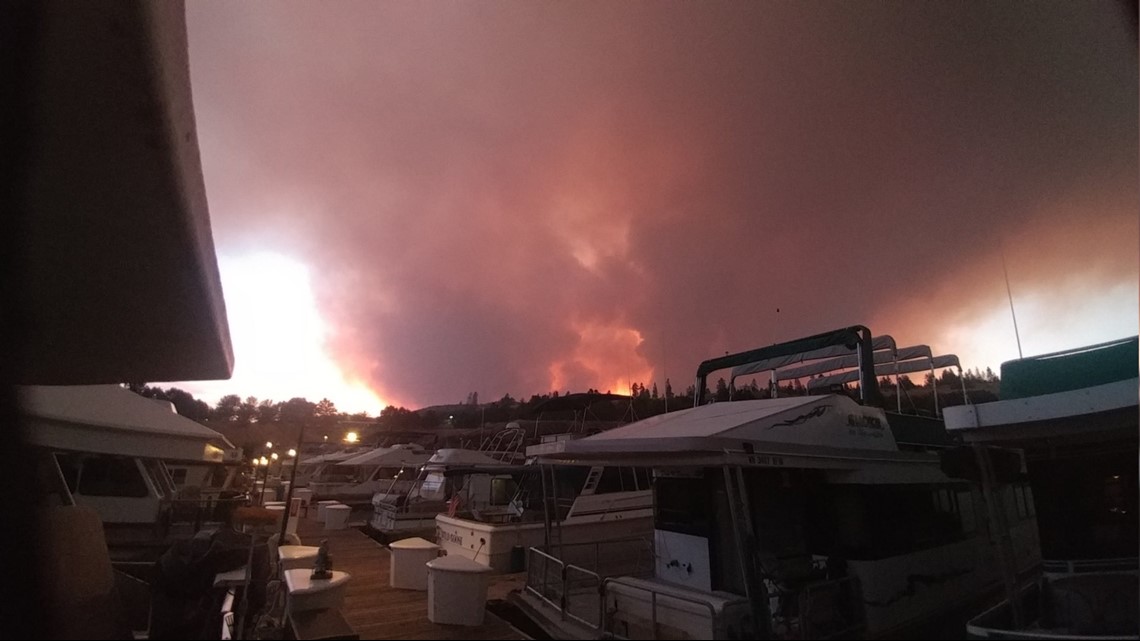 Helicopters may be dipping from Lake Roosevelt for fire suppression efforts, so the public is asked to avoid aircraft activity on the water.

RELATED: Does Spokane smell funny to you? Here's why

As of Thursday morning, it is 100% contained.

CCC Road from Cataldo to Wall Ridge Road remains closed, along with Road No. 259 on the backside of Cataldo Mountain.

The Trail of the Coeur d'Alenes between Cataldo and Kingston also remains closed.

Crews are continuing to mop up and extinguish hot spots on Thursday.

The cause of the fire is under investigation.

It is 100% contained as of Tuesday afternoon.

The fire started Thursday and the cause is still under investigation.

Cool temperatures and rain Friday and Saturday helped crews to make progress on all three fires, agencies report. However, there is an increased chance for mud-slides as the forecast shows heavy rains have prompted a Flash Flood Watch from 2 p.m. to late Saturday evening.