The apartment complex is located at 12204 E Maxwell Ave, according to Spokane Valley Sheriff's Office. 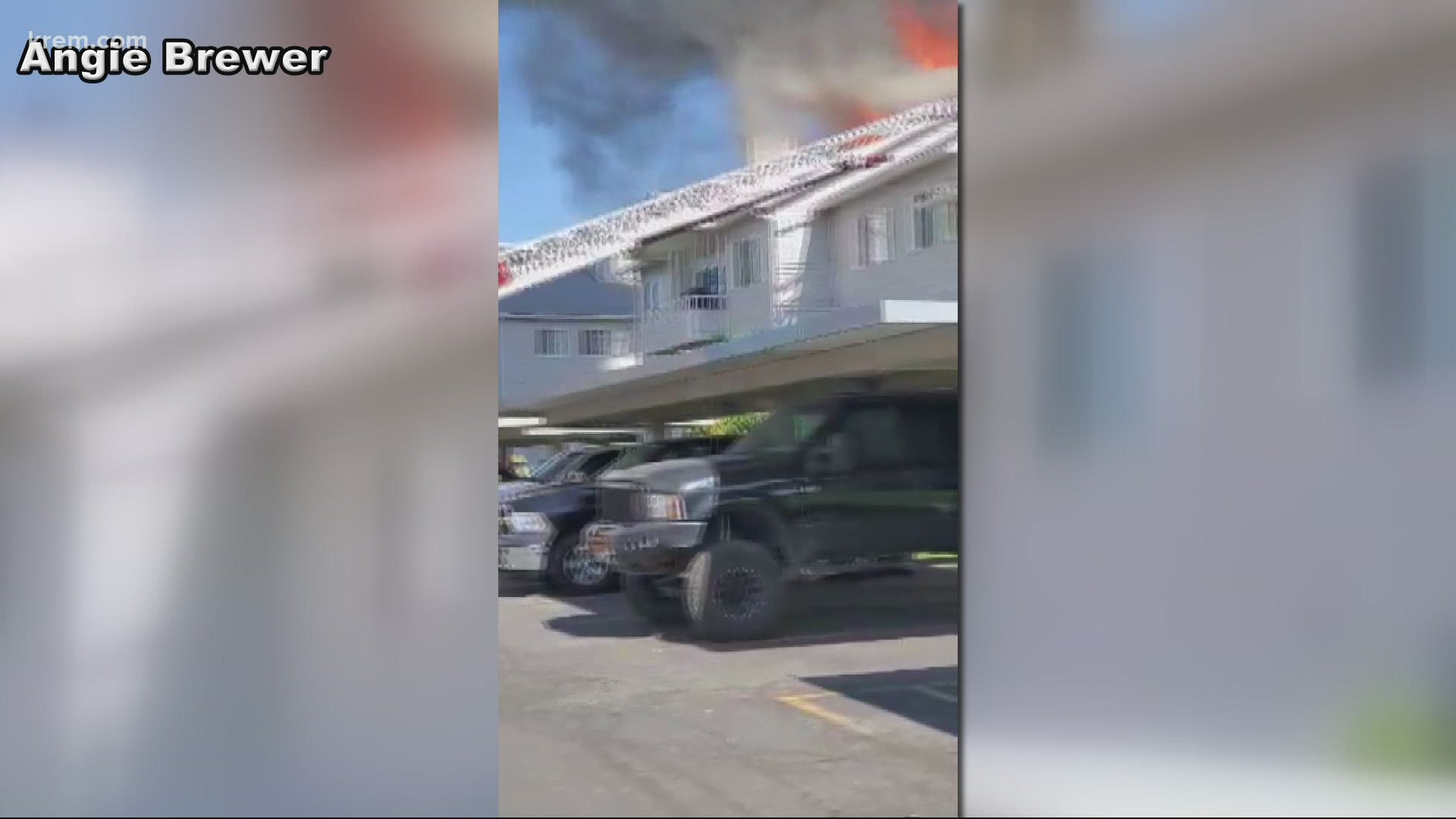 Crews responded to the fire at an apartment complex on 12204 E Maxwell Ave, according to Spokane Valley Fire Department. The sheriff's office was requested to assist and was on scene.

According to Chief Bryan Collins, the firefighters were injured while fighting the fire. Collins said the fire started on the third floor.

There were at least a dozen engines on scene.

Authorities blocked off the road at Pine Street and set up a perimeter. Traffic was backed up near the apartment complex, according to KREM's Joshua Robinson. Smoke was visible from nearby roads.

Here are photos and videos of the fire submitted by KREM 2 viewers:

1 / 7
Tim Wilks
A fire is burning at an apartment complex on E. Maxwell Avenue in Spokane Valley on Thursday, July 15.

This is a developing story and we will provide updates as they are available.