State fire assistance has been mobilized and a State Emergency Operations Center at Camp Murray will remain activated at level 2. 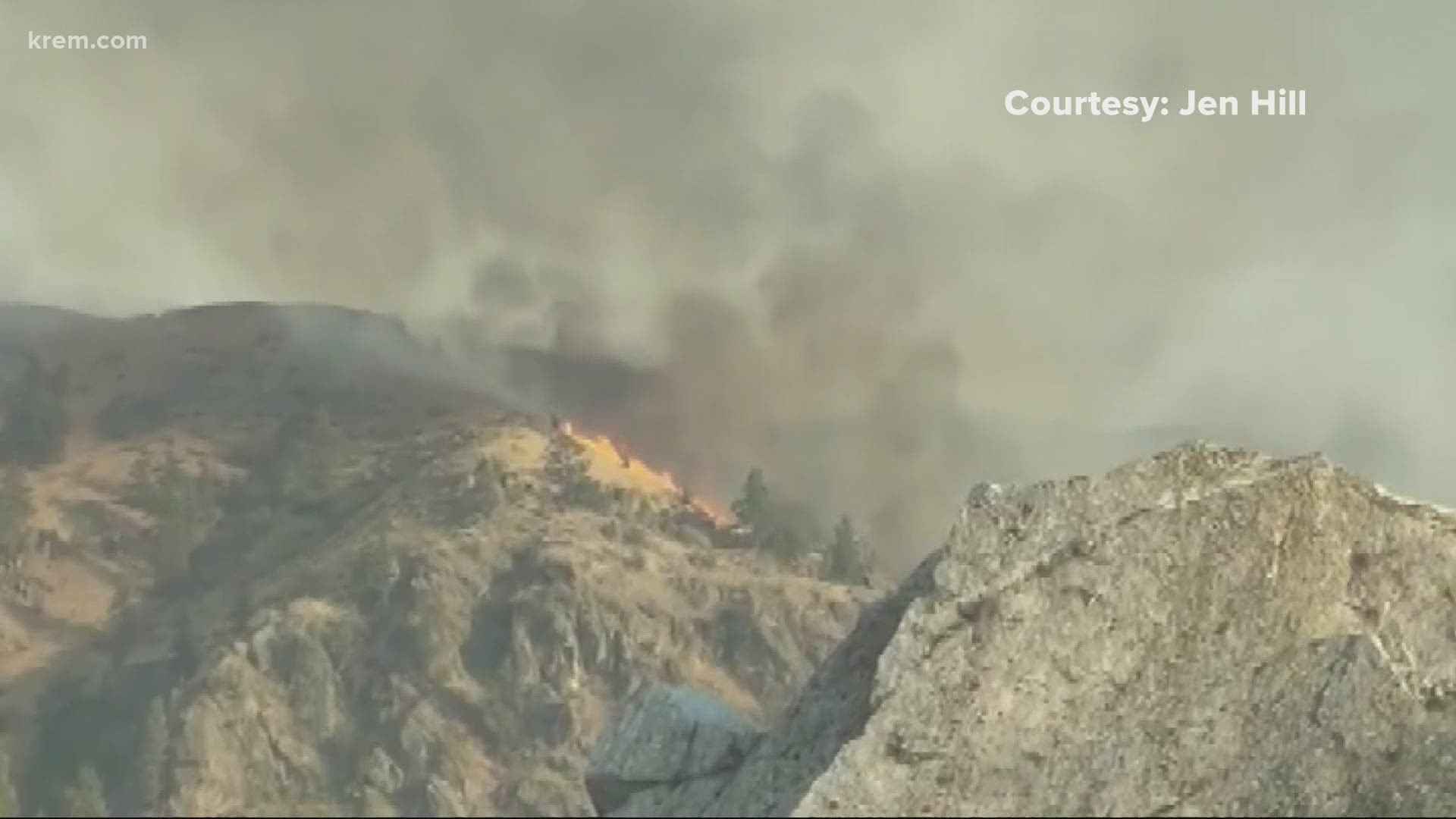 GRAND COULEE, Wash. — The Northrup Fire is burning approximately 252 acres near Grand Coulee, according to the Department of Natural Resources.

The fire as of Sunday Morning is 65% contained.

The fire shut down both directions of State Route 155 near milepost 18.

According to WSDOT East, State Route 155 is closed northbound at the junction of US 2 and State Route 155. The southbound closure is near Northrup Canyon Rd. at milepost 19. WSDOT expects the road to remain closed until at least Saturday morning.

There are Level 1 evacuations in place for the Jones Bay community south of Osborn Bay, east of SR155. This is about three miles south of Electric City, Washington. A Level 1 evacuation means to 'get ready', because the fire is growing or spreading. Kyle Foreman with the Grant County Sheriff's Office said about 40 homes are impacted by the evacuations.

The Grant County Sheriff's Office had previously gone door-to-door to let residents know of the evacuations when they were at level 2 and level three status.

Steamboat Rock campers who were displaced by the fire can access steamboat to get their things from the south 9of Coulee City. From Grand Coulee, go west on SR 174, then south on SR 17 to Coulee City, then north on SR 155.

State fire assistance has been mobilized and a State Emergency Operations Center at Camp Murray will remain activated at level 2. The Fire Protection Bureau has ordered two strike teams and will be managed by a Type 3 Incident Management Team.

The Department of Natural Resources and Bureau of Land Management is responding to the scene.

There are fire engines and air assets on the scene, according to DNR.

There is no estimated time for reopening the roadway as of 8:30 p.m. Thursday.