Baby Yoda, also known as "The Child" or Grogu, was dispatched with the crew to bring them help from the force as they work to contain the Sherwood fire. 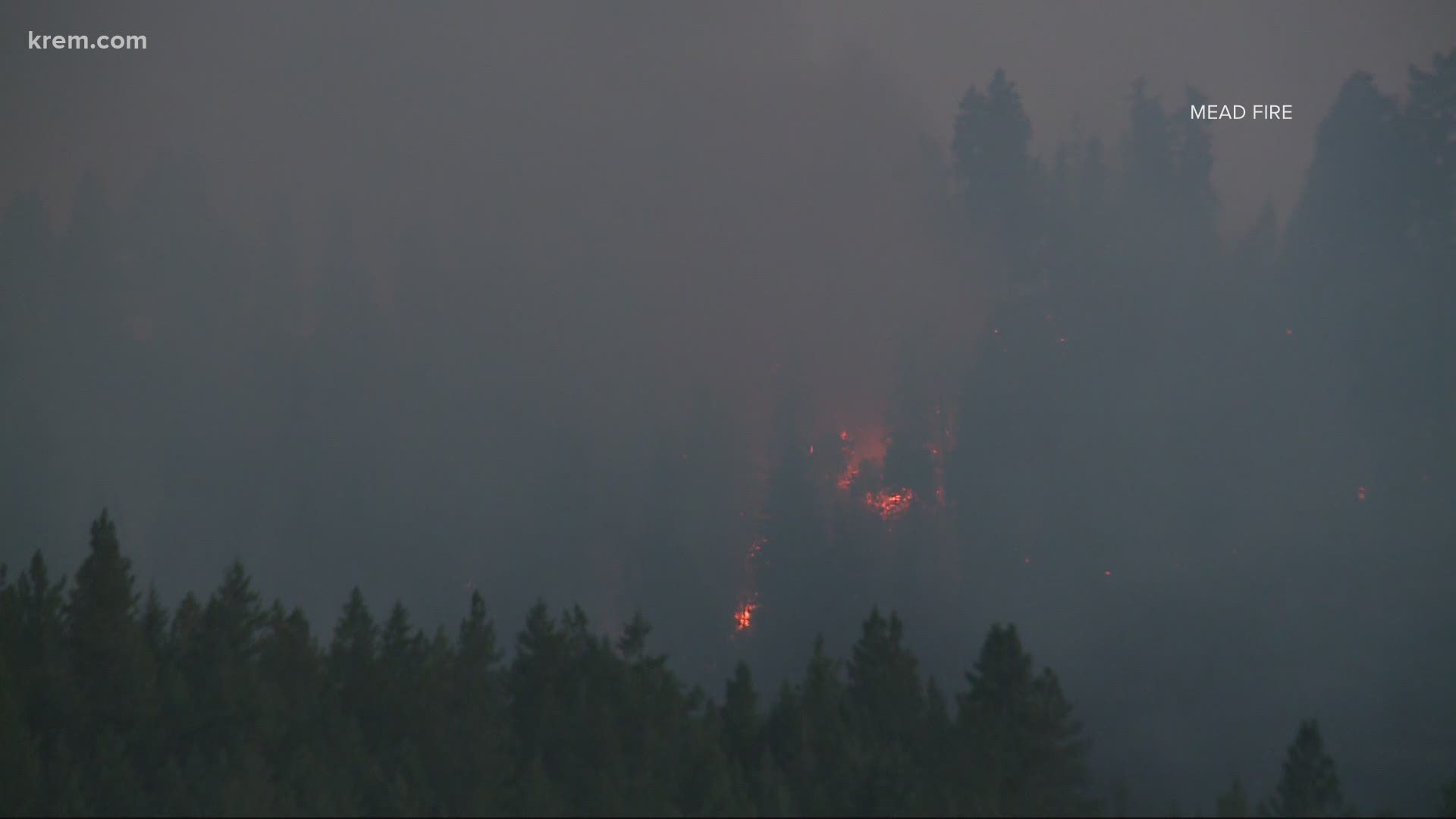 WELLPINIT, Wash. — Sherwood fire crews were joined by a special member to help keep their spirits up as they battle the flames near Wellpinit, Washington.

Baby Yoda, also known as 'The Child' or Grogu, was dispatched with the crew to bring them help from the force as they work to contain the fire burning on the Spokane Tribe of Indians Reservation in Stevens County.

Washington Commissioner of Public Lands Hillary Franz visited the area Wednesday. She told the media the story about how he made his way to Eastern Washington.

"Last year, we know that the West Coast was hit hard," Franz explained. "Labor Day fire storms, unprecedent 620,000 acres burned in 72 hours. Right here in Washington State, we lost a little boy's life. We had an entire town burned down. We know that Oregon, California, Colorado, were hit hard. And we were all fighting with very little resources and a little boy, Carver who was five at a time, sent it. He sent this note and Yoda, and it says, 'Thank you firefighters here is a friend for you in case you get lonely. Love, Carver.'"

This is not Baby Yoda's first fire, in fact, their Facebook page 'Baby Yoda fights fires' shows a long tradition of the child going out on the fire lines all over the country. He wears pins on his clothes showing where he's been and who he's helped. He's been to Nevada, Oregon, Colorado, California and Iowa.

Where there is smoke and fire , there is a child bringing the force 🔥

Baby Yoda was introduced Franz when she met with tribal leaders to discuss updates on the Sherwood fire's progress. His appearance at the Sherwood Fire is the first of the season but most likely not his last. Washington is one of several states in the west fighting an already intense fire season.

"We need everyone, not just in Washington State, but throughout the Western states right now to have the spirit, the compassion, the care that Carver has shown for our firefighters, not only to prevent them. This is going to be a really tough fire season," Franz said. "And a lot of people are putting their lives on the line for every one of us."

The Sherwood fire is one of at least 10 large wildfires burning in the state. As of Wednesday morning, the fire had burned over 1,100 acres with a 30% containment.

Baby Yoda hopes to visit and bring some magic to firefighters across the west this season. In a post on the way to the Sherwood fire Baby Yoda asked if anyone could connect them to crews of the Bootleg Fire in Oregon.

Sign up for the KREM 2 News 2 Know newsletter, and never miss top stories for Spokane and North Idaho: