Fire crews said on Monday morning evacuations have been lowered to a Level 1 for residents who live between Hazard Road, Austin and north to Ballard Road. 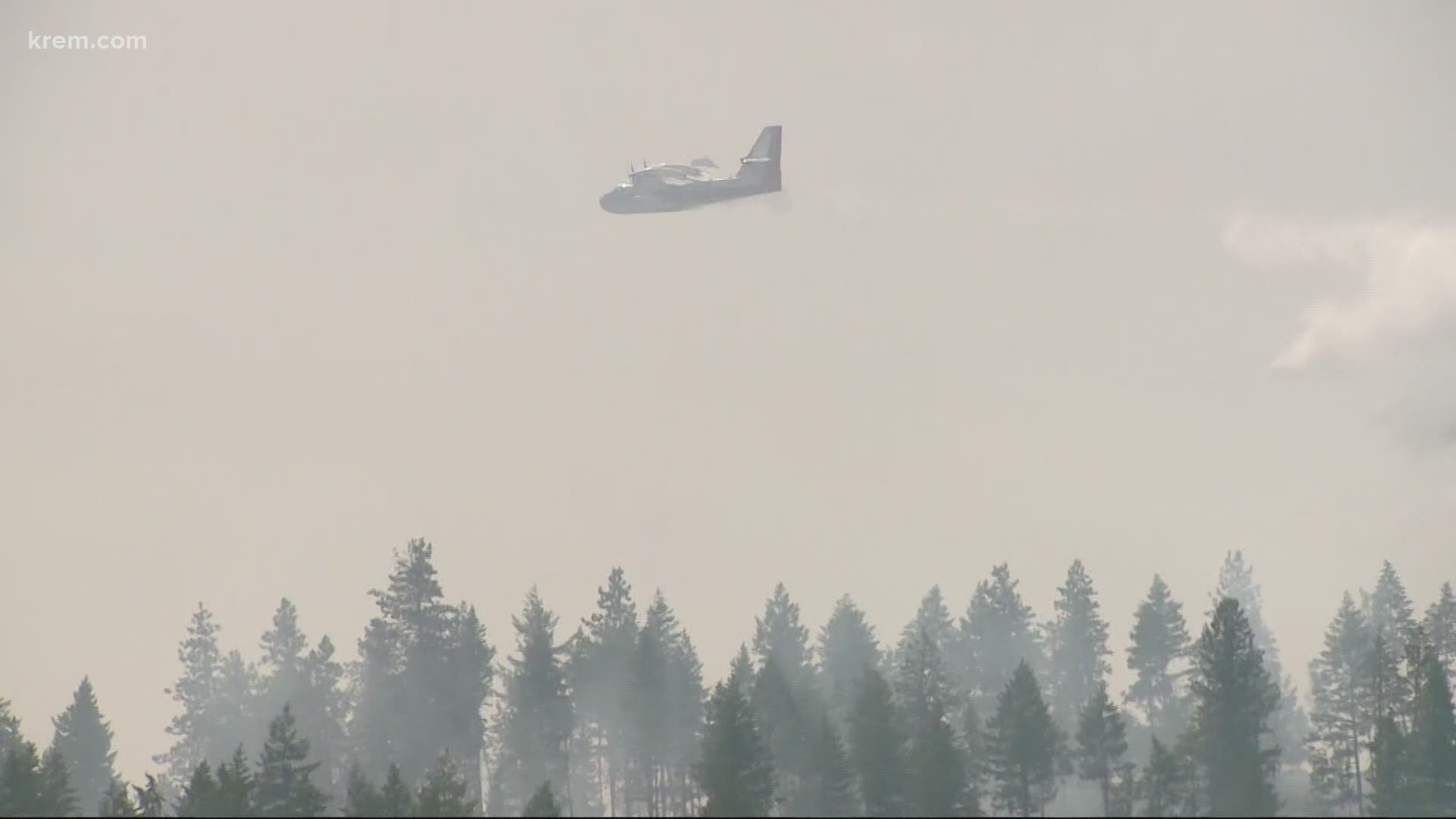 SPOKANE COUNTY, Wash. — Evacuations levels have been lowered for a fire burning off of Highway 395 near Mead, Washington, according to the Spokane County Fire District 4.

Fire officials said the Hazard Hill Fire is burning an estimated 50-70 acres with smoke visible in the sky. It began burning in heavy timber and brush just before 6 p.m. on Sunday, July 25.

As of Monday night evacuations have been lowered to a Level 1 for residents who live between Hazard Road, Austin and north to Ballard Road. This means people need to be ready to leave at a moment's notice. The fire is threatening homes and property in the area, according to the Washington State Fire Marshal's Office.

Captain Megan Hill with Spokane County Fire District Four said crews have gotten the upper hand on the fire thanks in part to a quick response from crews across the border in Idaho. Crews from across the border in North Idaho were among the first to arrive on scene, including the Northern Lakes Fire District in the Rathdrum area. It's part of a mutual aid agreement that helps agencies when they need help, a situation that Fire District 4 found itself in Sunday night.

"Its not unique that we had mutual aid partners but often they don't come from Idaho," Hill said. "But, you know, it makes sense because physically they're close, even if its a different state, but we rely on mutual aid partners for these fires because we are just so many people and wildland fires get so big so fast."

Another example of this outside help comes with the aerial resources on scene. Washington Department of Natural Resources crews arrived on scene Monday. Joining them are crews from across the state.

"We have units all the way from Grays Harbor Washington and that is so important to us and to them," Hill explained. "When they have bad fires, we go to help them, and when we have bad fires they come to help us. Its like one big happy family, one team, in Washington and Idaho."

All of the agencies helped crews get the upper hand on the fire in less than 24 hours. So far, Hill said no structures have been lost and no injuries have been reported.

This is one of two fires these crews will be working on in Spokane County the The Hardesty Valley Fire also sparked on Saturday. The cause of the fire is unknown.

This is a developing story. It will be updated as more information becomes available.