The 40,000 acre ranch has been in the Smith family for five generations. 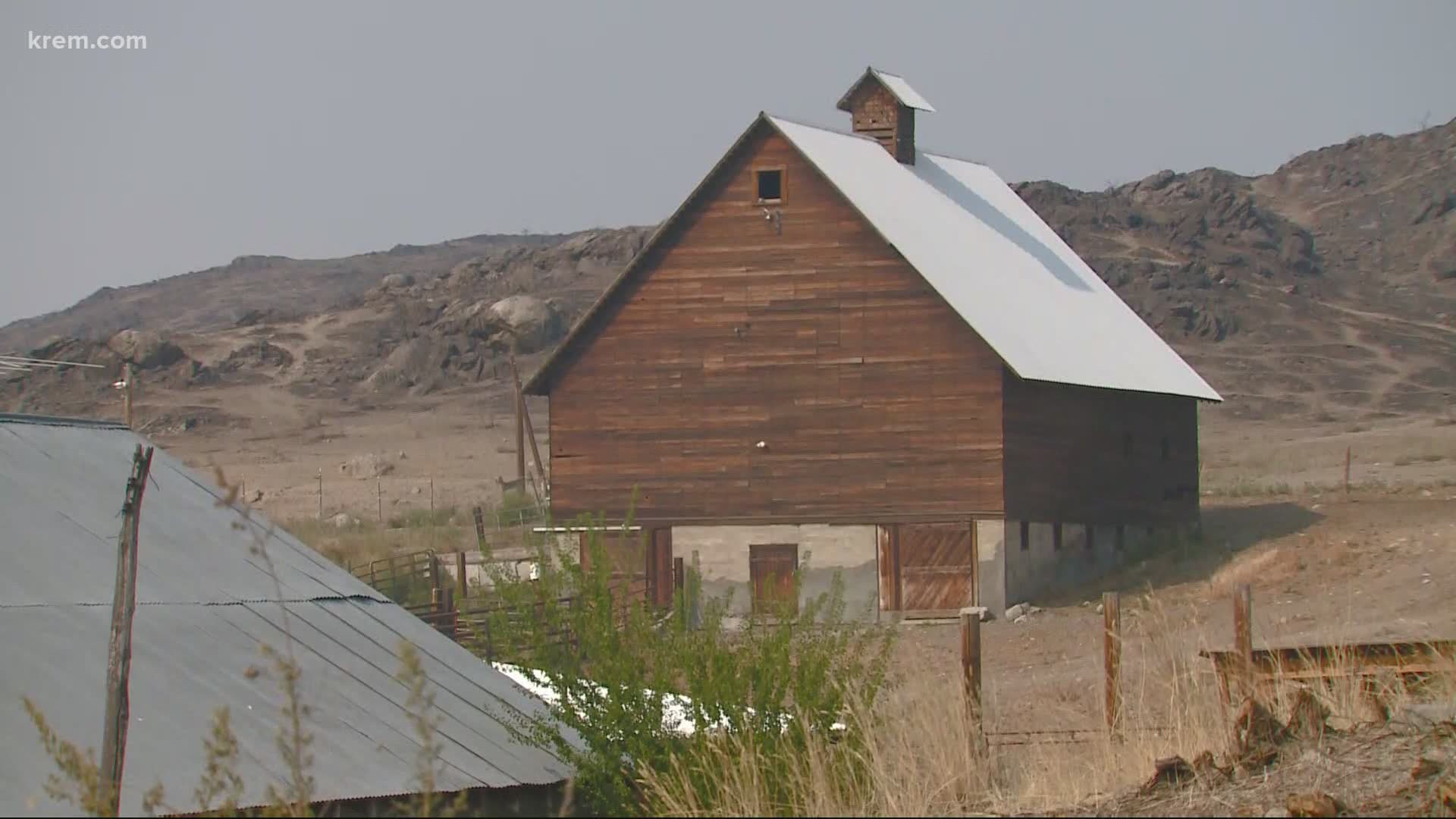 BREWSTER, Wash. — Standing amidst pasture that had burned just days before, the work ethic of Chandler Smith and her family members as they installed a new fence line made the devastating Cold Springs Canyon fire seem almost like a memory.

"I don't know if it's hit us yet," admitted Smith, a former Gonzaga basketball player, as she took a break from working on her family's torched property. "Because we're focusing on the next thing, the next task."

Over Labor Day weekend, most of the Smith family ranch outside of Brewster fell victim to the Cold Springs Canyon fire that has burned tens of thousands of acres across Okanogan County.

The 40,000 acre ranch, Smith explained, has been in her family for five generations.

Smith, a Brewster High graduate, was a redshirt senior guard for the Zags during the 2018-2019 season.

"I was here when we got the call," said Smith of the moment flames began encroaching on their land.

Smith was spending the holiday weekend helping out at the family ranch while her parents were out of town. But tasks of tending to cattle quickly turned into a fight to save the Smith family home.

"The wind was gusting so bad that we couldn't even see where we were going. It was just dirt everywhere," said Smith, describing the moment she and family drove to high ground on their ranch. "Once we got on top, it looked like a volcano was erupting."

Several area friends responded to the Smith ranch to help out the family as well during the fire.

While the ranch house, a more than 100-year-old barn, and a workshop were saved, the Smiths lost thousands of acres of pasture and hay fields. The ranch's irrigation system was damaged too.

"All of our pasture is gone, 90 percent of our hay," Smith said. "We're not necessarily sure how our cattle have fared through this fire, but also what we're going to do when they finally get to come home."

"We've lost every bit of pasture," reiterated Smith's father Dale. "There's not one stick of grass left. So it's going to impact us years down the road."

Four of the Smith's cows were hit and killed by cars after the animals wandered off in the aftermath of the fire. The family said they know several other cows were killed in the inferno too, but the family is still assessing the damage.

Moving forward, the family says they'll likely have to lease pasture for their cattle while their family ranch recovers.

Despite the loss of cattle and land, the Smiths emphasized that they were grateful for the help of their friends and colleagues who showed up to the ranch.

"I could name 20 people that just came out, and I mean, got dirty. They knew we were in need. So they just showed up," said Dale Smith. "At the end of the day, we're all here, we're all safe, we're all happy - we're all together. And that's a huge thing."