The fire started Monday afternoon in the Wenas Valley and grew quickly in high winds. 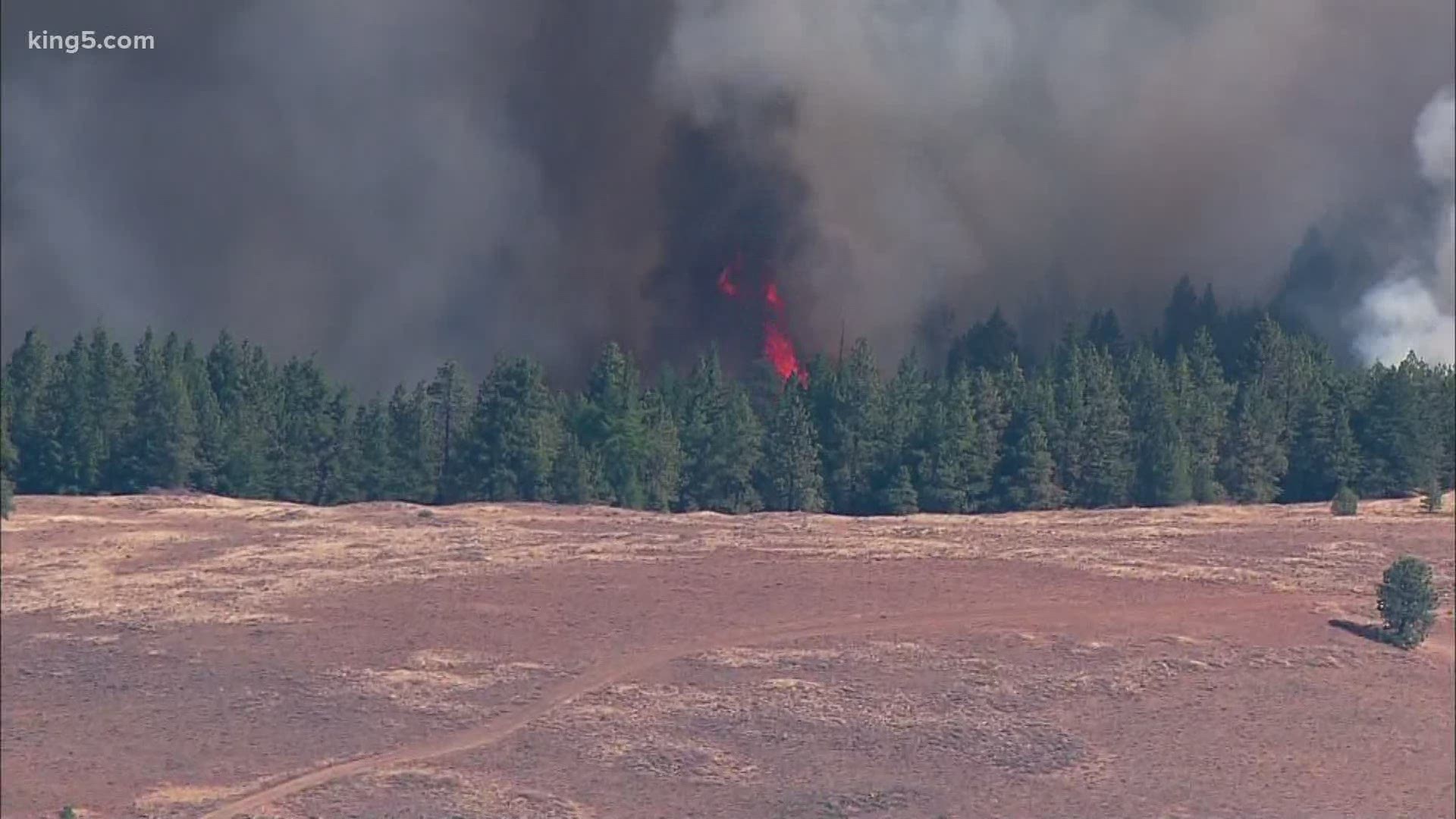 YAKIMA COUNTY, Wash. — A wildfire burning near Yakima has grown to an estimated 52,000 acres (81 square miles) and residents of about 900 homes are under evacuation orders.

The Evans Canyon Fire, north of the town of Naches, has destroyed five homes. The destruction represents the greatest loss of property to fire in Yakima County in nearly five years.

Airplanes on Thursday spent the day dumping water on the flames and firefighters on the ground were working on what's called a "burnout operation" to create a fireline on the east side of Clemens Mountain.

Fire officials said Thursday the fire is only 10% contained. The fire started Monday afternoon in the Wenas Valley and grew quickly in high winds.

The 900 homes under evacuation orders are north of Naches and Selah.

The Yakima Herald-Republic reported that State Route 821 through the Yakima River Canyon is closed. People are advised to use Interstate 82.

The Yakima Health District also announced the air quality there is unhealthy due to the massive amounts of wildfire smoke.

A county-wide burn ban is also in effect.