'Hopefully, everybody will be lucky now': Woman prepares to evacuate during Andrus Fire

There are about 200 homes under Level 3 evacuations for the fire in West Plains, which means people affected in those areas should leave immediately. 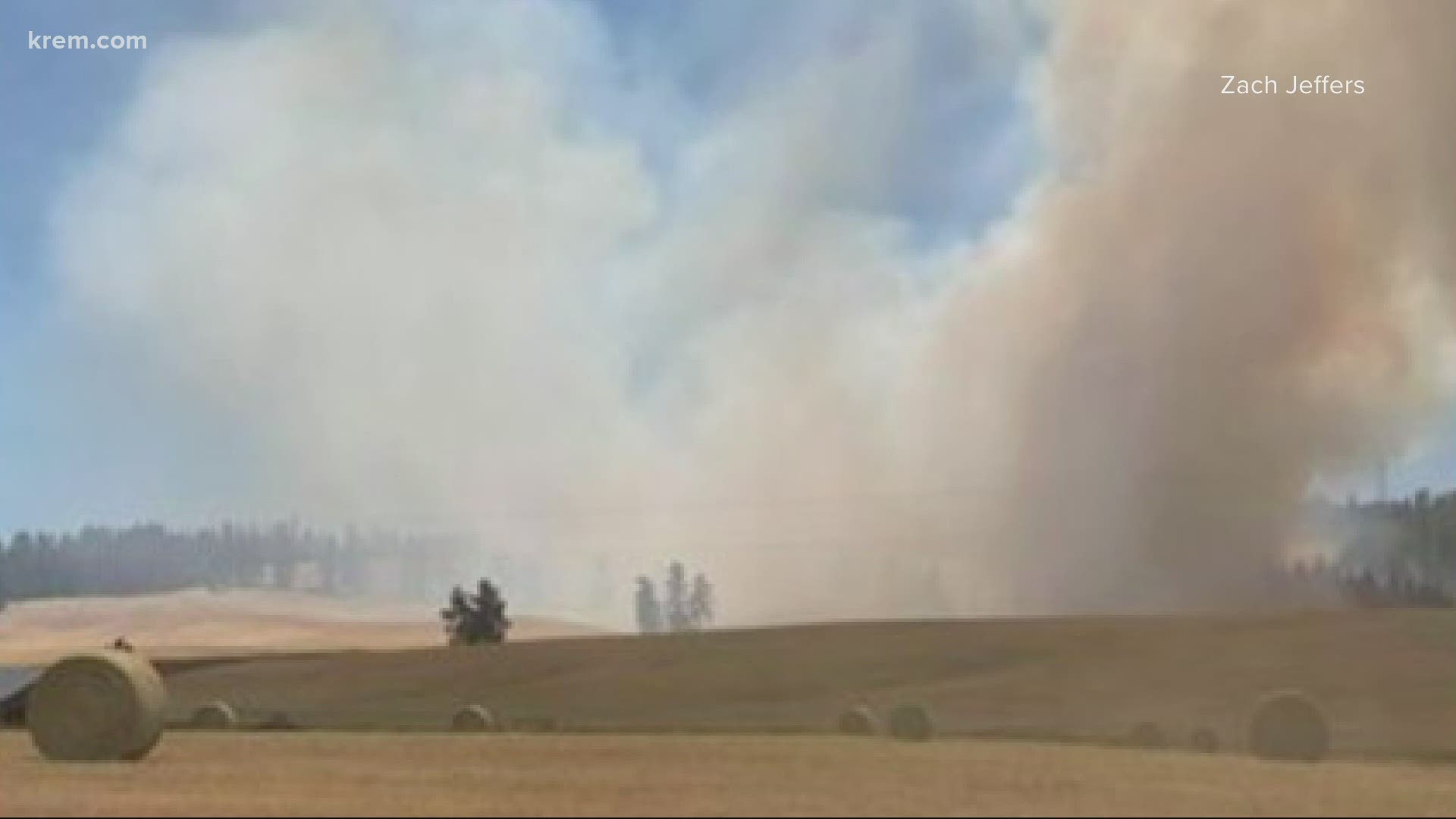 CHENEY, Wash. — The Andrus Fire continues to burn into Monday afternoon. Evacuations have gotten progressively more intense and widespread throughout the day.

There are about 200 homes under Level 3 evacuations for the fire, which means people affected in those areas should leave immediately. The evacuation zone includes West Andrus Road to Grove Road, north to Melville Road, west of the Fairways Golf Course and south on Thomas Mallon Road to the origin of the fire, according to Keller. Those in the affected areas should leave immediately.

KREM 2's Casey Decker spoke with a woman who has lived in the area for more than 50 years.

“Horrifying, because the wind is blowing and it’s blowing towards us. So it’s not fun," Martha Grimmett, who lives near the evacuation zone, said.

Her home was just outside of the evacuation zone at 3 p.m. and now she is collecting valuables in case she is told to leave at a moment's notice.

“We’re somewhat prepared. I did not think one thing about clothes or a toothbrush or anything. But our granddaughter did, so she’s helped, she’s doing pictures right now of things that we would forget.”

Most people are taking irreplaceable things and gathering valuables like family photo albums.

I’m live at Cheney Middle School where firefighters are now debriefing before another day of fighting the #AndrusFire https://t.co/GgVHpOodCg pic.twitter.com/XzgWr2VZFJ

People have been seen walking their horses and getting their chickens ready to go. Many people have been moving their animals and livestock where they are able to store at Spokane County Fairgrounds.

Most people are taking irreplaceable things and gathering valuables like family photo albums.

Grimmett said a fire threatened their property 40 years ago but ultimately stopped short of causing any real damage.