The fire reached full containment Sunday morning and local crews will continue to patrol and mop up the four fires in the coming days. 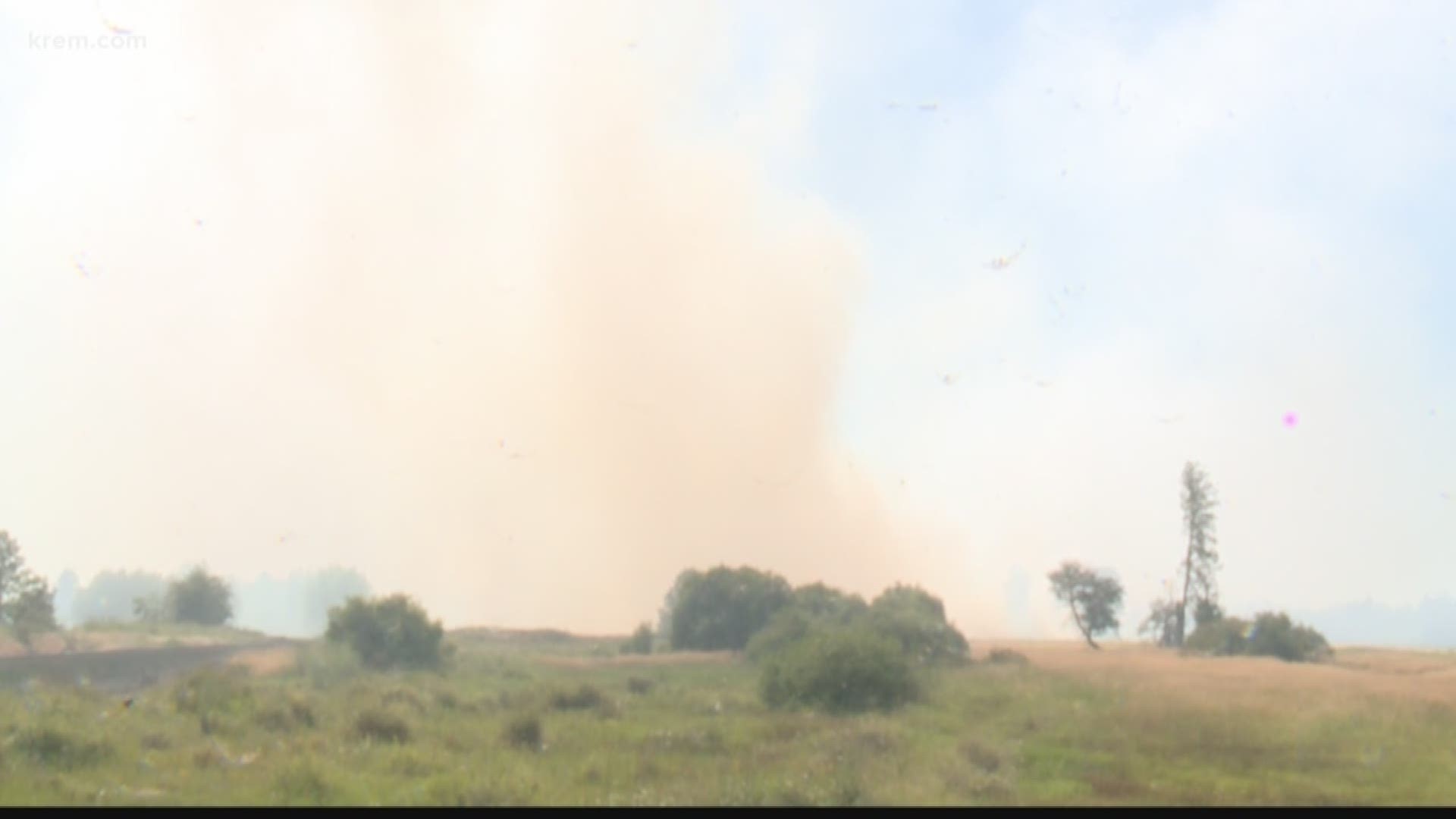 According to a press release from Washington State Patrol Trooper Jeff Sevigney, the fire was fully contained before 10 a.m. on Sunday morning. The final acreage for the fire is listed as 171.

Sevigney said some crews have been demobilized and that efforts on all four fires will be returned to local crews as early as Sunday afternoon, who will continue to patrol and mop up the fires in the coming days.

Fire officials say all four fires were sparked by lightning.

The fires have not merged. The Type 3 Incident Management Team, made up of fire crews from many different agencies that comes together for more complex incidents, is on scene.

Firefighting efforts helped to avoid damage to approximately 30 structures threatened by the fire.

Sevigney says crews did not see significant growth or new fire starts overnight. But officials will closely monitor the weather as the area could see more fire starts after lightning hit the area this week.

Volunteer firefighters prepare ahead of time

Firefighters from Spokane County Fire District 3 were the first to respond to the Graham Fire. The potential for a major fire is something they knew was a possibility and they began planning for it after Tuesday's thunderstorm.

"We saw the event coming, we planned for it, we staffed up for it, we talked about the potential and when it occurred we were ready," said District 3 Fire Chief Cody Rohrbach.

Rohrbach called in all hands on deck for the 130 volunteer firefighters. All but 10 went straight to the front lines.

"We were trying to prioritize the fire based on homes threatened, other values at risk, trying to get firefighters to the more urban areas first but also manage the other fires," Rohrbach said.

Their strategy worked, many credit their quick action for saving people's lives and homes. They put all their resources closest to where the fire was inching too close and where conditions proved most challenging.

"One we had dry fuels, because it's late July. the winds were also really challenging so they were not only drying any moisture we received from the night before but they're also pushing the fire," Rohrbach said.

All evacuation orders for the Cheney Complex fires have been lifted. Residents are encouraged to remain vigilant and use extreme caution outdoors.

DNR crews said winds helped to fuel the fire on Wednesday but minimal fire behavior is expected throughout the rest of the week.

The Graham Fire forced the closure of Highway 904 but the highway has since reopened. Officials said it also forced trains to drive slowly.

RELATED: How Tuesday's thunderstorms compare to past Inland Northwest storms