Crews have the CCC Fire 30 percent contained as of Sunday, as the blaze has remained steady at 528 acres. 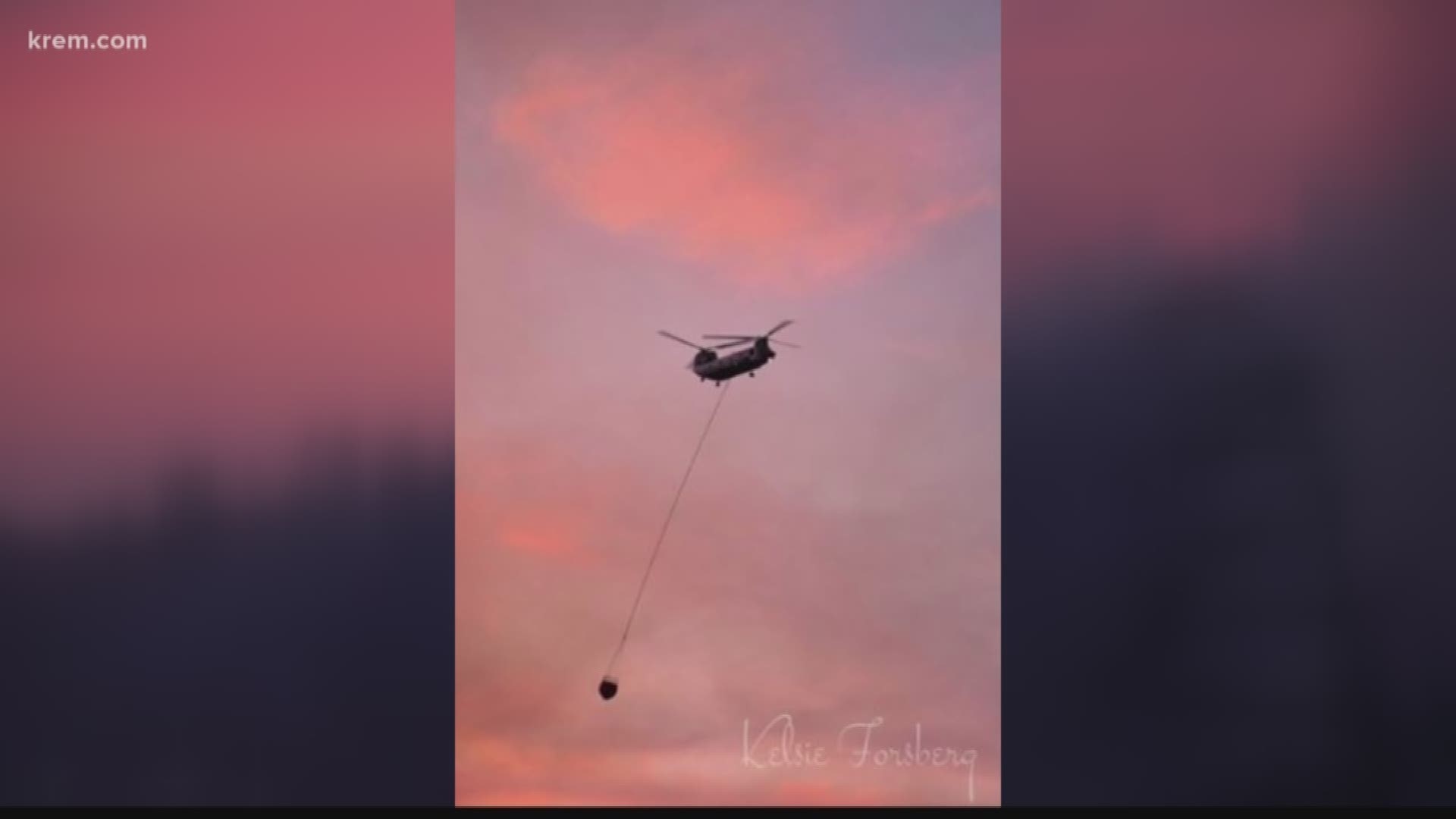 CATALDO, Idaho — A fire burning near Cataldo, Idaho, is 100 percent contained as of Thursday morning.

The CCC Fire burned nearly 450 acres about two miles north of Cataldo, and 25 miles east of Coeur d'Alene, on industrial timber property. It is burning right up against the Coeur d'Alene River.

Crews were able to achieve higher containment of the fire on Sunday due to higher humidity and lower temperatures over the weekend, according to a news release.

The fire has also led to road closures and reduced river access in the area.

CCC Road from Cataldo to Wall Ridge Road is closed. Road #259 is closed on the back side of Cataldo Mountain.

The Trail of the Coeur d'Alenes between Cataldo and Kingston also remains closed on Monday.

Those who float the Coeur d'Alene River will not be allowed to enter closed roads or trails to retrieve their boats. A Temporary Flight Restriction in the area, however, has been rescinded.

Sheriff's deputies say fire crews are overwhelmed with donations and do not need any more.

"Thank you to everyone who has supported all the crews," the Shoshone County Sheriff's Office wrote on Facebook.

“Praying for those who are fighting this fire today and keeping our homes safe,” she wrote.

Locals said being able to see and smell the smoke in town is making for a somewhat scary situation.

"I know there's the Mennonite church back there. And there's a few landowners on the hillside back there. I was just wondering how those guys are doing, because I know they have livestock. There's horses out there," said Cataldo resident Charkoosta Wickstorm.

According to Department of Lands Fire Information Facebook page, multiple aircraft have been used to drop both water and retardant to slow the fire's spread and allow ground resources to safely assess the fire.

The cause of the fire is under investigation. No evacuation orders have been issued and one home is threatened.

RELATED: Why is wildfire smoke so bad in the Spokane area? 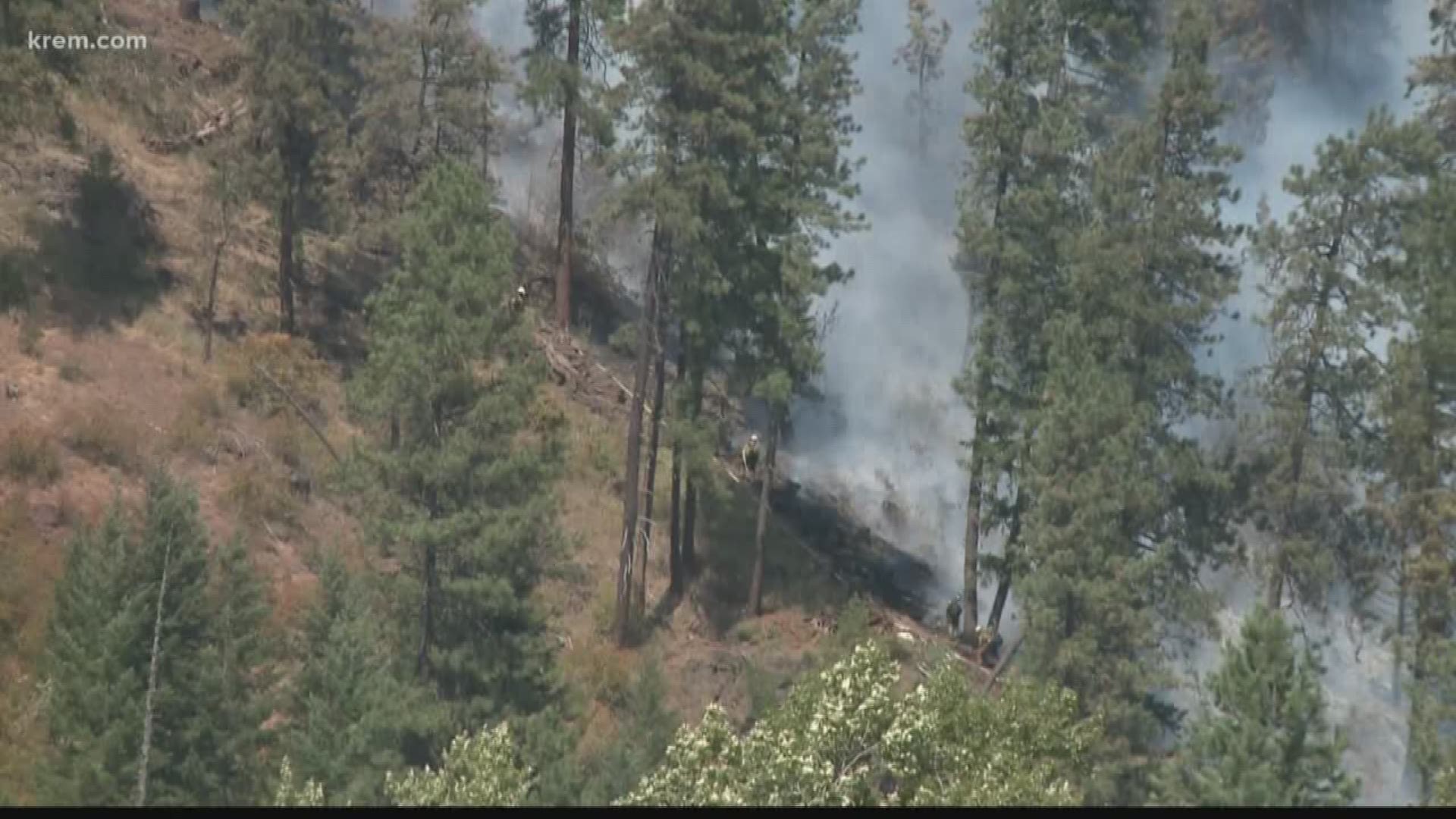