Crews on scene of the fire burning on West Sunset Frontage Road. All previous evacuations have been lifted. 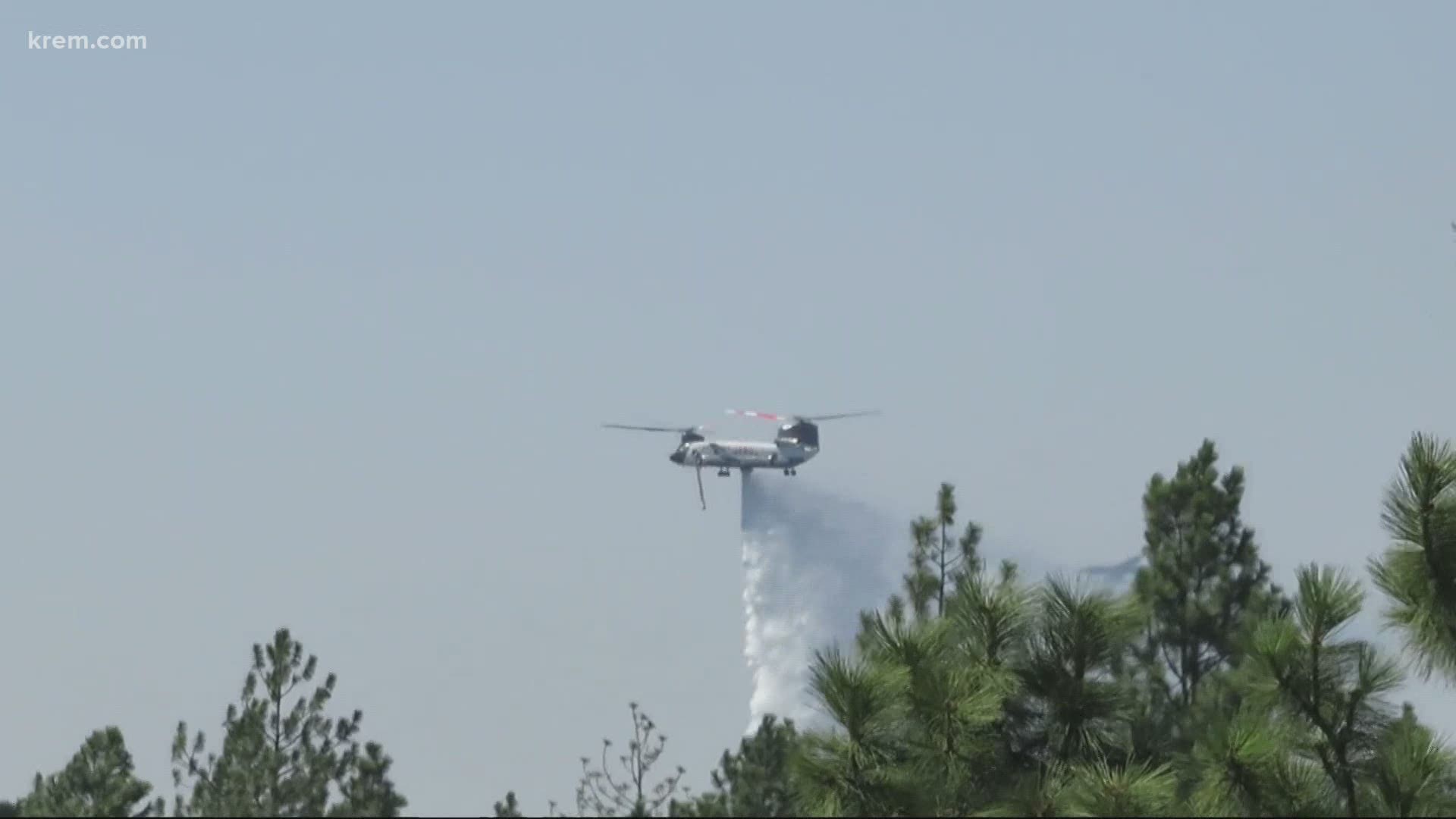 All evacuations have been lifted for the brush and timber fire burning near the Spokane International Airport.

The Sunset Fire started on West Sunset Frontage Road near South Grove Road around 12:45 p.m. It's about two-and-a-half miles away from the airport.

State Mobilization crews were called in to help fight the fire at the request of the Spokane Fire Department.

Evacuations ranging from Level 2 to Level 3 were in place for multiple roads, including Sunset Frontage Road, Basalt Road, Greenwood Road and Russel Road, were lifted on Friday afternoon.

More than 100 firefighters and six different agencies are responding to the fire.

“We’re blessed that we didn’t have any structures that were lost today," Schaeffer said. "That was 100% due to the courageous actions of the firefighters and the aircraft that were here. These two in tandem are really what saved lives today. We need to make sure that trend continues.”

Fire crews will likely be on scene for the next 72 hours to ensure that the fire is kept in check and 100% contained, Schaeffer said. He also expressed concerns about high heat and dry lightning in the forecast over the weekend.

RELATED: 90-degree heat returns to Spokane for the weekend and into next week

The cause of the Sunset Fire is unknown at this time.