How Avista is preparing for wildfire season in the Inland Northwest

Avista plans to implement a number of things to help prevent wildfires, including hardening its grid and switching out wooden power poles. 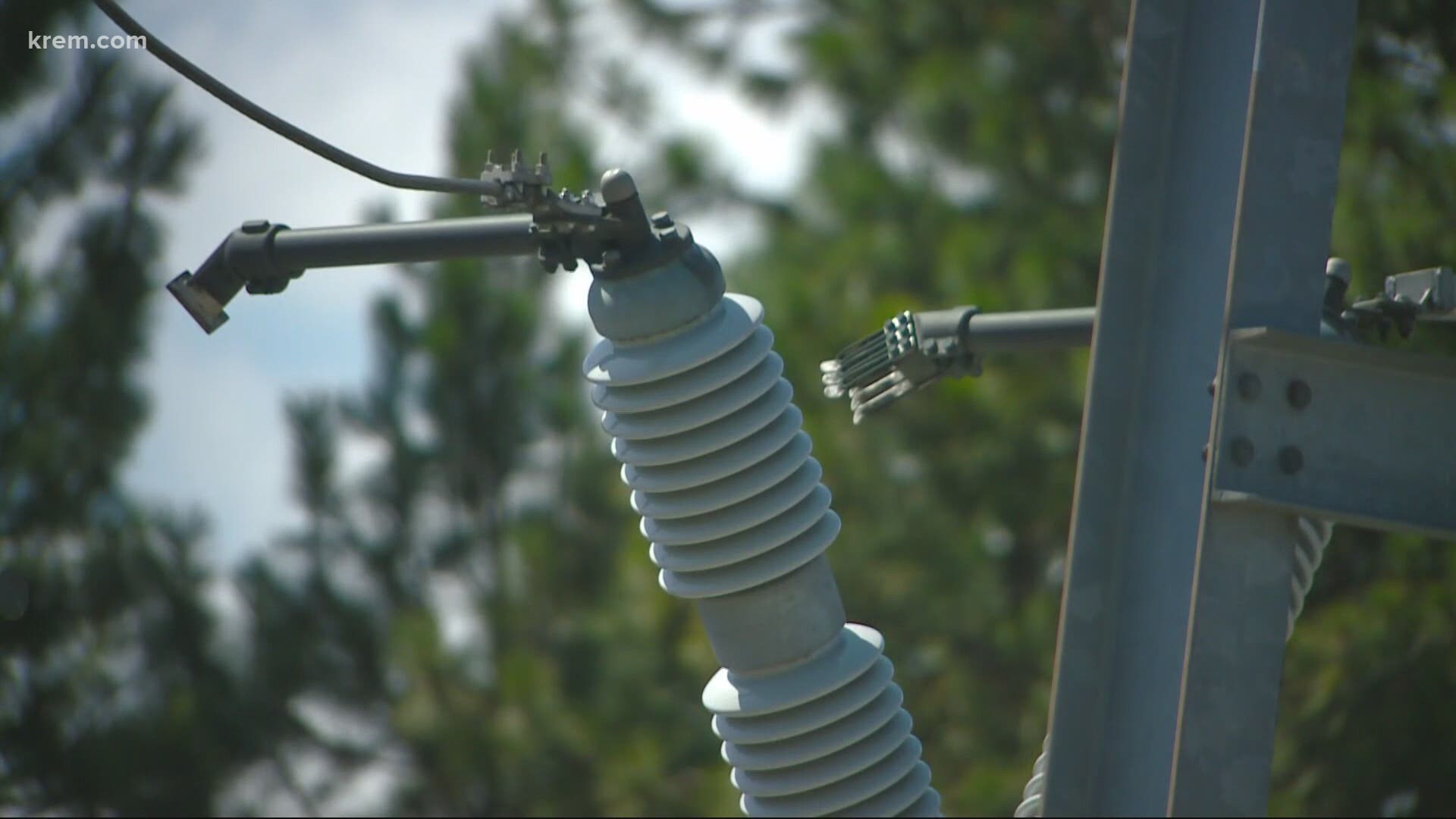 SPOKANE, Wash. — The Inland Northwest is gearing up for wildfire season and so is the area's biggest utility company, Avista.

A DNR report released on Tuesday found it was a tree limb that fell onto an Avista power line that caused last year's devastating Babb Road Fire that destroyed the towns of Malden and Pine City.

Avista plans to implement a number of things to help prevent wildfires.

According to Avista Communications Manager Annie Gannon, the company is working to harden its grid to make it more resistant to severe weather. They are focusing on grid hardening in areas of higher wildfire risk and making targeted changes. The company is also upgrading wooden transmission poles with steel and installing a special fire-retardant wire mesh around the bottom of wood poles. They’re also replacing wooden cross arms on poles with stronger fiberglass, Gannon said.

Avista continues to improve its vegetation management with routine tree trimming, and proactively identifying and removing trees that threaten equipment, according to Gannon.

The company has developed a fire-weather dashboard to provide information pm their entire service area that combines weather forecasting and fire risk assessment. Gannon said they work closely with regional fire protection agencies for their response to the threat of fires.

Avista is also changes its normal re-energization during hot, dry and windy conditions.

KREM 2’s Whitney Ward also spoke with Avista’s Director of Electric Operations David Howell about what’s being done to get ready for what could be another severe wildfire season.

David Howell: We've implemented recently, a comprehensive wildfire resiliency program, which is really setting our system up to operate safely during the hot dry summer months. And that program includes enhanced vegetation management. We also have been implementing a grid hardening program, which is making our system more resilient for these hot dry summer conditions.

Whitney Ward: Does it worry you when you hear in mid-May that we're already projecting a severe wildfire season?

Howell: We've seen the impacts of some recent wind events, even this year, during the summer. And this year, we're seeing much drier conditions. So those are a concern.

Ward: How much have things changed for you guys behind the scenes?

Howell: When we think about the last 10 years of the wildfire picture here in Washington, especially Eastern Washington. We're seeing changes really across Eastern Washington. And most utilities are responding to this kind of increased understanding of wildfire risk. We saw this happening in California, about 10 years ago, and a much more substantial response in the northwest in the last three years.

Ward: Has there been any talk about the possibility of rolling blackouts the way that we started to see it in California?

Howell: The rolling blackouts are a little bit different, because that's a capacity related issue. Typically, you'll see public safety power shut offs utilize when there are extended wind periods. So, they have the Diablo wind in the Santa Ana winds. And then California has drought conditions that are more severe than we're seeing in the northwest. We’ve developed a wildfire resiliency program that is specific it's really specific to our region. And we currently do not have public safety power shut offs as part of our operating strategy.

We go into summer operating conditions, we refer to it as dry land mode. But what it does is it disables reclosing on our circuits. What customers typically see is that their lights will go out. And a few moments later, the lights might come back on and the system operated safely, just like it's supposed to. But during the summer season to make sure that we're operating at the safest way possible. We disable that reclosing feature. So unfortunately, customers may see a little bit longer restoration times, but we're making sure that we do that for their safety. We are seeing the drought conditions similar to what we saw last year. But you know, we have not seen much moisture this spring. The threat of the impacts of this drier condition is... it's a reality.