After Silverwood shut down Friday due to the Fire, they were able to re-open Saturday. 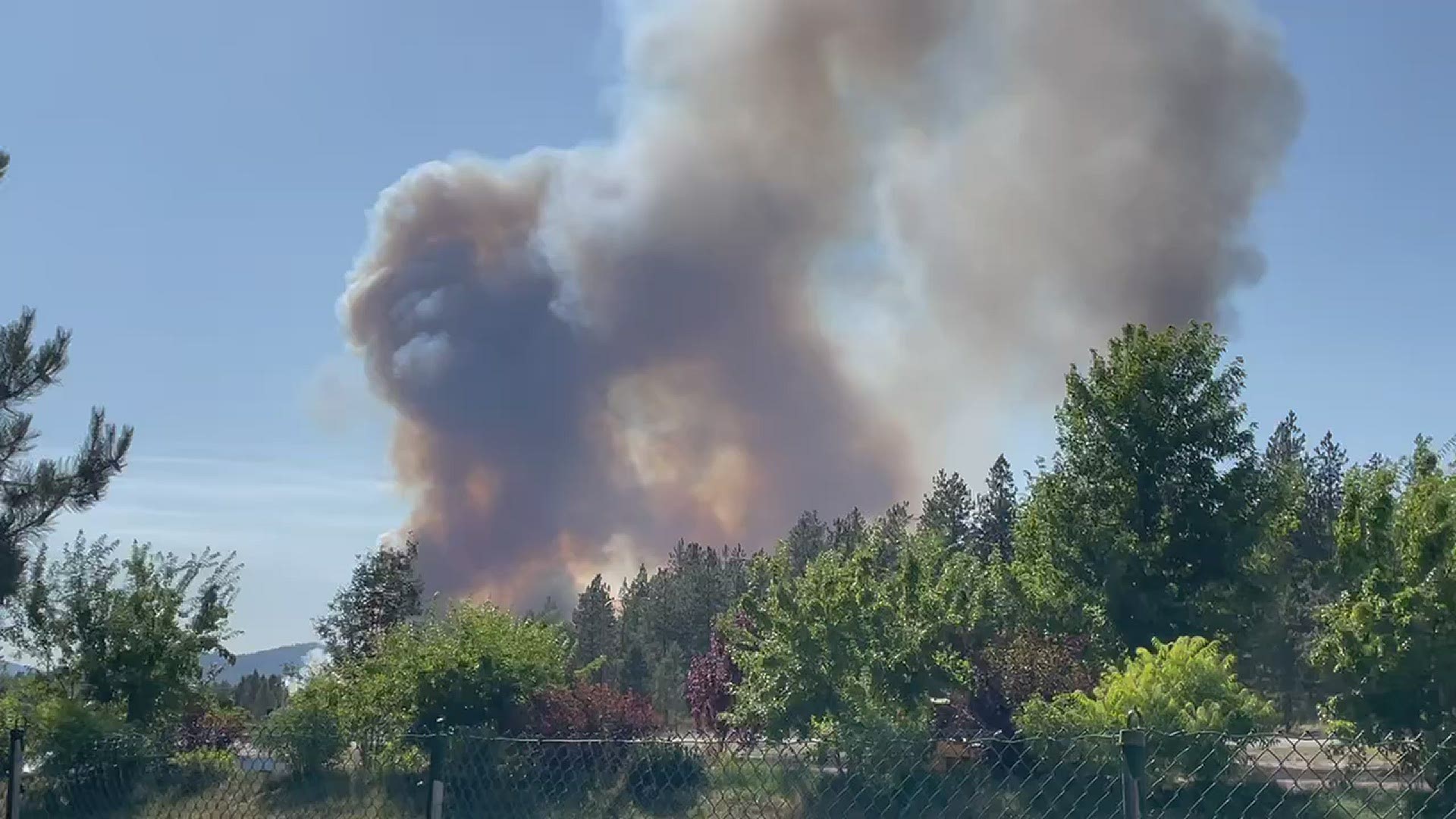 That fire burned approximately 87 acres and damaged two outbuildings and cars in the area. The fire is 90% contained, according to the Idaho Department of Lands.

Lt. Ryan Higgins said the sheriff’s office is doing door-to-door evacuation notices in the area. Higgins said Silverwood was asked to shut down and the theme park later confirmed that they are working to evacuate.

On Saturday Afternoon, the Kootenai County Sheriffs Office was allowing residents to return to the area.

Previously, There were multiple areas where level 3 (GO) evacuations have been made, according to the Kootenai County Sheriffs Department Facebook post.

The immediate evacuations were issued for Clagstone to Ramsey, Bruner to Remington and Dragnal Rd. to Hunters Grove.

As of 9 p.m. Friday, KCSO had no estimates on the containment of the fire or estimates on when evacuated residents can return to their homes.

No emergency evacuation centers had been opened, but they are being prepared in case they are needed, KCSO reported. The Kootenai County Fairgrounds has opened for emergency boarding of livestock.

KCSO reminded residents near the fire area to prepare for additional evacuations, prepping "go bags" with important items and emergency supplies. Deputies also asked residents to refrain from traveling through the area due to road closures and emergency vehicle traffic.

Idaho Department of Lands planes are on scene working to put the fire out. Timberlake Fire is on scene and Selkirk Fire is sending crews to the area.

Silverwood Theme Park tweeted at 8 p.m. Friday that they will remain open on Saturday unless conditions get worse.

Silverwood will be open tomorrow, Saturday 7/24, unless we are told by local authorities that it is unsafe due to a fire in the area.

Mick Thomas with IDL said three engines are on scene and three more are on the way. He said two helicopters and two tankers are also on the scene.

It’s unclear how the fire started or if any buildings have been damaged.

This is a developing story and will be updated when more information becomes available.