The Andrus Fire near Cheney is now burning 232 acres and has reached 80% containment. 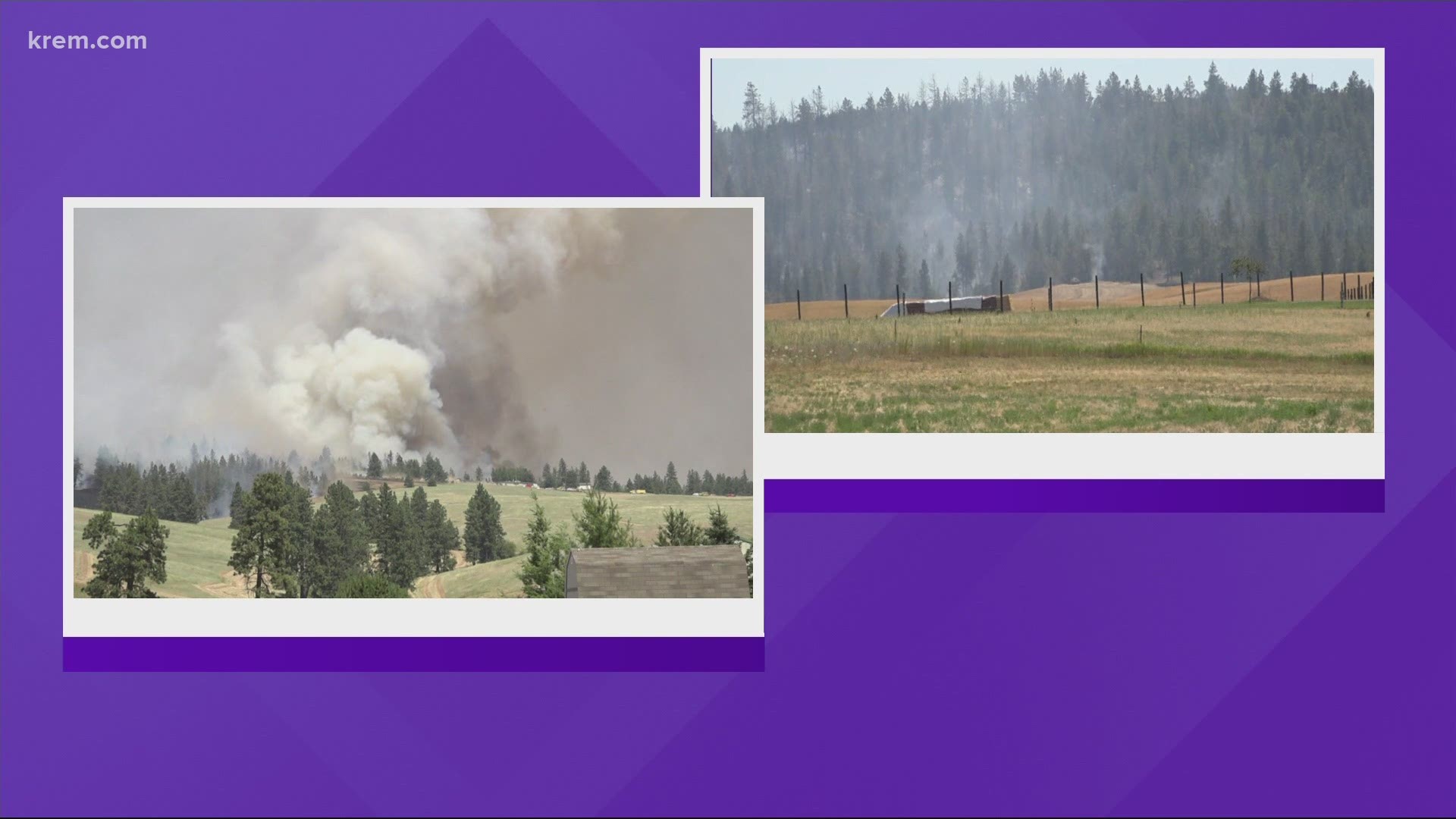 SPOKANE COUNTY, Wash. — All evacuation orders and road closures have been lifted on Saturday for a brush fire burning near Andrus Road in the West Plains near Cheney.

There is currently 229 personnel assigned to the incident and to date there have been no reported injuries or any structures lost.

The fire is burning 232 acres and has reached 80% containment, according to Trooper Sevigney.

Cooler weather and low winds are expected today as crews continue to focus on mop-up.

On Tuesday night, the Red Cross shelter set up at Medical Lake High School closed at 8 p.m., due to lack of usage by community members.

The Red Cross is still willing to open on a case-by-case basis for anyone seeking shelter. Anyone displaced by the fire who is still in need of shelter can call Crime Check at (509) 456-2233.

According to Trooper Sevigney, the focus has shifted to focusing on areas such as strengthening the fire line, searching for additional hot spots and working on trees that have burned and are ready to fall. Crews worked overnight Tuesday into Wednesday to put out hot spots and secure the containment line, according to Sevigney. The fire started at about 11:30 a.m. near Andrus Road.

The fire was able to spread quickly because of the low humidity and dry conditions, Sevigney said. Authorities have not yet released a cause of the fire.

As of Thursday morning, there have been no structures lost or any reported injures, according to Sevigney. Department of Natural Resources officials are projecting that they will wrap up the fire this weekend or early next week, Keller said.

Some road closures are still in effect, such as this one at Thomas Mallen and Melville pic.twitter.com/15ju5qinn0

According to Sevigney, the fire was initially burning in a group of trees on Monday and then moved into grass and fields.

Aerial crews also dropped water directly on the flames instead of in front of them due to the winds picking up. One retardant ship had to withdraw due to mechanical issues.

Sevigney said to move to the shore if you're in or on the water when aerial fire crews come to collect water. He also said no donations for fire crews are needed, so those that want to donate should reach out to local charities and food banks.

The wind  caused issues, especially while aircraft were initially trying to check the fire, Sevigney said. KREM's Mark Hanrahan tweeted these aerial views of the fire. He said he was flying back into Spokane and could see the smoke from the plane window.

The wildfire burning in Cheney was easily visible as we flew back into Spokane. pic.twitter.com/eZ7rdCKpAX

A large smoke plume was visible on Monday from Spokane's South Hill. Multiple KREM 2 viewers have sent photos and videos of the smoke from High Drive and other nearby areas.